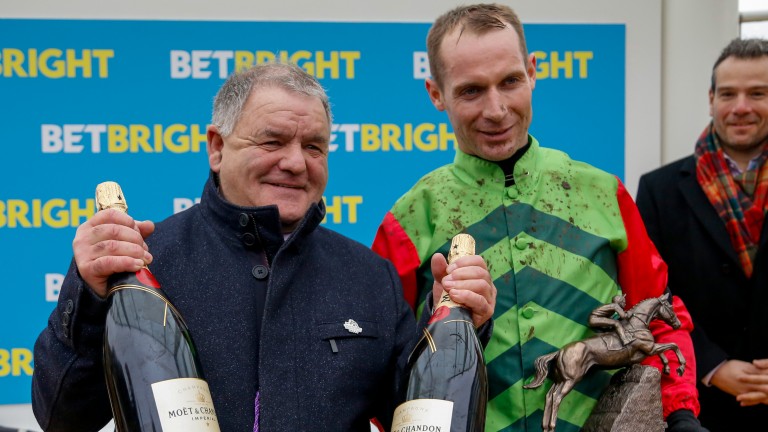 Brian Ellison's jump runners are on a strike-rate of more than 50 per cent and the trainer is ready to take his flying form into key races at Cheltenham and Aintree this weekend as he sends a small but select team from his Norton base.

With 11 winners from his last 20 jumps runners, Ellison could not be in better form as the season moves up a gear.

The Yorkshire trainer said: "The horses are running well and it's been a great start. It's all about having nice horses and we've got some this season."

The leading dual-purpose handler confirmed Forest Bihan's participation in Sunday's Old Roan Chase (3.00) at Aintree on Sunday, rather than the Randox Health Handicap Chase (3.10) at Cheltenham on Saturday, for which he was vying for favouritism with some firms.

Forest Bihan, owned by Phil and Julie Martin, is set to take on Kalashnikov and Frodon in the Grade 2 contest, for which he is a general 9-1 shot.

"His owner wants to go to Aintree, it's a step up in trip but we think he'll get it," said Ellison. "He's improved for his first comeback [at Kelso earlier this month] and is in great form. He's always had loads of ability and is definitely up to this level."

The stable are still set to be represented in the two-mile contest at Cheltenham as last year's Greatwood Hurdle victor Nietzsche will take his chance.

"He's run some great races at Cheltenham, winning the Greatwood and finishing third in the Fred Winter, so he obviously likes the place," said Ellison.

"He can be a bit careful over the fences early on in his races but after that he's fine. It's a good handicap but he has fitness on his side." 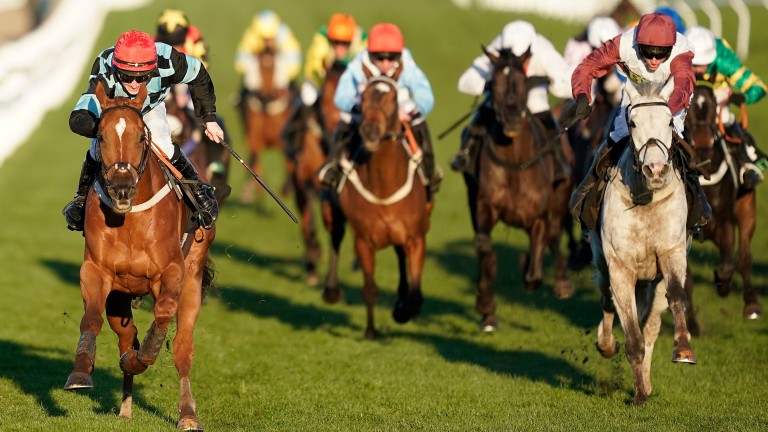 The Martins have reaped the benefits of Ellison's excellent form with four winners in the last fortnight and also own stable star Definitly Red, who is on course to defend his Charlie Hall crown on Saturday week.

"It's all systems go for Wetherby," added Ellison. "He's had two racecourse gallops at Newcastle and Wetherby and is pretty forward. He'll go down the same route as last year with Aintree afterwards, then we'll look at the Gold Cup and Grand National later in the season."

Vintage Clouds, runner-up in last season's Ultima Handicap Chase, will head to Kelso on Saturday for a potential clash with 2017 Grand National hero One For Arthur in the Paxtons Exclusively Kverneland Chase (3.00), instead of taking up his entry at Cheltenham on the same day.

Trainer Sue Smith said: "He's had a good summer, looks terrific and will go to Kelso on great terms with himself."

FIRST PUBLISHED 5:31PM, OCT 23 2019
It's all about having nice horses and we've got some this season