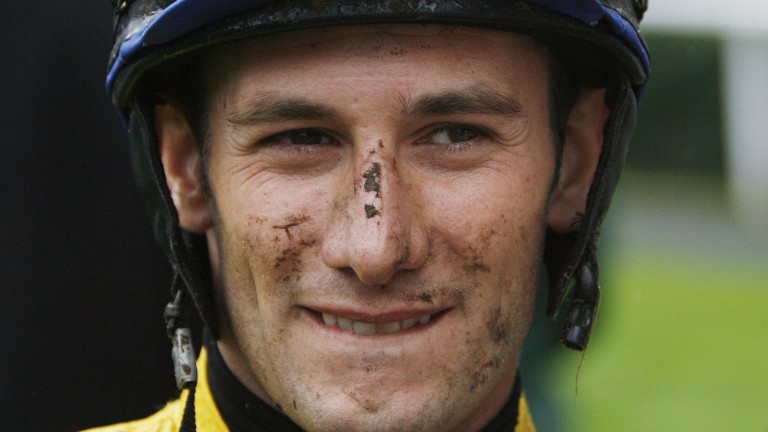 Favourite Red Falx repeated last year's win in the Grade 1 Sprinters Stakes at Nakayama on Sunday with another narrow success.

A dramatic last-strides winner by a head in 2016, Tomohito Ozeki's grey again came fast and late for Mirco Demuro but extended his superiority marginally in the 16-runner event, scoring by a neck from Let's Go Donki.

As he had been in 2016, Red Falx was unhurried and sat way off the pace in mid-division. He still had a significant amount of ground to cover at the top of the straight, but in a field that contained six Japanese Grade 1 winners and a strong Hong Kong challenger in Blizzard he squeezed through a gap between Fine Needle and Nero at the furlong pole and unleashed a monstrous drive to collar Let’s Go Donki just before the line.

He was a 21st Japanese Grade 1 winner for Demuro, who also rode him last year and whose phenomenal success in Japan saw him overtake Frankie Dettori as the world's number one Italian-born jockey, according to the Thoroughbred Racing Commentary global rankings published earlier this year.

Gerald Mosse offered no excuses after Blizzard finished fifth, while trainer Poon-fai Yiu, a previous winner of the race, said: "He stayed on strongly but the winner was too good – there was no way we could beat him today. He’s a horse who always tries his best to please you and gave a good run."

FIRST PUBLISHED 12:33PM, OCT 1 2017
In a field that contained six Japanese Grade 1 winners and a strong Hong Kong challenger he squeezed through a gap and unleashed a monstrous drive