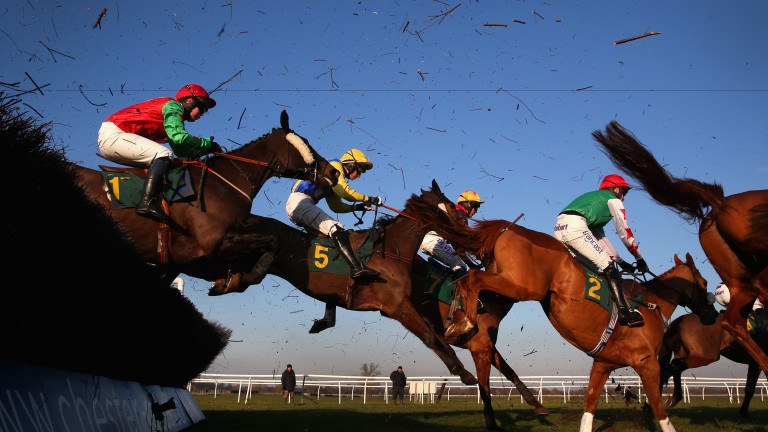 Bangor stages the richest raceday in its history on Wednesday, headlined by the Anne Duchess Of Westminster Memorial Handicap Chase (1.50), which has attracted 14 runners.

Perfect Candidate has run his last seven races at Cheltenham but comes here in preference to Saturday's Grade 3 BetVictor Handicap Chase, in which he finished a close-up fifth 12 months ago.

"I think the ground might be a bit softer for him at Bangor and last year when he went to Cheltenham he'd already had a run," said trainer Fergal O'Brien.

"I didn't want to give him a really gruelling race to start off and hopefully if he comes out of it well as he'll go to the Becher Chase next."

Charlie Mann has the Hennessy Gold Cup pencilled in as the aim for Seventh Sky.

"He's in the Hennessy at the end of the month and I'm desperate to get a run into him," said Mann.

"He's been for a racecourse gallop at Newbury and is as fit as we can get him at home so I'm hopeful."

"It's a hot little race and she'll like the ground," said Bowe. "She won nicely last time and I'm hopeful of a good run."

Clerk of the course Andrew Morris admitted the dry spell in the build up to the card had caused some concern, but rain through the latter part of Tuesday and overnight should provide a good to soft surface.

"This is the richest day's racing in Bangor's history and the first time we've staged a Listed race," said Morris.

"The racecourse is very keen to support mares' races and I'm pleased with the Listed race, which has attracted four interesting runners."

The other feature on a card boasting £93,500 in prize-money is the Bathgate Group Handicap Hurdle (3.00), which has drawn a field of seven.

FIRST PUBLISHED 6:00PM, NOV 8 2016
He's been for a racecourse gallop at Newbury and he's as fit as we can get him at home so I'm hopeful