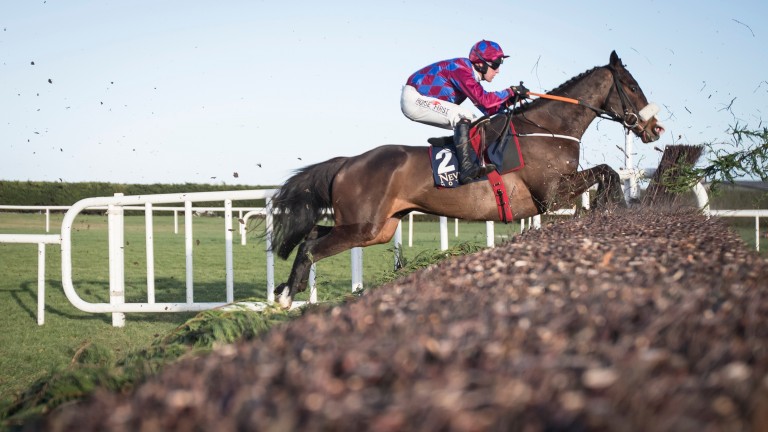 Jury Duty: favourite to record back-to-back wins in the Down Royal feature
Patrick McCann
1 of 1
By Brian Sheerin 6:00PM, MAR 16 2020

Ratings suggest Jury Duty should be hard to beat in his bid to land successive runnings of this race but his form this season suggests he's operating well below his mark.

What is also a worry for Jury Duty, who is fitted with first-time cheekpieces, is the ground looks set to be testing, which could bring stablemate Monbeg Notorious into the reckoning.

Monbeg Notorious provided Gordon Elliott with his first Thyestes Chase win on what was borderline unraceable ground at Gowran Park a couple of seasons ago before landing a Grade 2 novice chase at Navan.

However, like Jury Duty, he hasn't been at his best recently, although his midfield finish in the Leinster National was a step in the right direction.

If he could recapture his old form, Monbeg Notorious could be a hard horse to pass over an ideal trip and on ground he relishes. 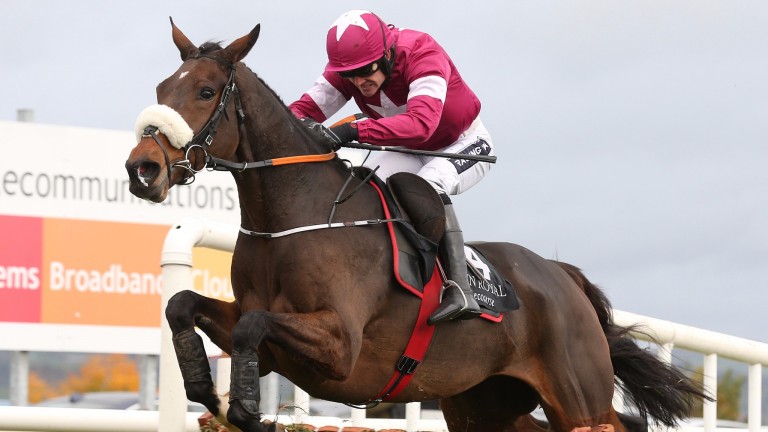 Fine Rightly has been a terrific horse for Stuart Crawford, another trainer with a good record in this race, but he will need to roll back the years in order to go close.

The same can be said about Ned Stark, an Elliott castoff, who makes his debut for Sarah Dawson.

That means the only real threat to Elliott extending his winning sequence is the Jessica Harrington-trained Moonshine Bay, a previous course winner who stays and jumps very well.

He has been contesting some two tough handicaps his term and should not be underestimated dropping back into this company.

Gordon Elliott has won four of the past five runnings, including last year when successful with the returning Jury Duty.

Stuart Crawford has won this race three times since 2012, including with Fine Rightly in 2016, who is back for more and bidding to win his first race in almost four years.

Stuart Crawford, trainer of Fine Rightly
He’s been a brilliant servant winning nine races but he’s just becoming a little bit harder to train. That said, he doesn’t have a huge amount of miles on the clock and we’d be hopeful there's another day in him. He might just need the run though.

Jessica Harrington, trainer of Moonshine Bay
He got stuck in the mud the last day. This is the right trip for him and I hope it won't be too heavy.