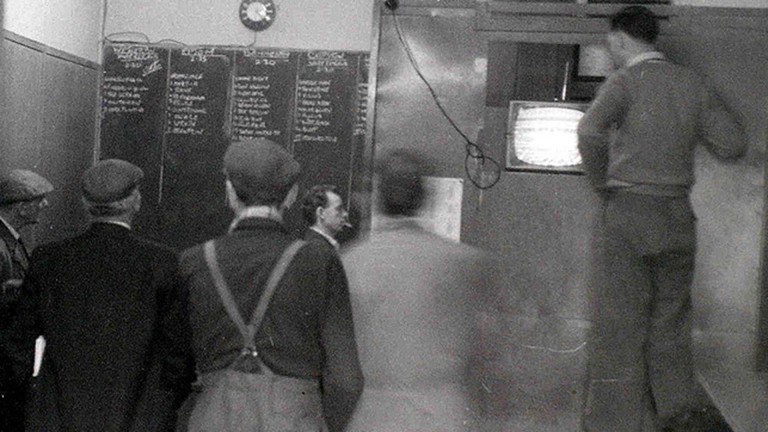 Betting shops became legal in England 60 years ago this month and a fascinating BBC archive clip has shown the reaction to the move in 1961.

Licensed betting shops opened their doors on May 1 that year, offering an alternative to on-course bookmakers or illegal operations on the streets, and the BBC garnered the public's views in two new establishments in London.

The correspondent tells viewers the only inducement towards betting was the lists of runners in shops and besides that likened the experience to being in a small post office. A bet slip was timestamped, as was the receipt, with punters notably sporting smart attire, including gentlemen in suits, in the footage.

On the legalisation of betting shops, the response was varied, and on occasion, quite entertaining.

A few days later News Extra dropped in on some brand-new bookies, and discovered what punters and people on the street thought #onthisday 60 years ago. pic.twitter.com/oSxCyozAZT

One gentleman said: "I think nothing of these betting shops, I'd sooner be on the street corner." Another disagreed, saying: "They're a great innovation. It brings the surreptitious and undercover off the streets and into a legal situation. When you have a place like this that's so nice and so well done out, it's a fine thing."

Others welcomed the move, saying it should have happened years ago, and it was not just gentlemen frequenting the new shops.

What does the future hold for betting shops – and what will they look like? (Members' Club)

One lady said: "They're a wonderful idea. They're a great asset as there's no need to run round corners. You can come in here openly, have your bet and there's no fears or worries at all."

Another lady added: "They're a very good idea indeed. As long as you back the right horse you're bound to get your money!"

FIRST PUBLISHED 3:02PM, MAY 6 2021
They're a very good idea indeed. As long as you back the right horse you're bound to get your money!