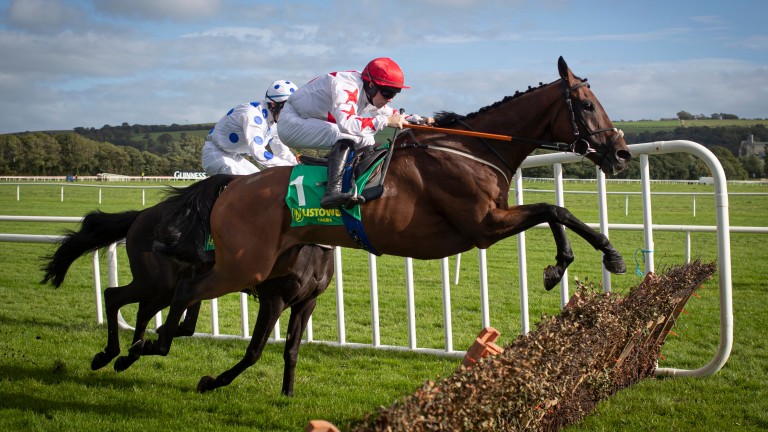 Darver Star: will be bidding to cause an upset at Leopardstown on Saturday
Patrick McCann
1 of 1
By Brian Sheerin UPDATED 11:24AM, JAN 30 2020

Everybody loves a good underdog story and Gavin Cromwell is no different with the trainer hoping his unlikely PCI Irish Champion Hurdle contender Darver Star can cause a massive upset at Leopardstown on Saturday.

Darver Star has come a long way since landing a handicap hurdle for Cromwell at Wexford off 106 last summer and will line up in Saturday's showpiece off a 42lb higher rating.

Cromwell, who knows what it takes to win a Champion Hurdle, having managed the career of the brilliant Espoir D'Allen, admits his hand was forced somewhat with Darver Star, who is no longer a novice since the turn of the year. 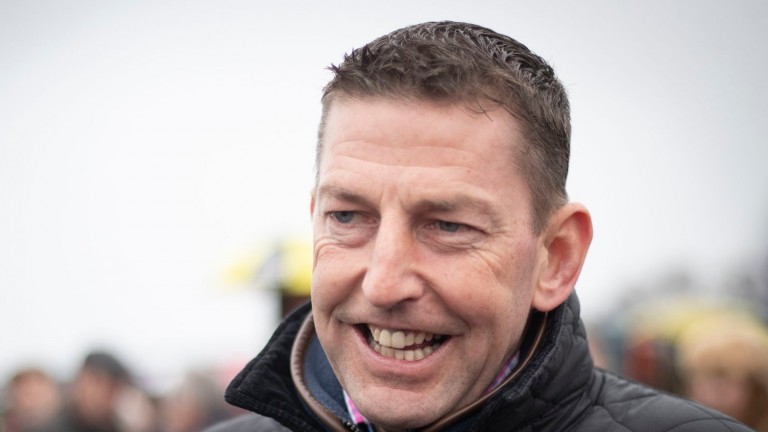 Gavin Cromwell: "He got a small bit of a knock at Leopardstown and, I suppose we were being a bit optimistic and were hoping that he'd be okay in time for Cheltenham.”
Patrick McCann

He said: "Our hands are tied a little bit as where else do we go? I suppose we could go for the Boyne Hurdle at Navan, but that isn't for another couple of weeks and that would be getting a bit close to Cheltenham.”

Cromwell added of the general 20-1 chance: “He is an underdog and he has a lot to find but the race could cut up a bit and he could have a place chance. There's a lot of money on offer for placing.

“There are a couple of handicaps for him at Cheltenham if it doesn't work out and he's probably going to go chasing next season so we'll give it a lash and see how he gets on. He's not a young horse but he doesn't have many miles on the clock.”

It's not all about Darver Star for the stable this weekend with Cromwell also represented by Wolf Prince in the Grade 1 Tattersalls Ireland Spring Juvenile Hurdle, although the trainer admits he has his work cut out to turn the tables with his Christmas conqueror Aspire Tower.

Cromwell said: "Wolf Prince nearly has no chance of beating Aspire Tower if he turns up in the same form as he was over Christmas but, at the same time, you should never be afraid of one horse. You never know what could happen on any given day.”

Asked what else he has to look forward to over the two-day bonanza, Cromwell, who is enjoying his best ever season in terms of winners, said: “Jeremy's Flame is also quite interesting. She runs in the mares’ handicap hurdle on the Sunday. Her form is solid.

“She was second in the Tolworth Hurdle last time and I think she's not badly handicapped. There looks as though there'll be loads of pace in the race and hopefully it's run to suit her.”

Princess Yaiza, by far the best horse Cromwell has trained on the Flat, having won a Group 2 at Longchamp in 2018, has returned to the trainer after an unsuccessful stint in America.

The mare has been declared for Dundalk on Friday, while Cromwell has one eye on a lucrative staying handicap in Saudi Arabia next month.

Cromwell concluded: “She's entered in the staying handicap in Saudi Arabia and that would be the plan if we get the invitation.

“We're delighted to have her back – she's been back since early November so she's something to look forward to.”

FIRST PUBLISHED 8:30AM, JAN 30 2020
We're delighted to have her back - she's back since early November so she's something to look forward to