Oisin Murphy: I'm like a fresh two-year-old just wanting to get going 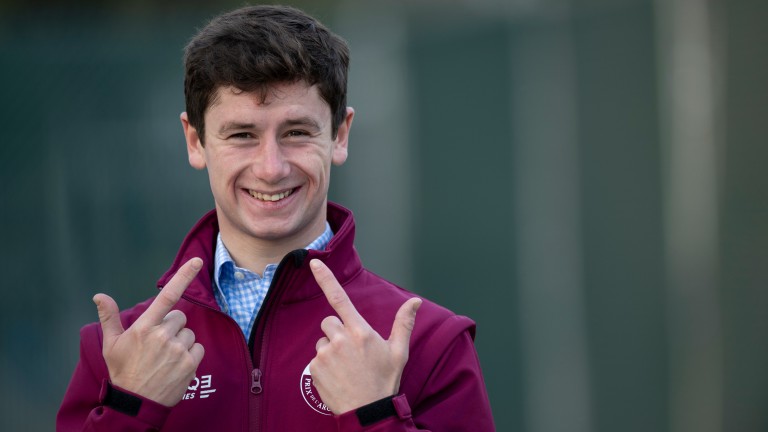 Champion jockey Oisin Murphy has welcomed the confirmation racing will return at Newcastle on Monday and says that riders are ready to play their part in helping to promote the sport to a potentially wider audience over the coming weeks.

Culture secretary Oliver Dowden revealed on Saturday professional sport would be permitted from Monday under strict health and hygiene restrictions, while health minister Matt Hancock tweeted that racing’s return was “wonderful news for our wonderful sport”.

Murphy was confident racing would be given the all-clear to return given the action had restarted in Germany and France this month, and said: “It’s terrific racing has been given the green light and, for me, there was no reason why it wouldn’t be possible as they’ve been racing in a lot of other countries, such as France, and all we had to do was copy what they’ve done.

“I’m delighted as all the horses have been in proper training since February and have been kept going with a view to racing and their owners have kept them going and kept paying for them so we can get going.”

Systems to reduce the possibility of spreading Covid-19 have been implemented including one-way routes through facilities and face masks for jockeys, but Murphy believes riders will know what is expected of them.

“All the jockeys are well versed and know what will be expected of us and what we need to adhere to – we’re ready,” he said. “The PJA have been proactive in terms of keeping us up to date and prepared for it.

“The fixture list is going to be congested and I’m not going to be able to ride all the horses I want to as we’re restricted to one meeting a day, but I can’t wait — I’m like a fresh two-year-old just wanting to get going.”

He added: “We have a great opportunity now and jockeys who have a big social media presence can help push the sport to people who will be able to watch us and enjoy the sport while there's no football or tennis or rugby or cricket.

“I hope that ITV Racing, and I’m sure they will, will showcase the sport well and showcase the competitiveness, excitement and glamour there is for everyone to enjoy.”

Paul Struthers, chief executive of the PJA, added that his members had been appreciative of the work put in by the BHA to get racing ready to return, and for owners for keeping horses in training during the shutdown of the sport.

“It’s fantastic news racing is back,” he said. “We want to place on record our thanks to Dr Jerry Hill, Brant Dunshea and others at the BHA for the efforts they have put in.

“All of our members are excited to get back and look forward to building up to what should be a brilliant weekend at Newmarket. We hope that owners, who we all owe a debt of gratitude to for keeping their horses in training, are able to get the opportunities for them to run in the weeks ahead.”

Racing will be the first major sport to return after the lifting of restrictions, with Matt Hancock, whose West Suffolk constituency includes Newmarket, buoyed by the return of the action.

He wrote: “Thanks to the nation’s resolve, horseracing is back from Monday. Wonderful news for our wonderful sport.”

Leading figures from the racing and bookmaking world also expressed their delight at the sport returning, with BHA chair Annamarie Phelps saying she “can’t wait to start the process of getting racing back to full strength over the coming weeks and months” while Michael Dugher, the chief executive of the Betting & Gaming Council, said it was “excellent news” racing was back.

He added on Twitter: “Big thanks to the BHA and everyone involved in racing. Horseracing isn’t just a great, world-leading sport in the UK. It’s a whole industry, a community, a family & for many a way of life.”

The National Trainers Federation (NTF) thanked owners “who have stood by trainers and racing staff throughout” the crisis and added: "So many people have contributed to this outcome – it’s a massive achievement.”

Just the best news that Horse Racing is officially back on. I’d like to say thank you to all those who have worked so hard behind the scenes to make it happen, it’s hugely appreciated #racingisback #livesportisback #thankyou #exciting pic.twitter.com/j642pWh4OA

George McGrath, chief executive of the National Association of Racing Staff, said his members were ready to “play their part in racing being the first professional sport to return”.

He said: “We’re looking forward to getting back racing. Some staff have some reservations and we have an agreement with the NTF that anybody who feels unsafe doesn’t have to go racing and will have no disciplinary action.

"They want to play a part about getting out of Covid-19 and they want to play their part in racing being the first professional sport to return. The BHA deserve a lot of credit for that. They have been battered by some people but I don’t know what more they could’ve done.”

FIRST PUBLISHED 7:03PM, MAY 30 2020
All the jockeys are well versed and know what will be expected of us and what we need to adhere to – we’re ready

Nick Rust welcomes Lords report's recognition of ties between racing and betting Moore to ride Mogul in Derby as Heffernan eyes Epsom-Chantilly double Ladbrokes Coral plead with Scottish government to ease restrictions in shops Covid-19 isn't going away any time soon - so it's right that we carry on racing Many happy returns: owners and jumping are back in business at Southwell How racing can stop this disastrous but understandable lust for speed