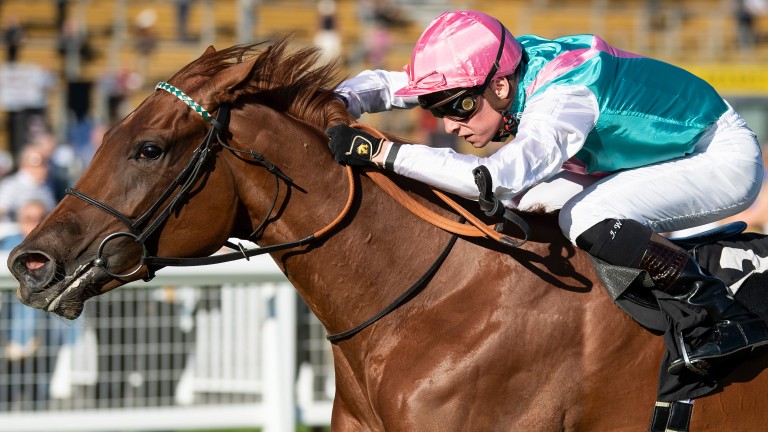 British racing has finally been cleared to resume on Monday after a 76-day absence and, while bookmakers will be delighted to see live action return, a number of runners are already emerging with the potential to cause them a few headaches during the first week of resumption.

What better race to land a gamble than the opening contest of the opening fixture? Step forward Stone Mason, who has been shortening faster than Battaash breaks from the stalls since the market opened on Friday.

As big as 7-2 initially, 7-4 was the best price available on Saturday afternoon with punters looking to get off to a flyer.

Set to make his first start for all-weather maestro Mick Appleby having been gelded since transferring from Roger Charlton, Stone Mason has few miles on the clock after just four career starts and could be the latest bargain unearthed by shrewd owners The Horse Watchers.

Also on the opening card, Paddy Power are cautious of an odds-on chance that could form the nucleus of day one multiples.

A daughter of Frankel trained by John Gosden, Frankly Darling is the filly in question and looked a surefire future winner when runner-up on her debut at Yarmouth last year.

“Maidens at Newcastle aren’t always on the radar and while we wouldn’t be afraid of an odds-on chance, Frankly Darling has reportedly been going well at home and Mr Gosden looks to be trying to win a maiden with her before possibly heading for a fancy address," said Paddy Power spokesman Paul Binfield.

Pinatubo might be the standout horse in the opening week's action but there is opposition to Saturday's Qipco 2,000 Guineas favourite, with the unbeaten Godolphin colt not even the worst result in the book of some layers.

Instead, Arizona might be the horse that brings a bigger grimace to their faces, with some wild reports of his work at home helping to fuel popularity among punters.

“Arizona is our worst result," said Binfield. "He was 16-1 for the race after his two-length defeat by favourite Pinatubo in the Dewhurst, but rumours that a drone couldn’t keep up with him on the gallops mean he’s more than halved in price."

Sunday's 1,000 Guineas appears to revolve around Fillies' Mile winner Quadrilateral and the general 3-1 favourite is without doubt the one the bookmakers want beaten.

The fact she is the only runner quoted at a single-figure price in some markets perhaps speaks loudest of her chance and she could well start considerably shorter than her current price.

Unbeaten in three starts at two, the daughter of Frankel is already a winner over the Guineas course and distance and certainly has the potential to round off the first seven days of racing in Britain in style.

FIRST PUBLISHED 9:00AM, MAY 31 2020
The daughter of Frankel is already a winner over the Guineas course and distance and has the potential to round off the first week in style