Racing's Back! BACK IN BUSINESS

Racing's back and so are we! What you can expect in Monday's bumper Racing Post 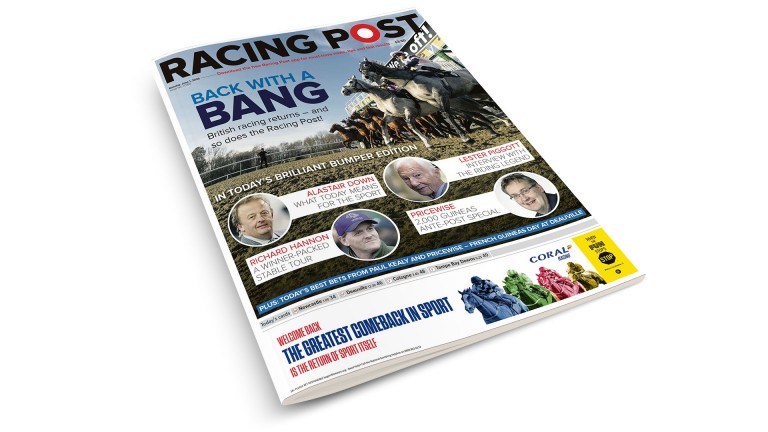 Monday sees the publication of the first print edition of the Racing Post since Thursday, March 26 – and we're welcoming the return of British racing with a bumper edition.

The eyes of the sporting world will be on Newcastle as it hosts the first race meeting in Britain for 76 days, and we've got a comprehensive preview and tipping package for the action from Gosforth Park as well as French Guineas day at Deauville.

With Lester Piggott, Richard Hannon and Alastair Down all part of the line-up, here's what you can expect in the eagerly awaited comeback edition of the Racing Post on Monday.

The greatest jockey of all time talks to Racing Writer of the Year Lee Mottershead about his incredible life and career.

Few trainers have as much ammunition for the weeks ahead as Hannon. Find out about stable stars such as Threat and Mums Tipple plus get his dark horses to follow.

Alastair Down on racing's return

"It's time to stand up and rattle the cages of the great and good with a blasting reminder that across stable, stud, betting shop and hundreds of ancillary trades we are a British and Irish powerhouse of mountain-moving magnificence"

Read the inimitable racing writer on a day of enormous significance.

Tom Segal's first look at Saturday's 2,000 Guineas plus comments from connections of all the leading contenders.

Tom Segal's take on the French Classics, Paul Kealy's top tips for Newcastle, and in-depth analysis of the main races.