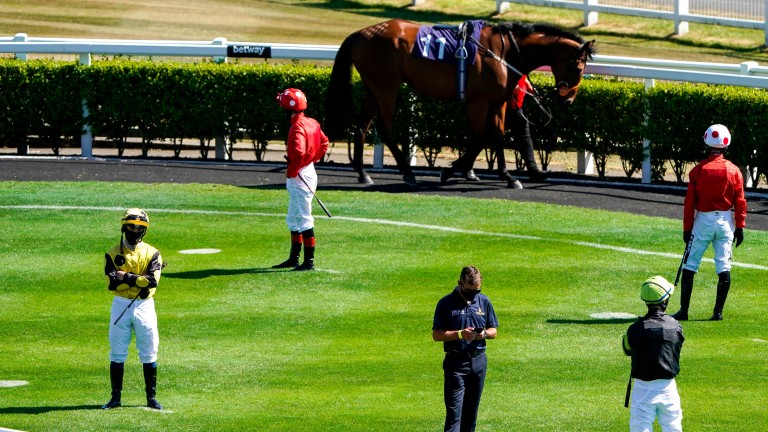 The opening race at the opening fixture of the strangest Flat campaign ever staged was restricted to horses rated 65 and below and it was worth just £2,782 to the winner but it might as well have been the Derby as far as racing was concerned.

"The wait is over!" called commentator Darren Owen as the stalls crashed open for the Betway Welcome Back British Racing Handicap at Newcastle.

And 102 seconds later the fast-starting Zodiakos was crowned the first winner of a British horserace for 76 days as professional sport returned to the country.

Racing had itself been quick out of the stalls after the British government gave permission to resume behind closed doors, beating all other major professional sports to the punch. Its equine athletes had not missed a day's work on the gallops while footballers, rugby players and the rest had been coming to terms with socially distanced training.

But this was a very different scene to that which greeted racegoers who were at tracks in March.

For a start there were no racegoers, with racing taking place behind firmly closed doors and admission restricted to 'key personnel' who had done an online course in Covid-19, answered a medical questionnaire and passed a temperature check on arrival.

Jockeys followed a one-way system on the ground floor of the stand, which had been transformed into a weighing room with the space to allow two-metre social distancing, and strode into a parade ring bereft of all bar a handful of connections in masks. 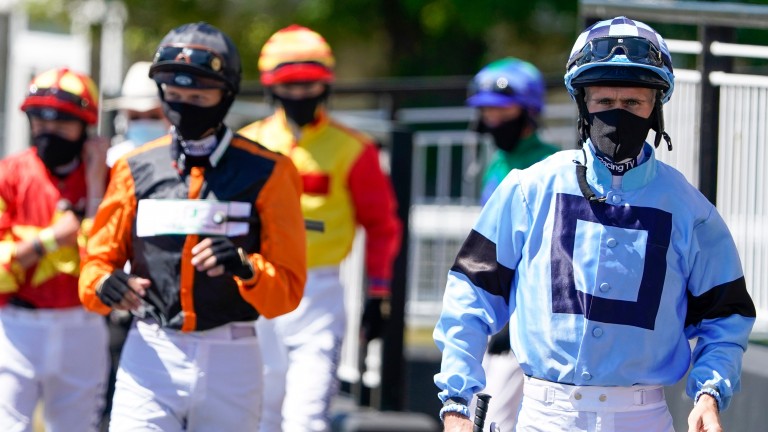 Most found that no problem and Paul Mulrennan reflected: "Riding in masks is a little bit different but some of us use them on the all-weather anyway for the kickback so it's nothing too strange."

One who did have an issue with the equipment found a novel way to get round the problem.

"In the second race the kickback got inside the mask and it was down my throat and I was nearly being sick pulling up," said Tony Hamilton. "So I put tights underneath and now the kickback doesn't get inside."

Being able to breathe helped Hamilton to win on Brian The Snail, and he added: "I'm the only person who's had a problem with it and the masks are there for a reason, we all know what they're for."

Similarly, Mulrennan accepted the necessary changes in riders' facilities and the lack of a crowd.

"Once you're on the horse you're in the zone anyway and you don't take any notice of what's happening in the stands," he said.

"They've done a really good job here in a short space of time, it's just great to be back and I hope we can push forward, crack on and get owners back." 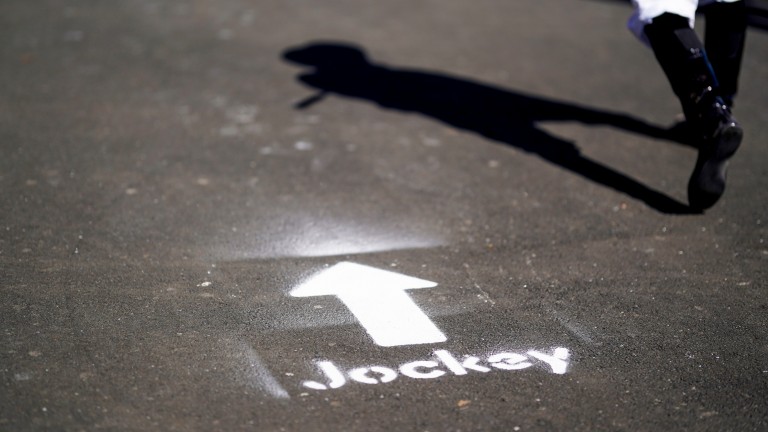 The sense of anxiety had been palpable in the build-up to Britain's first meeting since Taunton and Wetherby had raced on March 17, an event which had ITV, BBC and Sky camera crews camped in the golf-course car park next door and Arena Racing Company chief Martin Cruddace doing four TV interviews before breakfast.

Quite a gruelling start for a man who admitted to having had just a couple of hours' sleep – his group's 16 courses may race 550 times a year but this was a day like no other.

"If we don't do it right, it could be taken away," he said. "That's quite a responsibility."

Mark Spincer, managing director of Arc's racing division, put it bluntly. "We should be proud to be the first sport back but it's vitally important everybody plays by the rules. We must not become complacent, we must remember we have to keep two metres distance – otherwise we'll be the downfall of our own sport." 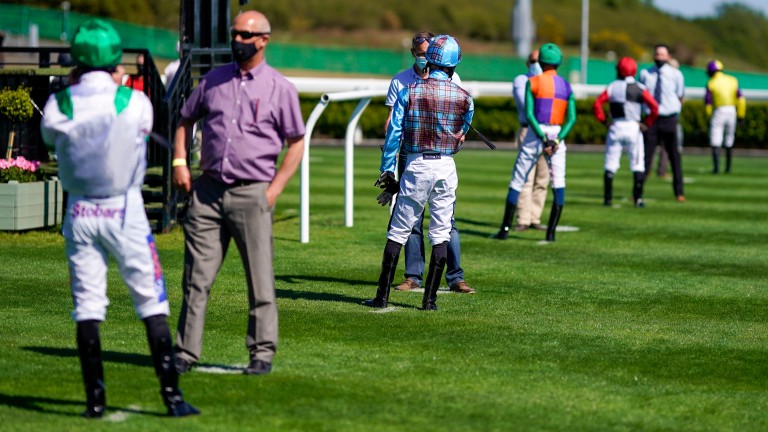 Two jockeys' drivers had to be turned away at the gate as they were not on the list of pre-approved people to be admitted; well-touted newcomer Freedom Flyer was one of three horses withdrawn from the two novice events due to stalls issues; and there was an ominous start to the card when Ali Rawlinson's face mask snapped before the first race.

But nobody failed the temperature check and Brant Dunshea, head of the Resumption of Racing group whose detailed planning led to the June 1 return, was pleased with how the 33 pages of protocols and guidelines had been adhered to, saying: "It's great to see the way everyone is complying with the requirements, the jockeys are all doing the right thing."

And the procedure at the start has already been given a risk-reducing tweak.

"Jockeys have a tendency to look behind to see how many are still to be loaded so we've asked the starters to announce 'three to load, two to load, one to load' so they know what's going on without turning their heads," he said. "It reduces the risk of transmission if they're all facing forward."

But protocols and guidelines can take you only so far. Ask Aimee Evers, who will have watched the first race with decidedly mixed feelings.

Evers is a work-rider at Roger Fell's yard in North Yorkshire and should have been here with the winner Zodiakos.

But home was where she had to stay, having had a fall from the seven-year-old recently and broken her foot – no matter what the precautions, racing always comes with risks.

No normal Monday: surge in betting turnover as punters welcome return of racing

'I can't see it much before September' – racecourse warning over attendances

FIRST PUBLISHED 7:30PM, JUN 1 2020
In the second race the kickback got inside the mask and it was down my throat and I was nearly being sick pulling up