Latest PULLING IN THE NUMBERS 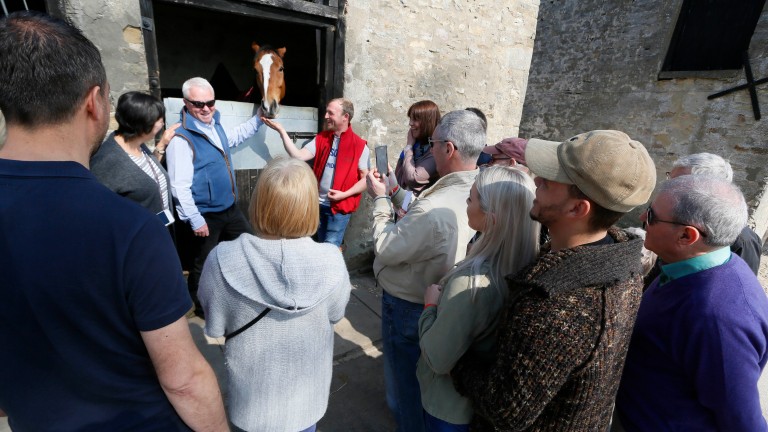 Stayers' Hurdle runner-up Sam Spinner is the star on show as trainer Jedd O'Keeffe opens his doors to the public
Louise Pollard
1 of 1
By James Stevens 7:32PM, APR 19 2019

A record crowd estimated to be close to 4,000 was in attendance for the Middleham Open Day on Friday, with the money raised going towards Racing Welfare.

A total of 11 stables were open to the public, including that of Britain's winningmost trainer Mark Johnston, whose yard gave demonstrations of horses swimming, while the stables of Karl Burke and Jedd O'Keeffe were also popular destinations.

The Arc-sponsored day also featured a Retraining of Racehorses parade and a donkey derby, which was won by Micky Hammond's yard.

Dawn Goodfellow, Racing Welfare's chief executive, reported: "We're absolutely delighted with the number of people who have come along today. It's a fantastic event and one we're hugely proud to bring to the public each year. 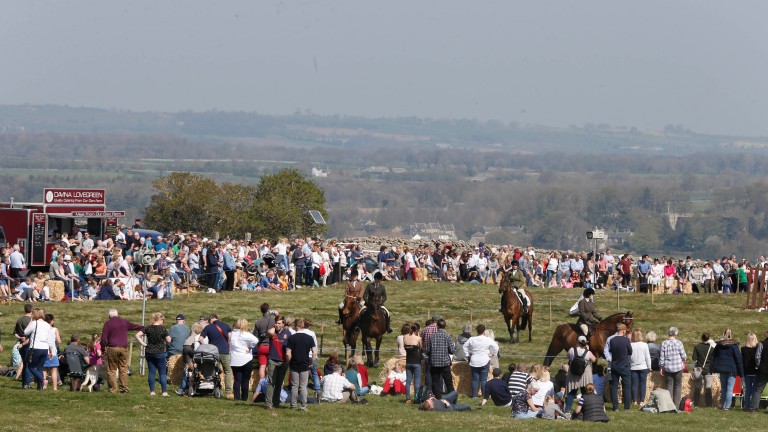 "We'd like to express our sincere thanks to all trainers and their staff who opened their doors and welcomed in thousands of visitors, along with Arc and our other generous sponsors for their ongoing support."

O'Keeffe, who trains at High Beck Lodge, said: "We've had a brilliant day with some fantastic weather. For our yard, it's been the busiest we've ever been; everyone at the yard has thoroughly enjoyed it. It's been a first-class day.

"We had a coffee, tea and cake stall which raised over £500 for Yorkshire air ambulance, so it has been really successful, and of course has supported Racing Welfare, which is a great cause."

O'Keeffe's Stayers' Hurdle runner-up Sam Spinner attracted plenty of visitors and the Grade 1 winner also enjoyed the occasion, according to his trainer.

O'Keeffe added: "Sam Spinner has been really popular, everyone wanted to get a look at him. He's normally a little reserved in his box, but he popped his head out every now and again to say hello. It's great to see so many people out to see him and all the horses." 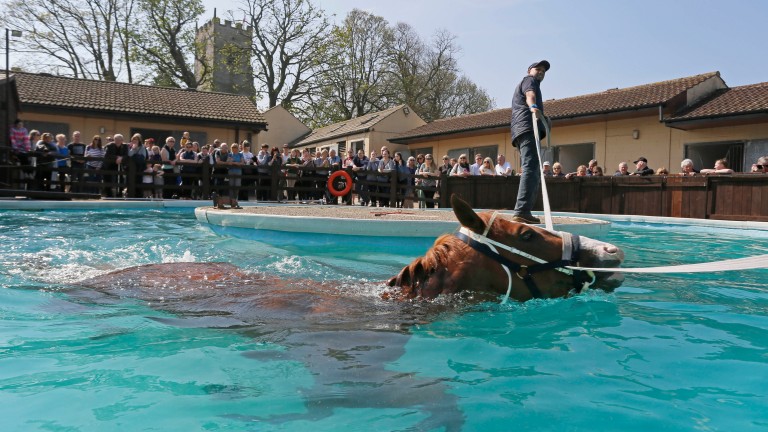 Five-time Group 1 scorer Laurens was another of the star names on show, and trainer Karl Burke reported a great atmosphere at his yard in nearby Leyburn.

He said: "Now there's racing on Good Friday it's not so easy to get involved, but it looked busy and everyone seemed happy. There were a lot of people about and it's great for them to be able to see behind the scenes."

FIRST PUBLISHED 7:32PM, APR 19 2019
We have had a brilliant day with some fantastic weather. For our yard it has been the busiest we have ever been