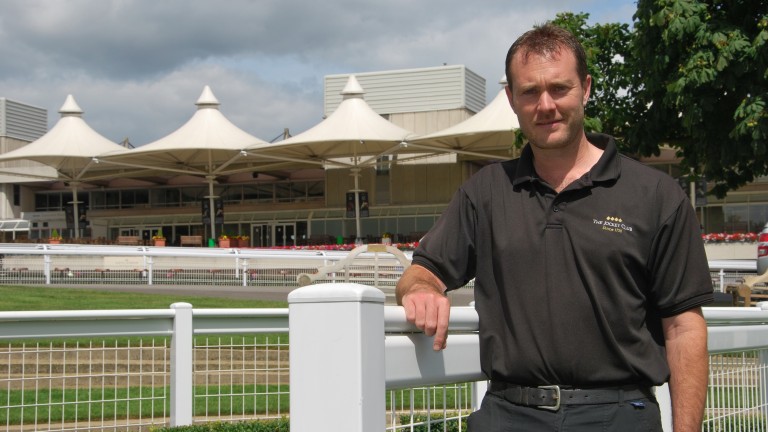 What does your working life entail?
I have daily responsibility for the entire external sites at Sandown and Epsom, both in terms of the racecourses and their surrounding estates. Anything that is green or outside is in my remit. 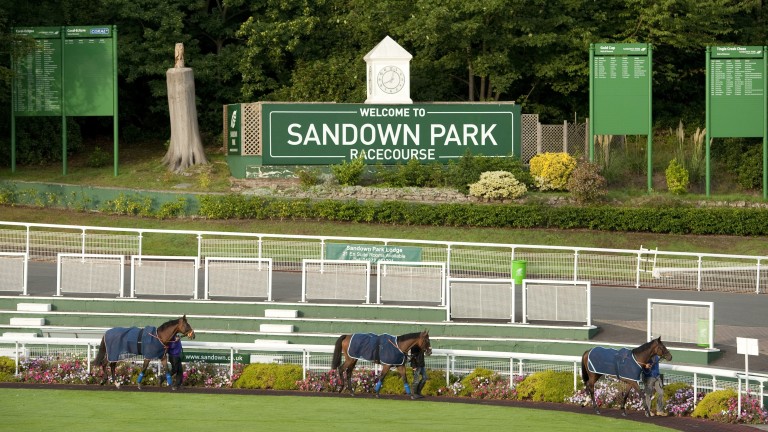 How were you attracted to the industry?
I had a family involvement in racing through breeding and I also have an interest in agriculture. I started out as a groundsman at Epsom in 1996. After six years I went to Worcester but I was only there for six months before coming back to Sandown as head groundsman.

Is the weather causing you nightmares as we enter Coral-Eclipse week?
Most of our working days at the moment are taken up with a fixation on irrigation. It's very demanding and labour intensive. We start watering at 5am or 6am and will be irrigating both Sandown and Epsom – where we also race this week – for 16 to 17 hours a day, probably not finishing until 11pm. We're doing all that just to stand still and keep the ground at a decent but safe good to firm.

How on earth do you manage to work such long hours?
I live on site at Sandown – and that's pretty key to the number of hours we work, as without living at the racecourse we wouldn't be able to do it. It's lovely to live on a racecourse but you do need to get away now and again – otherwise you can easily find more jobs to do, even on your weekend off. We have seven or eight members of ground staff living on site at Sandown, so we have our own little community. 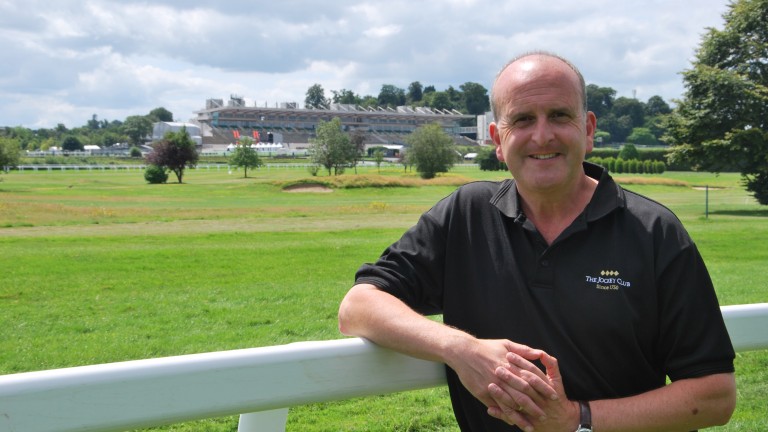 You must work closely with Andrew Cooper, clerk of the course at both your tracks?
Andrew and I have worked together for 18 years now and we have a very good understanding of what we're aiming to achieve. We discuss everything about rail movements and irrigation. Neither of us can be everywhere at once, so I think that close understanding we have is key. During racing I'm very much trackside, overseeing what happens on the racecourse and following the races behind the emergency vehicles to assist with anything track-related.

How difficult is it to attract new people into your strand of racecourse work?
It's incredibly hard and we've found that to be even more the case in recent years. The hours can be long and it's not easy to sell to some young people the idea of pushing a mower all day in 30C heat. We've taken on some good new staff at Epsom and Sandown recently, so we're in a good place, but it's a challenge we discuss in the Jockey Club all the time.

What are the best bits of the role?
It's the sort of job in which you really have to love what you do. Without that love you wouldn't be out here for 15 or 16 hours a day. We get great pleasure from the big days and getting ready for those great occasions is the best part of the job. We're very much looking forward to Saturday and I'm particularly excited about seeing Masar in the Eclipse. It's always lovely to see the Derby winner taking part.

FIRST PUBLISHED 6:00PM, JUL 1 2018
The hours can be long and it's not easy to sell to some young people the idea of pushing a mower all day in 30C heat

Ryan Moore: 'I try not to offend anyone but for me it's always about the horses' 'No-one can cope with that volume of rain' - Sandown's evening card abandoned Hollie Doyle rides: can Group 1 star keep up her flying form at Sandown? Epsom chief Cooper hails Adayar's King George success as 'great for the Derby' 'We've put in as many contingencies as we can' - Worcester braced for the heat Your key questions answered as full crowds are allowed back to tracks in England