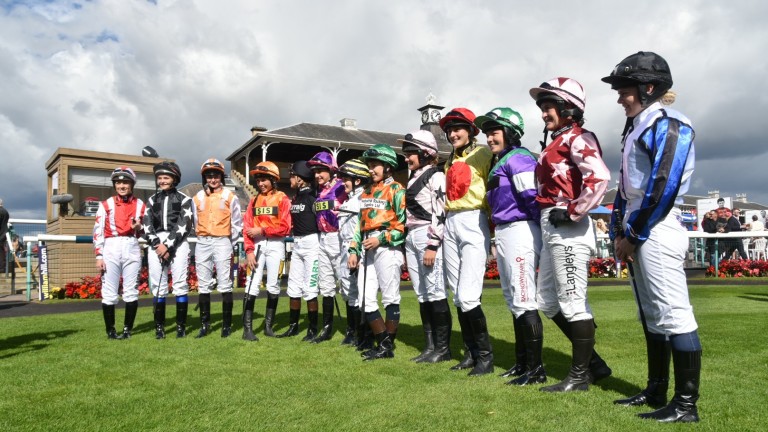 Jockeys pose in the parade ring ahead of a Silk Series race at Doncaster
Arena racing
1 of 1
By Jonathan Harding 1:30PM, FEB 9 2018

Racing will be well represented at this year’s BT-backed Sports Industry Awards with two 2017 campaigns shortlisted for prizes.

The Silk Series – the female jockeys’ races staged by Arc – and StirrupSummer – Great British Racing’s under-18s-go-free campaign – will be among those vying for honours at the prestigious ceremony held at the Battersea Evolution in London on April 26.

Devised by Arc to showcase the talents of female jockeys in Britain, the Silk Series is among the finalists for the new ‘diversity and inclusion’ award.

Last summer a total of 36 female riders competed in the series – which had a total prize fund of £100,000 – with Megan Nicholls crowned top jockey at Doncaster in September.

Susannah Gill, director of external affairs at Arc, said: “We are delighted with the way jockeys, trainers and owners have engaged with the Silk Series in its inaugural year and look forward to announcing exciting plans for the 2018 season.” 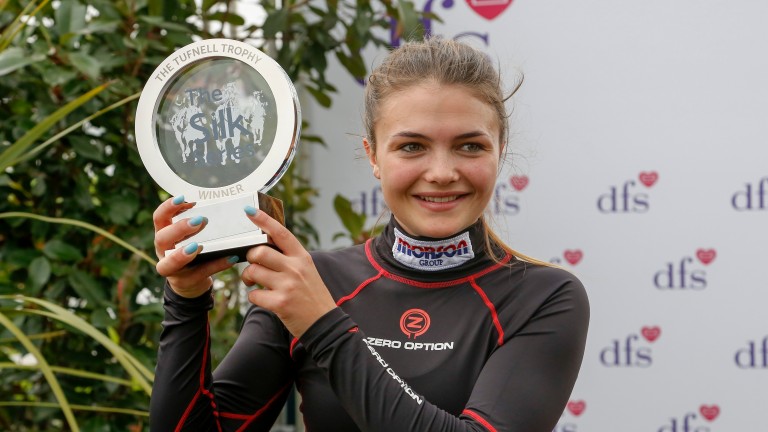 Megan Nicholls, displays her trophy as the overall winner of the Silk Series for female riders
Mark Cranham

GBR’s campaign StirrupSummer was recognised in the ‘best use of PR’ category alongside brands such as EA Sports and HTC.

The aim was to highlight the fact that, unlike with most other sports, under-18s can go racing for free. A new website and collaboration with a number of celebrity ambassadors were used as tools to promote the campaign.

GBR chief executive Rod Street said: “Racing has a unique offering in allowing under-18s to go free to the vast majority of race meetings. We’ll be building on 2017 and promoting this brilliant offer during 2018.”

Exclusive to members: read the big interview with Sir Anthony McCoy from 6pm on Saturday

FIRST PUBLISHED 1:30PM, FEB 9 2018
We are delighted with the way jockeys, trainers and owners have engaged with the Silk Series in its inaugural year