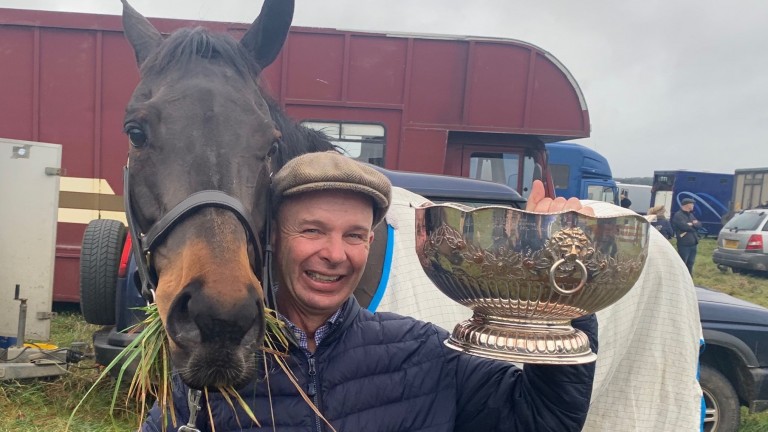 I'm good pals with Joe Tizzard and know he and his father Colin adore Lostintranslation, but you don't need an in with the stable to realise how smart a horse he is.

You won't find many better jumping displays than the one he produced in the Colin Parker at Carlisle recently and he has all the attributes of a Magners Cheltenham Gold Cup contender.

I also think Buveur D'Air will re-establish himself as the leading two-mile hurdler in Britain and Ireland.

The vibes from the Nicky Henderson yard – where I occasionally ride out – are positive and he's a slick, strong-travelling gelding with a razor-sharp turn of foot.

Henderson has an enviable bunch of novice chasers this season and two to note for that division are Birchdale and Champ – capable novice hurdlers last when seen who can take high rank in their new disciplines.

They, like Buveur D'Air, run in the famous green and gold silks of JP McManus, whose Dame De Compagnie was an eyecatching fifth in the Greatwood Hurdle this month. She could easily make it pay in those big two-mile handicap hurdles.

On The Blind Side is another Seven Barrows inmate worth including after his encouraging comeback effort at Ascot and he has always been a talented, well-regarded type.

De Rasher Counter, who went into plenty of notebooks when impressing at Newbury's gallops morning this week, is nicely treated for staying handicap chases, but Pattern prizes are on the menu for McManus' Defi Du Seuil, who looked as good as ever in the Shloer Chase.

He might meet the exciting Chacun Pour Soi  this season and both merit inclusion, as does Cloth Cap, a horse of Jonjo O'Neill's I have plenty of time for.

Don't be surprised if the Grand National features on his agenda.