Racing Postcast: Tom Collins and David Jennings with their best bets for Sunday 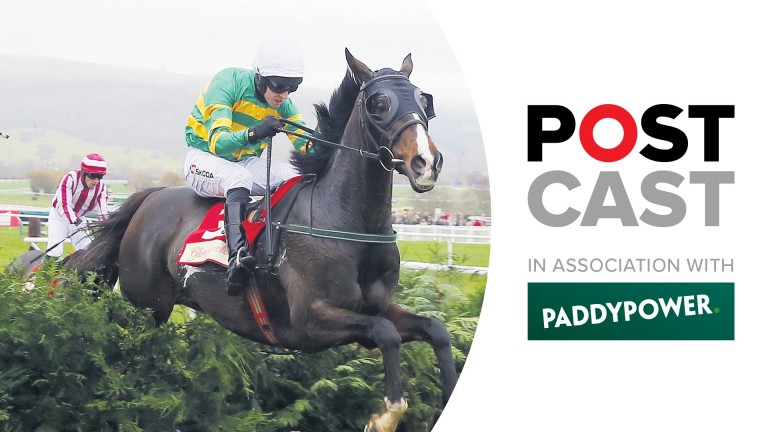 Maddy Playle is joined by Tom Collins, David Jennings and Paddy Power's Niall O'Reilly who identify the best bets at Naas on Saturday and at Punchestown on Sunday after the British action was cancelled due to equine flu.

On the show:
- The team discuss the disruptions to jump racing this season, including the equine flu outbreak which has led to a shutdown being put into place by the BHA. Racing in Britain will not resume until Wednesday at the earliest.

- ITV covers five races at Naas, including a listed chase for mares that looks intriguing. The team find themselves in fairly new territory on the Postcast but are hoping to bag plenty of winners, and they identify a horse at a big price worth backing each-way.

- We're at Punchestown for the second week running on Sunday and the team cover five high-quality races. Notable names on show include Josies's Orders in the Cross Country Chase and Dounikos in the Grand National Trial Chase. The panel think one will impress ahead of Cheltenham.

All prices can be found here.