Racing Postcast: best bets on a top-quality weekend of racing 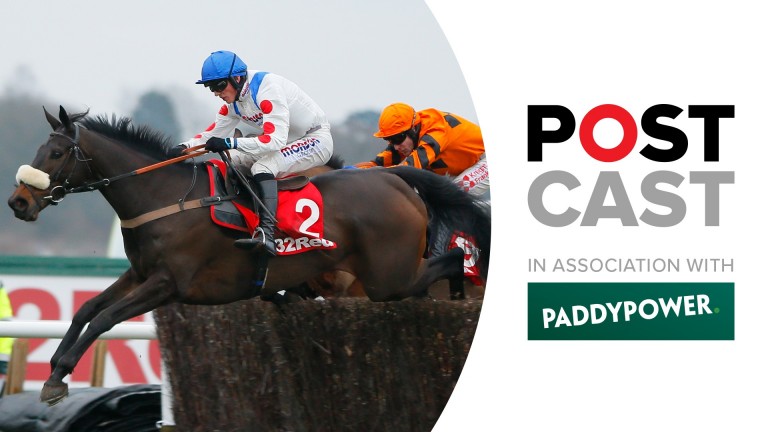 Racing Postcast: Denman Chase | Betfair Hurdle | Weekend Racing Tipping
Bruce Millington is joined by Graeme Rodway, James Hill and Paddy Power's Niall O'Reilly for a look at the best bets on a top-quality day of racing on Saturday. Ascot stages a nine-race card, including the rescheduled Betfair Hurdle and Denman Chase, while there's also plenty to look forward to at Haydock and Wincanton. The team also look at the best of the rest and give their NAPS.

On the show:
- The team are back in fine form and are excited by the return of top-quality racing in Britain after last weekend's action was cancelled due to equine flu.

- The team look at the Denman Chase, which has been moved from Newbury to Ascot this weekend. King George winner Clan Des Obeaux heads the market but the team do not think it will be a walk in the park.

- Ascot also hosts the Betfair Hurdle with Nigel Twiston-Davies' Al Dancer heading the market. The Betfair Ascot Chase betting is headed by last year's winner Waiting Patiently, who was unluckily brought down in the King George last time. Our team have strong fancies in both races and think there could be an upset on the cards.

- There's also action at Haydock, which stages the Grand National Trial, Wincanton, which is headlined by the Kingwell Hurdle, and Gowran Park, which puts on the Red Mills Chase.

All prices can be found at media.paddypower.com/redirect.aspx?…m/horse-racing