Cheltenham 2018 PICK OF THE WEIGHTS 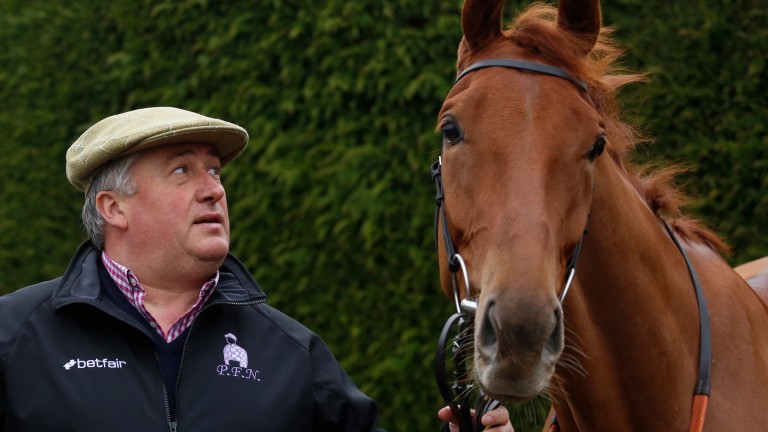 There was plenty to like about his performance in the recent Punchestown qualifier for this event when he finished well to dead-heat for third with Delta Work, another live candidate for this race.

A lightly-raced nine-year-old, trained by Eddie Harty for J P McManus, the son of Milan was reverting from fences to qualify for the Festival event. Without a win since landing a valuable handicap hurdle at the 2015 Punchestown festival, he has decent Cheltenham form having run second in the County Hurdle three years ago.

The three mile trip should suit and he has genuine claims of becoming the third consecutive Irish-trained winner of the race following Mall Dini (2016) and Presenting Percy (2017).

Movewiththetimes has been on my radar for Cheltenham since he finished third of four to Kalondra over 2m5f at the track in December.

The overriding impression from that performance was one of a lightly-raced chaser still learning the game who would take a significant step forward in terms of form when tackling a more suitable race further down the road.

Blessed with a high cruising speed, which he demonstrated when runner-up to Ballyandy in the 16-runner Betfair Hurdle last February, the demands of the Close Brothers Novices’ Handicap Chase on spring ground should suit him ideally. 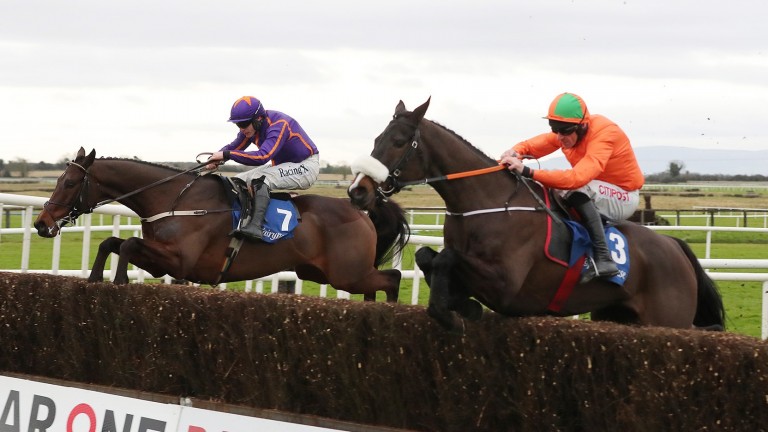 Gordon Elliott has almost certainly had the Cheltenham Festival in mind for the aptly-named De Plotting Shed this season and he'll be thrilled to see his eight-year-old has been awarded a nice racing weight of 11st 8lb – the same weight carried to victory by last year's winner Tully East – in the Close Brothers Novices' Handicap Chase.

A mark of 143 over fences, which is 7lb lower than his hurdle rating, seems to be underestimating this lightly-raced chaser and his runner-up effort to RSA favourite Presenting Percy (rated 157) in October – when he was actually sent off the 2-1 favourite – is by far the best form of any in the line-up.

Jonjo O'Neill's Forza Milan looks very well treated in the Pertemps. He was seven lengths ahead of Beer Goggles in an Aintree qualifier back in November and just two and a quarter behind ante-post favourite Louis' Vac Pouch, who he meets again on 4lb better terms.

That form alone makes him of great interest, but he nudged his amended mark to 138 – which should be enough to squeak in the bottom – when blindsided by The Organist at Newbury and given the way O'Neill's horses are targeted at this meeting, he last won this in 2013 with Holywell, it would be no surprise if he were to feature in the finish.

FIRST PUBLISHED 6:37PM, FEB 28 2018
Blessed with a high cruising speed the demands of the Close Brothers Novices’ Handicap Chase on spring ground should suit him ideally

Decision made: superstar mare Honeysuckle set to stay over hurdles this season New measures can ensure they are all well looked after