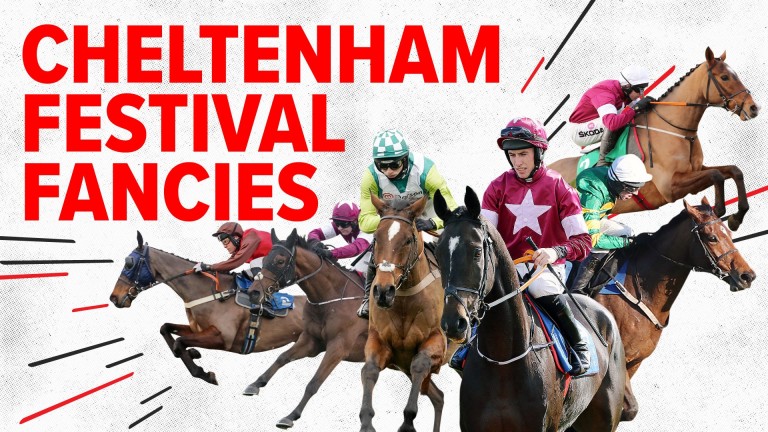 'This has been the plan all season'

No Irish-trained horse has won the Ultima since Dun Doire plundered the prize for Tony Martin in 2006, but that barren spell may come to an end this year courtesy of Milan Native.

He was well beaten behind some smart rivals in beginners' chases before turning up in the Kim Muir last year over a trip far further than he had run before. That didn't stop him as he dotted up off a mark of 141.

He returned in winning form this season, but has barely been sighted in three subsequent starts. Given a break since Christmas, Milan Native is expected to put in a much-improved display now back at Cheltenham in a race that is sure to suit. This has been the plan all season.

'He looks capable of much better'

Joseph O'Brien knows what he's doing when it comes to festival handicaps. In his short career he's already harvested the Boodles and Martin Pipe and I think he has a live contender for this race over fences.

This seven-year-old has some excellent form, including at the Cheltenham Festival itself, as he finished a close third in the County Hurdle last year.

His first season over fences has been a promising one as he has posted solid efforts behind the ill-fated Easywork and top talents Andy Dufresne, Franco De Port and Energumene, and he looks capable of much better off his chase mark of 146, the same as he ran off over hurdles here last year.

'He looks an ideal type for this race'

In 2014 Southfield Theatre finished a short-head second in the Pertemps Final and I'm hoping seven years on his half-brother Southfield Harvest can go one better.

He looks an ideal type for this race as a strong traveller who is still open to plenty of improvement. The Paul Nicholls-trained seven-year-old was third in what looked a strong handicap at Newbury last time, when he did not quite have the speed at the finish.

This Cheltenham test could put more emphasis on stamina, which would certainly suit, while a 3lb increase from the handicapper is only fair. There is more to come from this highly regarded sort, who will be an even better chaser next season.

Willie Mullins has won all five runnings of the Mares' Novices' Hurdle and looks to have strong claims of extending his stranglehold on the race.

The fact Glens Of Antrim hasn't yet won isn't a major concern considering the profiles of Mullins' last two winners; Concertista was a maiden over hurdles and Eglantine Du Seuil had only won a Sligo mares' maiden.

The JP McManus-owned selection, a sister to last year's beaten Mares' Novices' Hurdle favourite Minella Melody, has shown plenty of ability in defeat against the geldings on all three of her starts.

She caught the eye when fourth behind Grade 1-standard novice Blue Lord at Punchestown before excellent seconds to Albert Bartlett favourite Stattler at Leopardstown and talented youngster Mr Incredible at Naas.

She should really appreciate taking on her own sex for the first time and still looks value at 7-1 after some recent market support.

'Ahuge advocate of horses for courses'

Shantou Flyer is an 11-year-old, but his excellent course form means he has a huge chance and he clearly retains all of his enthusiasm if his last two runs are anything to go by. His form at Cheltenham reads 1F1422223, with festival form of F223.

Three years ago he was beaten only a neck in the Ultima off a mark of 152. Of course, he is 11 so there is no way he is going to run anywhere near that figure, but despite remaining in hot form in hunter chases over the past few seasons he runs here off 140.

He was beaten 11 lengths by Time To Get Up two starts ago and many will argue there's no way a veteran can overturn that form with an eight-year-old, but I am a huge advocate of horses for courses and I think Shantou Flyer has a big each-way chance at 12-1.

Eclair De Beaufeu was second in the Grand Annual off a mark of 149 last season and catches the eye off a hurdles rating of 139 in the County Hurdle this year.

The seven-year-old is admittedly prone to a mistake - he has fallen twice this term and unseated Jack Kennedy when narrowly leading the County field at the last in 2019. However, he possesses plenty of ability and bounced back to form when sixth of 22 as an unconsidered 33-1 shot at the Dublin Racing Festival last time.

Eclair De Beaufeu has performed well at this track twice before and might have a few pounds in hand in a race he has likely been targeted at all season.

FIRST PUBLISHED 9:30AM, MAR 13 2021
She should really appreciate taking on her own sex for the first time and still looks value at 10-1 after some recent market support