Racing pays respect to 'about the kindest man you could meet' 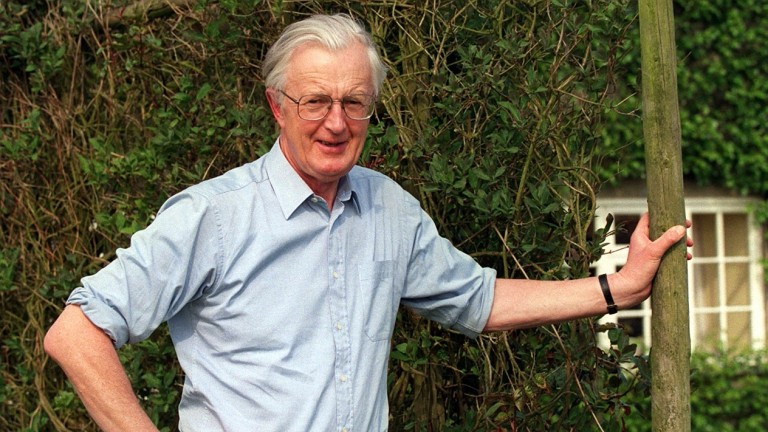 Many of the sport's most recognisable faces were among those in attendance at St Michael And All Angels Church in Lambourn on Thursday when the great and good of racing turned out in force to celebrate the life of Christopher Mordaunt, the Jockey Club's former senior jumps handicapper who died after a short illness at the age of 82 last month.

Mordaunt joined the Jockey Club after leaving the army in 1967 and earned respect and many friends thanks to his charm, warmth and attention to detail.

He was based in Yorkshire for a number of years, but later moved to Lambourn where Jonathan Portman, who is married to one of Mordaunt's daughters Sophie, trains.

The church was near to capacity as reverend Martin Cawte conducted a fitting service, which included readings from Alastair Down and Lady Oaksey, while Portman and Archie Hunter, Mordaunt's other son-in-law, paid tribute to a man captivated by racing from a young age.

Portman recalled the first year Mordaunt framed the weights for the Grand National, which drew a strong rebuke from Corbiere's trainer Jenny Pitman, who, aghast at a 10lb rise for her previous year's winner, said: "What does that man know about racing?"

Pitman later presented the handicapper with a cartoon of a horse ridden by a jockey in Corbiere's colours.

"Don't worry, it's not ticking," the trainer said as she handed over the parcel. Accompanying the picture was the message, 'From one old handicapper to another – from Corbiere and JP'.

O'Neill, who like Henderson, Bailey and Osborne enjoyed a winner during the service, said: "You'd say, 'Christopher, can you have a look at this horse?' And if he could do something he would and if he couldn't he wouldn't. He was always a very fair man, which is a very hard thing to do for a handicapper – they're always upsetting somebody!"

Bailey echoed that and said: "What I loved is you could ring him and he might not say anything, but he listened. It was a great gift because all trainers have grievances, but he was able to listen, judge what you thought and if he thought it was correct he'd do something. He was a gentleman in every sense of the word."

Classic-winning trainer Ralph Beckett, an usher along with Khalid Abdullah's racing manager Teddy Grimthorpe, knew Mordaunt from an early age and spoke for many when saying: "He was about the kindest man you'd ever meet."

Mordaunt is survived by wife Belinda, daughters Millie and Sophie and five grandchildren.