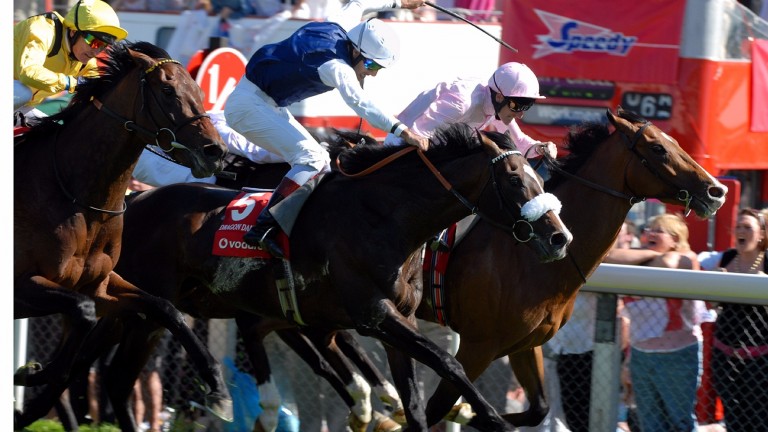 Many of owner John Pearce's former trainers were among those who attended his funeral at West Suffolk Crematorium in Bury St Edmunds on Thursday.

Pearce, who died at his Newmarket home on January 12 at the age of 98, was a colourful figure who went agonisingly close to realising his lifetime ambition of owning and breeding a Derby winner when the Geoff Wragg-trained Dragon Dancer was beaten a short head by Sir Percy at Epsom in 2006.

Wragg's wife Patricia was among the mourners as were Sir Mark Prescott, Lord Huntingdon and Ed Walker, while Nick Patton represented Jockey Club Estates. Kevin Morell, who was head lad for Wragg for many years, was also in the congregation.

The service was conducted by the Reverend Simon Bailey, the racing chaplain, and the eulogy was read by Rupert Bentley, who looked after Pearce's affairs in later years.

Bentley recalled tales of heroism, saying: "John was one of the defenders of Hong Kong prior to the invasion by Japan in world war two and even manned an anti-aircraft gun. It was only when he was in his 80s that it was confirmed to him he had actually brought a plane down.

"After that, to avoid capture, he and three others escaped 11 miles on a lilo across the South China Sea before reaching freedom in China."

On Pearce's life ambition, he added: "It was his dream to own and breed a Derby winner and he so nearly managed it. I remember Dragon Dancer was 66-1 on the day but he was 200-1 the previous week, so that puts into context what he nearly pulled off."

Any donations should be sent to the Injured Jockeys Fund.

FIRST PUBLISHED 1:49PM, JAN 26 2017
It was his dream to own and breed a Derby winner and he so nearly managed it