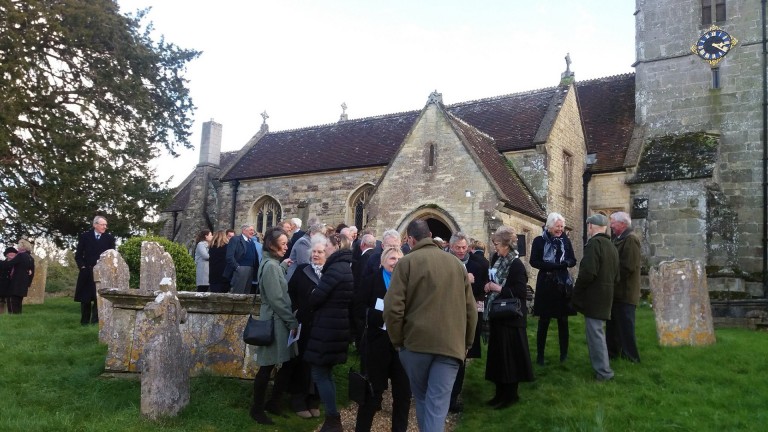 Robert Alner's generosity, loyalty and attitude to adversity were the central pillars conveyed as jump racing came together in a sleepy Dorset village to say goodbye to the Gold Cup-winning trainer.

Alner, who enjoyed his finest hour when striking gold with Cool Dawn at Cheltenham in 1998, died at the age of 76 last month and was remembered at a memorial service at St Andrew's Church in Okeford Fitzpaine, which came alive on a chilly but bright Monday afternoon.

A festival-winning jockey and champion point-to-point rider survived by wife Sally and daughters Jennifer and Louise, who is married to trainer Robert Walford, West Bromwich Albion supporter Robert Alner also captured big-race victories with household names Kingscliff and The Listener, although his training career was ultimately cut short by a car accident in 2007 that left him paralysed.

It was his stubborn and determined reaction to that tragic event that was saluted during a service conducted by racing fanatic and family friend David Seymour in front of a packed house. Alner's enduring popularity meant it was also streamed live in the local village hall. 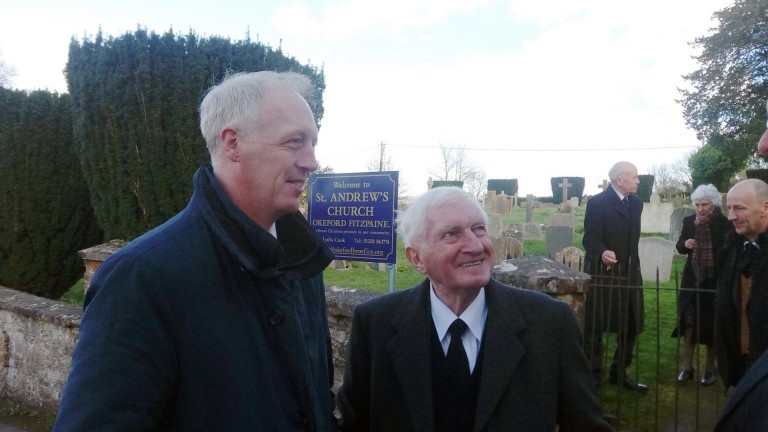 David and Martin Pipe were in attendance at Robert Alner's funeral

Leading trainers David Pipe and Philip Hobbs were among those in attendance, along with Pipe's father Martin, Alner proteges Daryl Jacob and Andrew Thornton, and Elegant Escape's owner John Romans, while Alice Plunkett, Alastair Down and Jonathan Powell represented the racing media.

Anthony Knott, the larger-than-life former owner of Hunt Ball, had known Alner for most of his life. 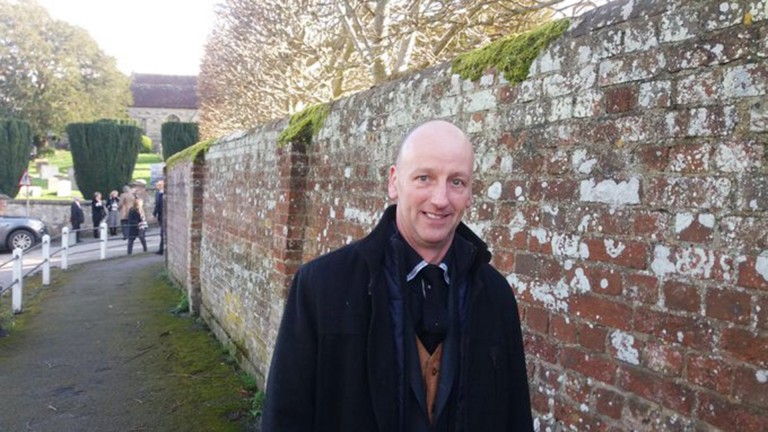 Anthony Knott: knew Alner for most of his life

"Robert rode one of his first point winners for my father Norman," he said. "Mum knitted the colours and I've still got them at home.

"Our farms almost touched and he was always on the money. I remember him working The Listener one morning and saying how good he'd be. He was a very underestimated operator and knew exactly what was needed for a horse to win, which is the number one thing for a trainer.

"He was a proper Dorset man and there are not many of them about now."

Baroness Harding, who owned Cool Dawn, gave a touching address, describing Alner as an inspiration and a man who was a stranger to self pity despite his horrific injuries. 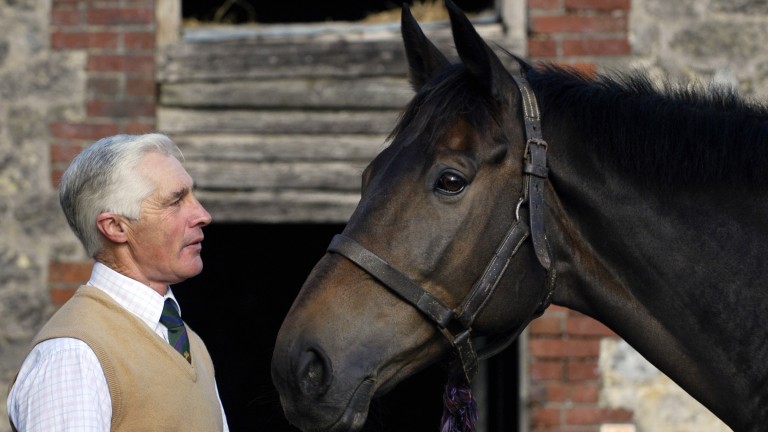 She labelled him a second father, who had helped change her life by saddling Cool Dawn to victory in the Cheltenham showpiece and recalled his deft touch as a tutor to Jacob, despite a telling off for winning too far on a horse at Taunton one day.

"He was the toughest, bravest and most consistent mentor one could ever hope for," she said. "He was always there when you needed him and it was a privilege to be part of his life."

That was a sentiment not lost on anyone who knew Alner, who lived a life to be proud of, even after being dealt the cruellest of hands.

FIRST PUBLISHED 6:10PM, MAR 2 2020
He was always there when you needed him and it was a privilege to be part of his life