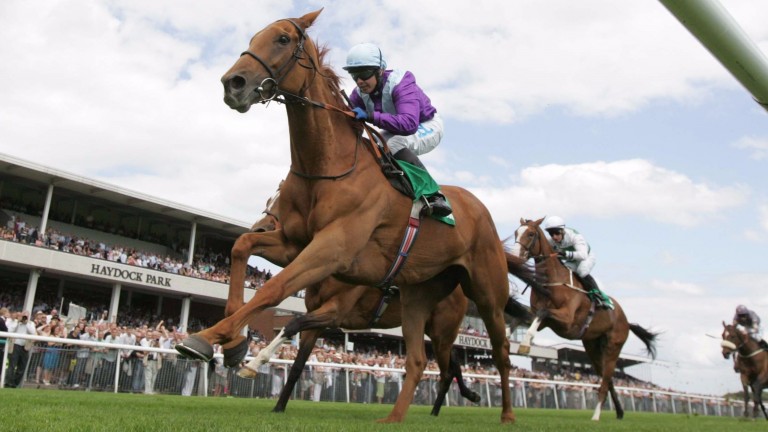 I must confess that when it comes to most sports I am a bit of a snob. I only watch the really big football matches and tend to stick to the grand slams for tennis and golf. The exceptions would be cricket, rugby and American football, which I don't watch at all.

So it is with racing. Whenever I approach the day's cards I automatically turn to the highest-class race of the day and work downwards until I find a bet.

I know there's an argument for doing it the other way round, just as there are people who focus on lower-league football because they are more likely to find an edge in an area that not everyone focuses on, but I'm a fan of the sport and not of betting-shop fodder.

My modus operandi is quite simple. I attempt to identify the favourite and get a feel for what sort of price it is going to be, then see if I can find one to beat it. If so, I'm in business. If the answer is no and the favourite is likely to be bigger than 2-1 I'm happy enough to get involved, but if it's likely to be shorter I'll move on.

I don't like short prices for two reasons. First, as a tipster charged with looking at all races, I think punters are entitled to expect me to come up with something other than the obvious.

Second, to win money betting at short odds you have to have an exceptional strike-rate. In many respects you have to be an even better judge than when backing outsiders and, to be brutally honest, I'm not sure I'm good enough when the size of return gets ever closer to the size of stake.

Call it a confidence thing but what works for me is backing horses at decent prices, anywhere from 3-1 to 66-1, it really doesn't matter.

As for what methods I use, the answer is as many as possible. I don't understand people who live solely by speed figures or trends - every bit of knowledge is a potential tool in the war with the bookies.

I've always had great regard for the Racing Post's team of handicappers and routinely reorganise the racecards on racingpost.com by Racing Post Ratings. This gives me a second opinion against the official marks and is a good starting point.

It's particularly useful on the day of a race when there is already betting as it can quickly highlight horses at a price who are worth investigating.

Then of course I have to decide whether I agree with the RPR (whatever ratings you use, they are all basically just someone else's opinion) and then see if conditions are conducive to the horse running up to its best – distance, ground, track, trainer form, etc.

A quick example of this working in practice comes from Synchronised in the Lexus Chase. He was only 2lb off top rating according to RPRs yet was 20-1 in the morning against a bunch of second-season chasers that almost everyone had their suspicions about.

I also have plenty of time for the guys who provide the Racing Post's post-race analysis and without fail will read what they had to say when I'm going through a horse's form.

Then I'll watch the race again for myself and see if I agree. There is no substitute for watching races. Almost all of my most inspired winning bets have come about because of something I've seen and punters these days are in a position that gives them no excuse for not watching as much as they can.

I also try not to get suckered into following the big stables blindly. So many of their horses are underpriced simply because the bookmakers know punters are going to back them – think Finian's Rainbow and Al Ferof in the Victor Chandler at Ascot recently.

Take Paul Nicholls. Had you backed every one of his horses since the 2002-03 season you'd have managed a better than 20 per cent strike-rate, which is pretty good, but you'd also have lost £833.41 to a £1 stake, which is pretty awful.

Make time. The one commodity you can't buy is the time for study. Fail to prepare, prepare to fail. I know that when I've rushed the prep I'm in trouble and that is always going to be the case.

Never be afraid of a price. I know plenty of people who will have more on a short-priced runner than one at bigger odds. If you like one at a price, go for it – just be prepared for a struggle to get on.

Make a point of looking at the prices overnight. A vast number of races are priced up the night before and there can be mistakes galore.

I’d watched her go off like a bat out of hell in the Hardwicke at Royal Ascot two weeks earlier, but she was beaten only seven lengths and was coming back at the fourth near the line. It was clear she stayed, but not everyone was going to see it like that.

The second favourite at Haydock in the morning was Flame Of Gibraltar, who had run second in the Ribblesdale two days before the Hardwicke. Yet on similar ground the times suggested Barshiba had covered the ground at least ten lengths faster.

Barshiba went into the race as the third highestrated in the field and, of the two above her, favourite High Heeled was going to hate the lightning-fast ground and Take The Hint had flopped in the Ribblesdale.

Barshiba again pulled in front, but not as hard as at Ascot and never saw another rival under Paul Hanagan.

Flame Of Gibraltar was withdrawn so there was a big Rule 4 to contend with (hence the starting price of 12-1), but she was sent off favourite and was thumped by Barshiba just two weeks later at Newmarket.

All this might seem like a chronic piece of after-timing, which every punter hates, but I did put her up on RPTV the day before, so someone must have seen it!