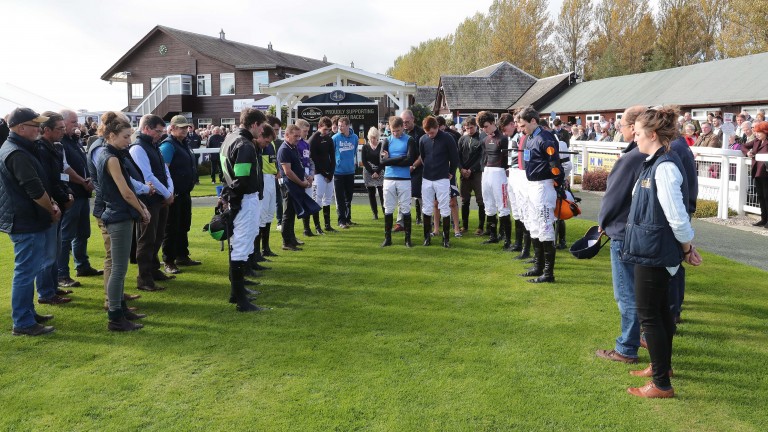 A minute's silence was held in the parade ring at Peth yesterday for former general manager Sam Morshead, who passed away on Tuesday
GROSSICK RACING
1 of 1
By Robbie Wilders UPDATED 6:05PM, SEP 26 2018

Members of the racing community from far and wide have paid glowing tribute to much-loved former jump jockey and racecourse manager Sam Morshead, who died on Tuesday aged 63 after a long illness.

Morshead, who rode more than 400 winners in Britain, including three at the Cheltenham Festival, was the driving force behind the transformation of Britain's most northerly racecourse, Perth, into the thriving business and popular venue it is today.

Hazel Peplinski, chief executive of Perth, where a two-day meeting began in solemn circumstances on Wednesday, said: "We'd known Sam had been ill for some time but, whilst it was expected, it's a massive blow for the team here at Perth.

Everyone at Perth is very saddened to hear the news of Sam Morshead's passing. Our thoughts are with his family and close friends.

In agreement with Sam's family we shall be paying a tribute before the first race today in the parade ring, to which all are most welcome. pic.twitter.com/JGsC10SVqz

"He wasn't just a boss, he was a very close friend to so many. It's a big ask [to race] today but we're all pulling together.

"You can't think of Sam without smiling. He lived life to the full and he never lost sight of the fact racing was an entertainment business.

"Even through the peak of his illness he still travelled the world fishing, which was another of his major passions. He lived twice the life many do and was truly a unique character."

Among Morshead's closest friends in racing were trainers Kim Bailey and Oliver Sherwood, both of whom are godfathers to one of his children. 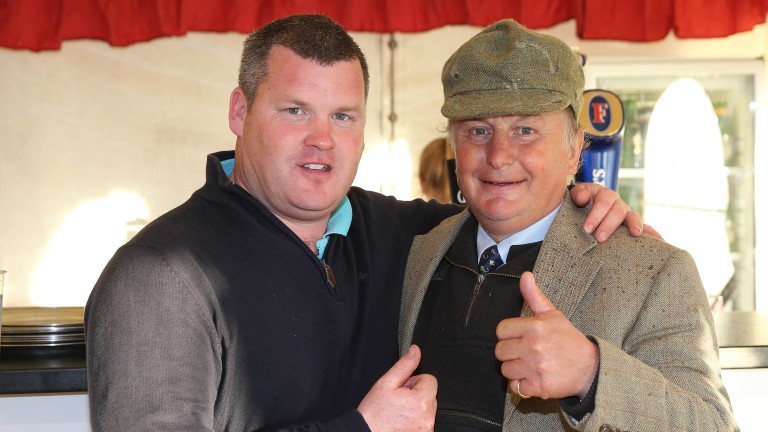 Bailey said: "Myself and Sam go really far back. We shared a house together many moons ago. It's very sad but a relief in a way because he'd been going through a lot of pain with his illness.

"He was an extraordinary person and totally dedicated to his craft, transforming Perth into the brilliant racecourse it is today."

Sherwood expressed similar sentiments, saying: "We first met in Ireland 45 years ago and have been really good friends ever since.

"I think it's fair to say he was an eccentric character! It was amazing what he did for Perth, but that's secondary because he was a proper man who I always had a lot of time for. He made the most of what he had and enjoyed a great life."

Peter Scudamore was a former weighing room colleague of Morshead and reflected: "I'd known Sam since he was a teenager. It's very sad but he battled courageously with his illness and showed great heart.

"It's remarkable in a way that he was remembered more for his exploits at Perth than anything else. He was a top-ten jockey who rode north of 400 winners and was extremely tough in the saddle.

"Having the brains, energy and guts to go out and carve a second career for himself was testament to the man."

Very sad to hear Sam Morshead has passed away. Gentlemen and great character thoughts are with his family #RIP

The improvements made at Perth have lured owners and trainers from far afield, with the course becoming synonymous with the likes of Nigel Twiston-Davies, Philip Hobbs and Gordon Elliott.

Somerset-based Hobbs said: "Sam was great fun. He was always the driving force behind the progression at Perth, but it shouldn't be forgotten he was a very able rider as well.

"I asked Sam once if he'd ever consider moving south. He said, 'No, but I might go further north!' He was a great man."

Leading Irish trainer Elliott added: "It's very sad Sam has passed away. I got to know him well from when I started taking horses over to Perth ten or 11 years ago, and he was a big part in us continuing to have runners there.

"He looked after us and our owners really well. He was a good man and will be sadly missed."

FIRST PUBLISHED 3:15PM, SEP 26 2018
It was amazing what he did for Perth but that's secondary because he was a proper man who I always had a lot of time for

Rooster Booster: a moment of glory wanted by all but expected by none Top owners Simon Munir and Isaac Souede remove horses from Gordon Elliott's yard Owner horrified to learn Kiss Me Kayf was sent to English abattoir Henderson: racing must heed Panorama warning over traceability of retired horses Panorama to allege ex-Elliott horses were sent to UK abattoir