Pat Smullen DEATH OF A LEGEND

Racing in mourning following the death of Pat Smullen 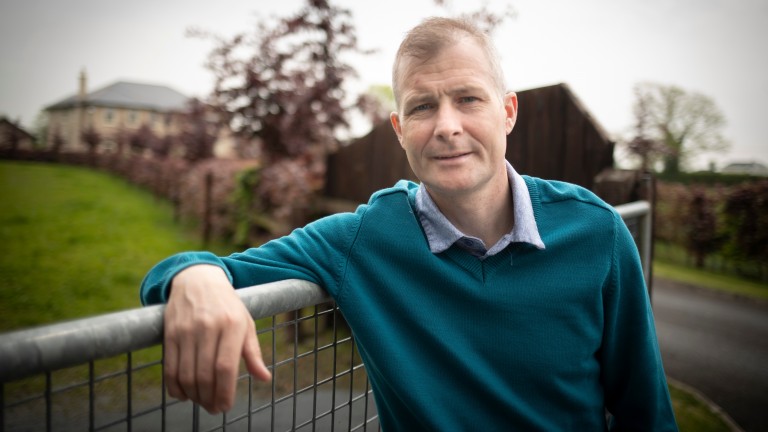 The international racing community was rocked on Tuesday night after it emerged that Pat Smullen had died in St Vincent's Hospital in Dublin from pancreatic cancer. He was 43 years of age.

A nine-time Irish champion jockey and 12-time European Classic winner, Smullen had been diagnosed with the illness on March 26, 2018.

His initial treatment led to him being given a clean bill of health last year, and he proved an inspiration for many in the way that he put his efforts into fundraising initiatives for Cancer Trials Ireland, including an Irish Champions Weekend legends race that ultimately raised over €2.5 million for the cause.

The news of his death, almost a year to the day after that most memorable of occasions, is unfortunately poignant.

Smullen suffered a relapse in recent months and his condition is believed to have deteriorated last week. His family confirmed that he died on Tuesday evening.

Horse Racing Ireland chief executive Brian Kavanagh said: "Today is the saddest of days as Irish racing comes to terms with the loss of one of our brightest stars.

"Pat Smullen was a nine-times champion jockey, but his achievements in the saddle pale in comparison to his qualities out of it.

"All our thoughts are with Pat’s wife Frances, children Hannah, Paddy and Sarah, his mum Mary, brothers Ger, Sean and Brian, his close friends and colleagues in the weighroom, trainer Dermot Weld and all the staff at Rosewell House.

"Pat was an inspiration for the selfless way that he faced up to the most awful of diagnoses and his fundraising efforts through Cancer Trials Ireland will benefit many people in the future. The Pat Smullen Charity Raceday will go down in the annals of Irish racing as one of the best days ever at the Curragh.

"For Pat to be taken from us at such a young age is hard to comprehend. His memory will live long wherever horse racing is discussed. May he rest in peace.”

A dual champion apprentice in 1995 and 1996, Smullen’s glittering career reached a glorious climax when he soared to victory aboard Harzand in the Derby in 2016. 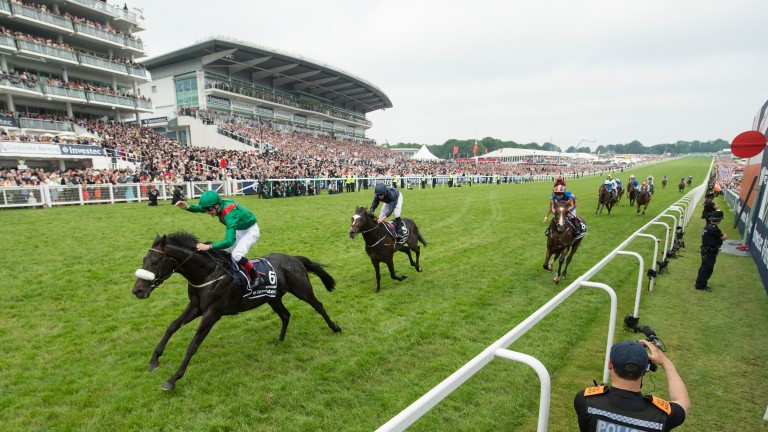 Harzand: wins the 2016 Derby at Epsom with Pat Smullen on board
Edward Whitaker (racingpost.com/photos)

That memorable triumph on the Aga Khan’s homebred was achieved in partnership with his great ally Dermot Weld, for whom he succeeded Mick Kinane as stable jockey in 1999.

Recognised as one of the most dependable and steady big-race riders of his era, Smullen made the breakthrough at Group 1 level aboard the Tommy Stack-trained Tarascon in the 1997 Moyglare Stud Stakes.

During his spectacular tenure at the helm for the Rosewell House trainer he farmed nine championships – only Kinane has won more Irish titles.

His other major wins for Weld in Britain included the 2,000 Guineas on Refuse To Bend, the Ascot Gold Cup on Rite Of Passage, the Champion Stakes on Fascinating Rock, the Prince of Wales's Stakes on Free Eagle and the Sun Chariot Stakes on Dress To Thrill, on whom he also won the Grade 1 Matriarch Stakes in the US.

Smullen rode his first winner on Vicosa for Tom Lacy at Dundalk on June 11, 1993, and also rode what proved to be his final winner at the modern incarnation of the track on Togoville for Anthony McCann on March 16, 2018.

In all, he rode 1,892 winners in Ireland and Britain, and 25 at the highest level around the world. He leaves behind his wife Frances, the Classic-winning trainer who is a sister of Aidan O’Brien’s wife Annemarie, and their three children Hannah, Paddy and Sarah.

Covid-19 restrictions mean that no more than 50 mourners are permitted to attend funerals in Ireland. The family funeral will be on Friday, with the private mass beginning at 2pm at St Peter’s Church in Rhode, County Offaly, followed by burial in the adjoining cemetery.

The funeral will be available to be streamed on Zoom, with the meeting ID 6949803979. The passcode required to gain entry to the stream is 12345.