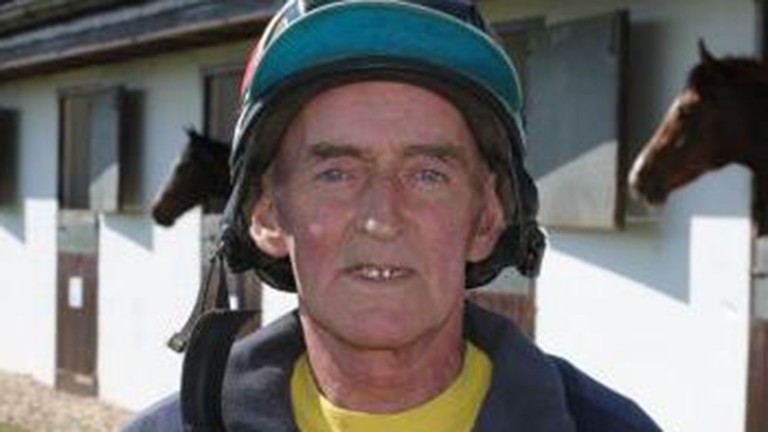 Friends and colleagues from the world of racing joined close family who had travelled from Ireland in a celebration of the life of Ken Dooley at Woking crematorium on Wednesday.

Dublin-born Dooley, 57, died in the stables area at Kempton during an evening meeting on October 14.

He was attending to a horse trained by Amanda Perrett, for whom he had worked for seven years. The cause of his death is still under investigation by the Surrey coroner's office.

Sandra Hanrahan, his niece, spoke of a boy known to the family as "Pancho", who grew up with a strong mischievous streak and as a child kept a goat, which would often be found in the kitchen.

A passion for animals was the catalyst for a lifetime career with racehorses. He had spells with several trainers in Ireland, among them Jim Bolger, leading to a long and rewarding time at Belmont Park, New York, and finally on to Coombelands in West Sussex, where he was a valued member of Perrett's staff, and a popular one too.

Perrett, who placed Dooley's riding helmet and crop on the coffin alongside a photo of him riding work at Belmont, had previously described him as "an excellent employee and integral member of the team, very experienced with racehorses having worked with them all his life as a jockey, trainer and jockey coach around the world – the first into work in the morning and hugely enthusiastic".

All but a skeleton staff of three made the journey from Pulborough to Woking, where they were joined by others who knew Dooley, including stipendiary steward Sam Angell, who represented the BHA.

Angell, who was on duty at Kempton the night Dooley died and so was instrumental in the decision to abandon racing, is a son of the Perretts' long-serving head lad Dean Angell, who was also present.

FIRST PUBLISHED 6:36PM, NOV 15 2017
An excellent employee and integral member of the team, very experienced with racehorses having worked with them all his life as a jockey