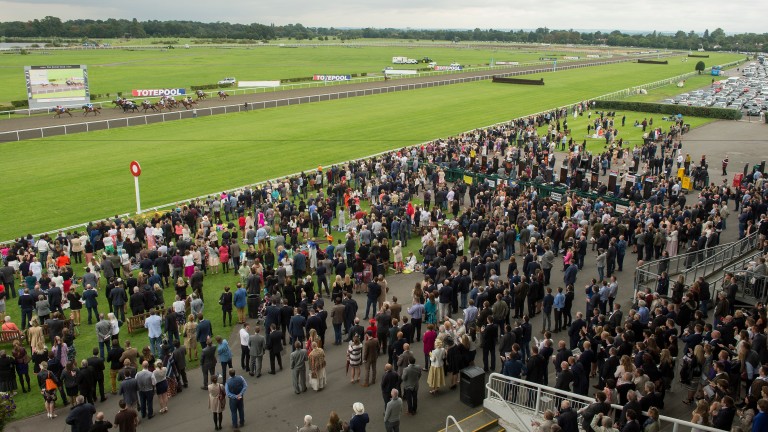 Racing has been battling the elements perhaps like never before this week as snow and ice from the sky has met with fire and fury on the ground after plans to redevelop Kempton for housing were announced at the start of the week.

So how appropriate it is then that Kempton is in the racing front line on Saturday with the 32Red Lanzarote Hurdle, one of the track’s big fixtures of the season.

Although not a patch on the bumper King George crowd on Boxing Day, an average of just over 2,500 spectators have attended this day over the past five years, a significantly larger crowd than for all-weather fixtures at the track, which routinely attract fewer than 1,000 punters.

Wrapped up from the cold in coats, hats and scarves - perhaps green, yellow and purple ones once hoisted to celebrate a Kauto Star King George victory - jumps fans are likely to be keen to show their support for the track following Tuesday’s bombshell.

Many have been coming to Kempton for years on cold winter days to see some of the finest jumpers in action. The likes of Desert Orchid, Best Mate, Sprinter Sacre, Coneygree and Thistlecrack warming them against the freezing temperature, nurturing passions for racing as only superstars of the sport can.

That time may be coming to an end at Kempton though with the famous fences and statues of former heroes set to be removed and Tarmac, houses and ornamental water features taking their place.

What Saturday will provide is an opportunity for Kempton and the Jockey Club to remember and appreciate the passion with which jump racing is followed at the course, and how the prospect of seeing good horses racing at a good track for good prize-money will forever be cherished in this part of south-west London.

Few trainers have enjoyed Kempton more than Paul Nicholls and his support for the course is once again to the fore on Saturday with two runners in the feature Lanzarote Hurdle.

It is a race he has saddled the winner of twice before, most recently with the classy Saphir Du Rheu in 2014. Old Guard and Modus represent the trainer this year while the talented Vibrato Valtat is also in action earlier on the card in the Listed 32Red Casino Chase. 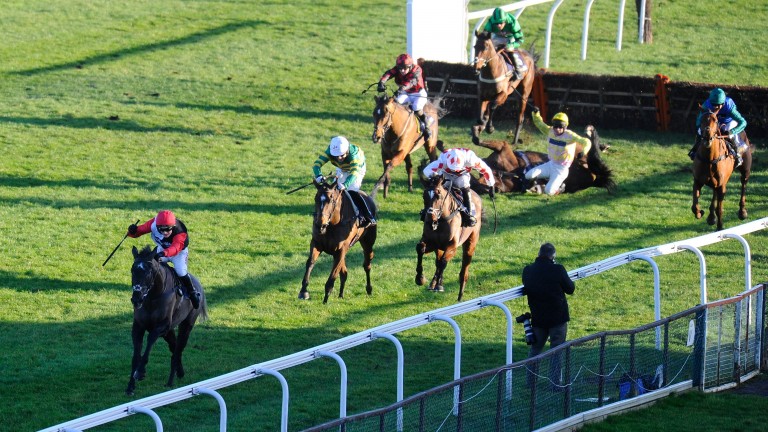 Harry Derham and Saphir Du Rheu power to Lanzarote Hurdle success in 2014
Alan Crowhurst
However, it looks a tough ask for Nicholls to pocket either prize with a number of useful rivals taking on his runners in both races - more evidence of the willingness of trainers to send their better horses to race at Kempton.

The unbeaten Doesyourdogbite heads the market in the Lanzarote Hurdle after his win over course and distance on Boxing Day, while last year’s winning trainer Venetia Williams sends the progressive Bennys King in search of glory.

Vibrato Valtat will be challenged by Activial, making his first start for trainer Neil Mulholland and owner Roger Brookhouse, Vaniteux and Quite By Chance in a race that has fallen to Captain Chris, Balder Succes and Triolo D’Alene in the past three years. Not bad horses those three.

Warwick has been tinkered with in the past as well. Flat racing has not taken place at the course since 2014 but jump racing has flourished in its absence and on Saturday 82 horses have been declared across the seven races.

A maximum field of 20 will contest the Grade 3 Betfred Classic Chase where three former winners are back again to tackle the 3m5f test.

Russe Blanc, a rare white racehorse, came back much darker after fending off Midnight Prayer on heavy ground last year. The testing conditions are sure to suit him as well as his Kerry Lee-trained stablemates Mountainous and Goodtoknow. 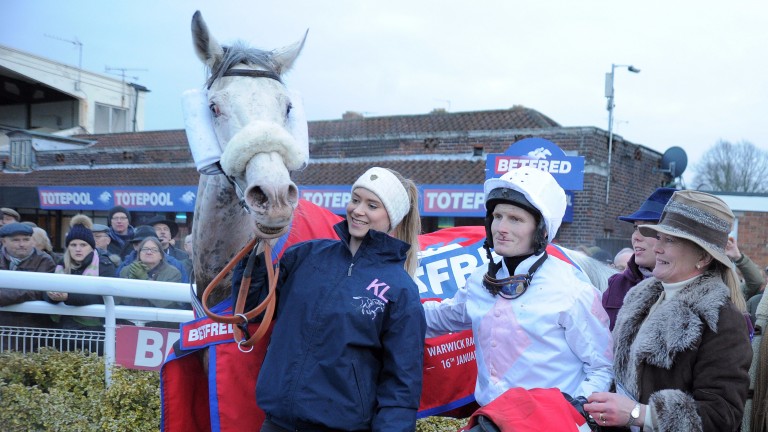 Lee and Williams may be formidable foes at Warwick but they have not dominated the Classic Chase like Willie Mullins has the Grade 2 Sky Bet Moscow Flyer Novice Hurdle at Punchestown.

Crack Mome is the one selected by the master trainer this year as he seeks to win the race for a seventh time in the last nine seasons, while he is also bidding for a fifth win in a row after victories for Mozoltov, Vautour, Douvan and Min.

Vautour went on to finish the closest of seconds to Cue Card in the King George VI Chase at Kempton while Douvan is talked about as a potential future contender for the Boxing Day showpiece. Such talk may seem wistful in the future.

FIRST PUBLISHED 2:52PM, JAN 13 2017
That time may be coming to an end though with the famous fences and statues of former heroes removed and Tarmac, houses and ornamental water features taking their place