Sedgefield lost to snow but Huntingdon passed fit to race 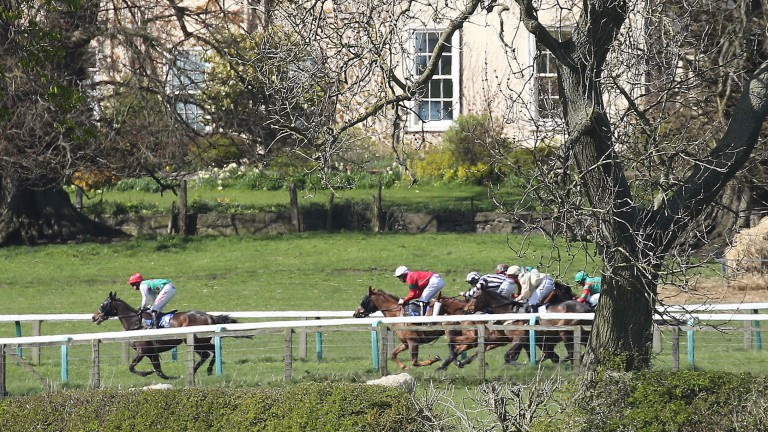 An inspection was called on Thursday for both meetings, with snow and freezing overnight temperatures forecast.

Huntingdon clerk of the course Jack Pryor said: "I've given it the all clear, the frost is already starting to come out of the ground.

"There is still a risk of snow showers this morning, and it is currently snowing very lightly, but I am confident it will not be a problem.

"We will continue to monitor the situation and if it does get worse we will have to look again."

Frost sheets were deployed on all take-offs and landings at Sedgefield but to no avail, as heavy snow rendered the course unraceable and the meeting was abandoned before the 7am inspection.

Clerk of the course Roderick Duncan said: "We had an inch and a half of snow covering the whole course. It was still snowing and if that wasn't enough, the ground underneath was frozen. It was not a difficult decision."

Racing at Wolverhampton currently goes ahead but officials are monitoring the situation after a light dusting of snow overnight with further light snow on Friday morning.

Racing at Dundalk and Lingfield is unaffected.

Inspections at Wetherby and Fakenham

The cold weather has forced Wetherby to inspect ahead of Saturday's card, with officials taking a look at 8am on the morning of racing.

Wetherby clerk of the course Jonjo Sanderson explained: "It's totally precautionary. If the forecast happens to be significantly worse than what is currently forecast then I would like the luxury to be able to assess the course.

"We're forecast a cold, clear night and if it remains that way then we'll have no problem at all. It's just in case we wake up in the morning and things are significantly different."

Fakenham's Sunday card also faces an inspection at midday on Saturday - although clerk of the course David Hunter warned: "Looking at the latest forecast it is highly likely another inspection will take place early raceday morning."

FIRST PUBLISHED 7:26AM, JAN 13 2017
There is still a risk of snow showers this morning, and it is currently snowing very lightly, but I am confident it will not be a problem