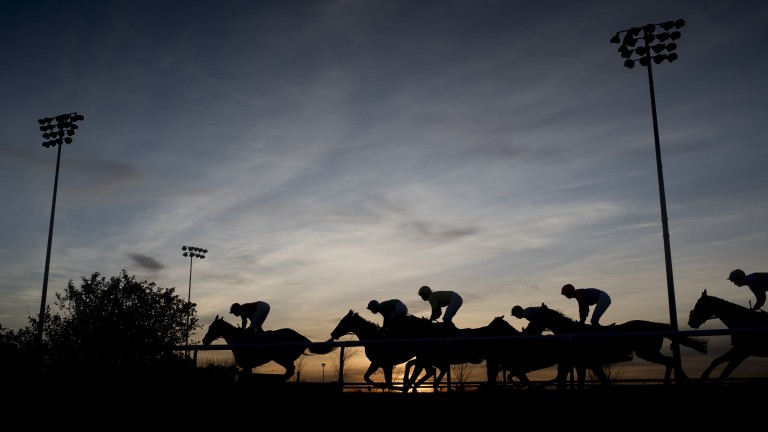 Dundalk: Willie Buckley was working at the course on Friday
Patrick McCann (racingpost.com/photos)
1 of 1
By Brian Sheerin UPDATED 6:26PM, MAR 3 2019

There were tragic scenes in the Dundalk parade ring on Friday night as Willie Buckley, a long-time member of the Irish Horseracing Regulatory Board, died after being taken ill shortly after the second race.

A statement released by the IHRB on Saturday morning read: "It is with deep regret and profound sadness that the Irish Horseracing Regulatory Board can confirm the passing of our esteemed colleague Willie Buckley.

"Willie was a valued member of the IHRB security team for 11 years and was on duty at Dundalk racecourse last evening when taken ill.

"The IHRB offer sincere condolences to his partner Kathleen, son Tony and daughter Sinead and their families, friends and colleagues at this time."

Buckley was the brother of Grand National-winning jockey and longtime Abu Dhabi racing executive Pat Buckley, as well as Seamus Buckley, who retired in 2017 as clerk of the course at Goodwood after 23 years in the role.

Coolmore's Kevin Buckley, nephew of the late Willie Buckley, was among those to pay tribute.

He tweeted: "Willie Buckley rest in peace. He was a wonderful, hard working person. An uncle I was incredibly proud of and I will miss him so much."

The meeting at Dundalk was abandoned after the second race but the remainder of the card, which included the Patton Stakes, has been rearranged for Wednesday evening.

FIRST PUBLISHED 7:10PM, MAR 1 2019
Willie was a valued member of the IHRB security team for 11 years