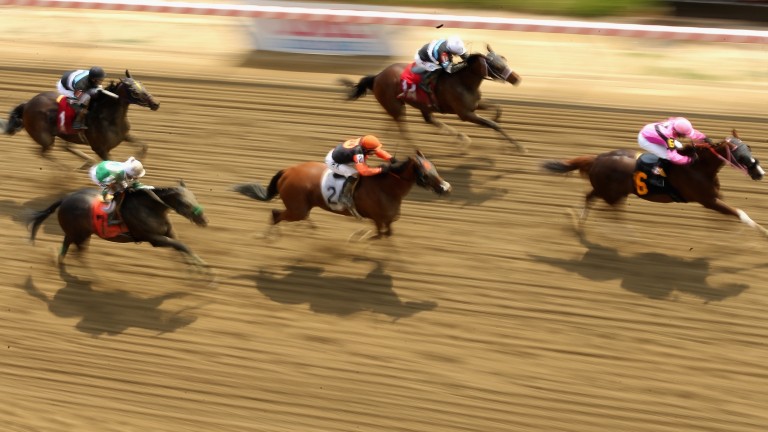 Two of Maryland's leading racing bodies, the Maryland Thoroughbred Horsemen's Association and Maryland Horse Breeders Association, have released a statement criticising the Stronach Group's decision to back a ban on raceday use of Lasix.

The Stronach Group, which owns Pimlico, Maryland Jockey Club and Rosecroft racecourses in the east coast state, were among a number of leading racecourse owners to support an initiative that intends to phase out the anti-bleeding drug from the start of next year.

The Maryland racing professionals' statement, signed by presidents Timothy L Keefe and Michael J Harrison, said: "It is most disappointing that the Stronach Group at no time has sought to engage or have any discussions with us regarding their recent divisive decision to seek to implement a ban on the use of Furosemide [Lasix] on raceday for our horses, the only safe and effective medication scientifically proven to mitigate the adverse effects of exercise-induced pulmonary haemorrhage [EIPH]."

The Stronach Group, which also operates the 2019 Breeders' Cup venue Santa Anita, recently announced a phased-in ban on Lasix at its racecourses following a number of equine fatalities at Santa Anita over the winter.

The ban will prevent two-year-olds from being treated with Lasix 24 hours before a race, while the same rule will extend to older horses competing in stakes races from 2021.

The Maryland horsemen's statement continued: "The proposed ban, if implemented, is an experiment capable of resulting in irreparable harm to many of our horses; most importantly two-year-olds, where mitigation and prevention of EIPH is most important and necessary.

"Deprivation of a safe and effective medication for our horses is totally contrary to our commitment to the health, safety and welfare of the horse, and veterinary scientific experts and researchers agree.

"To be clear, our joint position on the use of Lasix on raceday is, and remains, that absent an effective alternative treatment for EIPH in the horse, we support the current strict and uniformly enforced regulatory protocols for the administration of Lasix on raceday."

It added: "We do not believe a partial ban is consistent with this mandate and will vigorously oppose any change to current regulatory policy in Maryland, absent a regional agreement to do so. We will always, together with our regional colleagues, place the health, safety and welfare of the horse first and foremost."

FIRST PUBLISHED 1:52PM, APR 26 2019
We do not believe a partial ban is consistent with this mandate and will vigorously oppose any change to current regulatory policy in Maryland