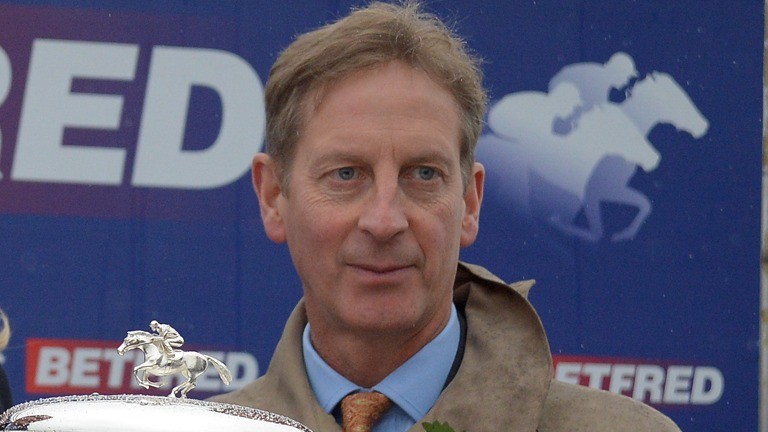 Rupert Arnold: "One of the main shortages is skilled riders and those are the people that this new system is going to allow us to recruit"
1 of 1
By David Carr UPDATED 4:11PM, FEB 19 2020

Home Secretary Priti Patel's announcement that from January 1 next year those applying for visas to work in the UK would be judged using a points-based system was met with predictions of staffing problems, notably in the care system.

But the scrapping of the £30,000 minimum salary requirement is set to open doors previously closed to many of those employed in stables and work-riders and is seen as good news for racing, which relies on migrant workers.

Reacting to the announcement, Arnold said: "It's more or less what we expected, quite a lot of it had been signalled already, and it's a good thing with some caveats.

"The main thing is that the government has confirmed the skill level that is required is going to be adjusted downwards and that will mean work-riders, who we previously had on the shortage occupation list, will now come back into the scope of the points-based system.

"The reduction in the salary threshold to £25,600 is a positive move because there are plenty of people at the work-rider skill level who would be paid that amount."

Arnold also pointed to the flexibility in the new system and said: "Some of the points are 'tradeable'. That means if a worker doesn't quite meet the salary threshold they can trade those points for the fact that the occupation is on the shortage occupation list.

"The government has asked the Migration Advisory Committee to review the shortage occupation list and that will give us the opportunity to reapply for work-riders to go on it and then there can be a bit of give and take in the salary threshold.

"One of the main shortages is skilled riders and those are the people that this new system is going to allow us to recruit. In general it's what we expected and I'm pleased it should give us an opportunity to recruit more migrant workers again."

The government has also announced it will not offer visas to low-skilled migrant workers after Brexit.

Arnold said: "The other message for trainers is that we need to make sure all the EU nationals they currently employ have applied for settled status.

"They've only got this year to do it and we don't want people coming to us in December saying 'What do I do about this person who works for me from Hungary or the Czech Republic?' They need to get on with that.

"In terms of people with other skills, say a yard worker, the government has made it clear they're not going to entertain low-skilled workers from outside the UK, other than some exceptions like seasonal workers in agriculture."

The BHA also broadly welcomed the announcement. Ross Hamilton, head of public affairs, said: "Today’s proposals provide important detail for the thoroughbred racing and breeding sector on the proposed design of the future immigration system from next January.

"We welcome the decision for the salary threshold to be reduced and that the qualification levels of many racing and breeding sector roles are now recognised as eligible for the skilled worker route.

"The BHA will, alongside the NTF, TBA and NARS, engage fully and constructively with the government on its proposals. We will also engage in the forthcoming Migration Advisory Committee process on the Shortage Occupation List, where we will continue our calls for the future immigration system to recognise the skilled nature of the work required to care for racehorses and allow us access to the best international talent supporting our domestic recruitment efforts.

"In the interim, we encourage all European Economic Area staff working in the industry today and who have not already done so to apply to the UK government’s settled status scheme for staff and their families. Further information and guidance on the process is available via the Brexit webpage on britishhorseracing.com."

How we got here:

The next steps for Brexit as racing plays the waiting game

FIRST PUBLISHED 1:33PM, FEB 19 2020
In general it's what we expected and I'm pleased it should give us an opportunity to recruit more migrant workers again