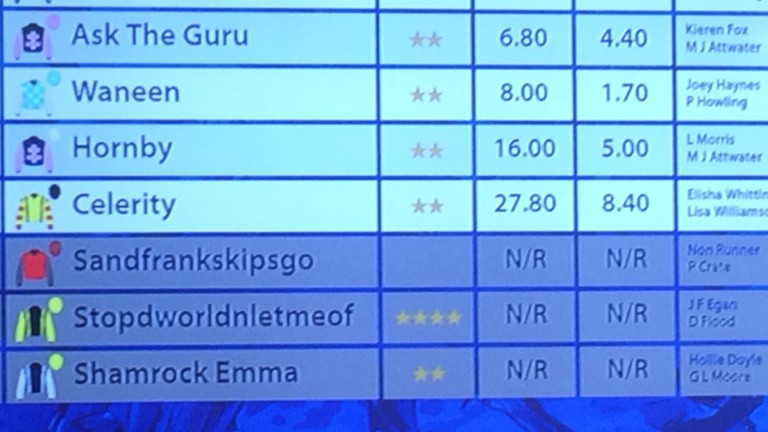 The Tote display showed David Flood's Stopdworldnletmeof as a non-runner
1 of 1
By Bruce Jackson 4:01PM, JAN 1 2019

The Tote and its new on-course management partner Britbet suffered an embarrassment on New Year's Eve when the last-race favourite at Lingfield was displayed as a non-runner on the racecourse betting display screens.

Stopdworldnletmeof was shown as one of three non-runners in the 5f handicap, even though the David Flood-trained sprinter had not been withdrawn and was sent off the 15-8 favourite in the seven-runner field.

Some racegoers, threatening to take legal action after placing Exacta bets on the Tote, left the course disgruntled after Stopdworldnletmeof finished second.

The five-year-old had been doubly declared at the meeting, missing his earlier potential engagement, and it was the double declaration which led to the error on the screens.

Britbet managing director Nigel Roddis apologised for the mistake on Tuesday and said: "There was an issue with the double declaration for the display system, though it did not affect any of the betting systems.

"I apologise to those affected as there was a degree of confusion and we will work to rectify the issue and ensure it doesn't happen again." 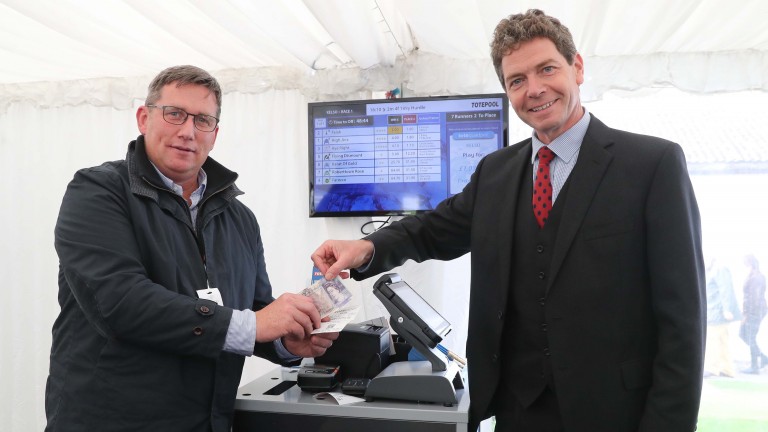 While Britbet staff, alerted to the mistake, did their best to tell Tote backers that the favourite was running, the approximate odds on the screens did not include Stopdworldnletmof in any of the markets.

The confusion was a talking point as bewildered racegoers, in a large family-orientated crowd, left the course with one asking officials if they could get their Exacta money back as they had the 3-1 winner Impart but thought the favourite was a non-runner.

The Tote, with a large online and off-course input into its pools, was able to declare a dividend with Stopdworldletmeof paying £1.90 for the place, more than a 15-8 favourite would be expected to pay for a place in a seven-runner field.

The Exacta paid a more in-line £9.90, better than the Computer Straight Forecast, but the Trifecta was only £64 compared to the Tricast payout of £91.99.

The Tote, whose new partners Alizeti hope to attract worldwide input to boost turnover into the millions on big days, could not take bets at Kempton for some time during last Thursday's meeting, while at Cheltenham in November there was criticism for the amount of time it took to place bets.

Britbet, which has rebranded the on-course Tote, had been due to run a separate Tote on 55 of Britain's racecourses until a last-minute deal, involving a £50m package over seven years, was struck with Fred Done's Tote and their Alizeti partners to maintain the one-pool status quo.

Britbet open to discussions with rivals over pool betting