Racing stunned after death of stalls handler in Haydock incident 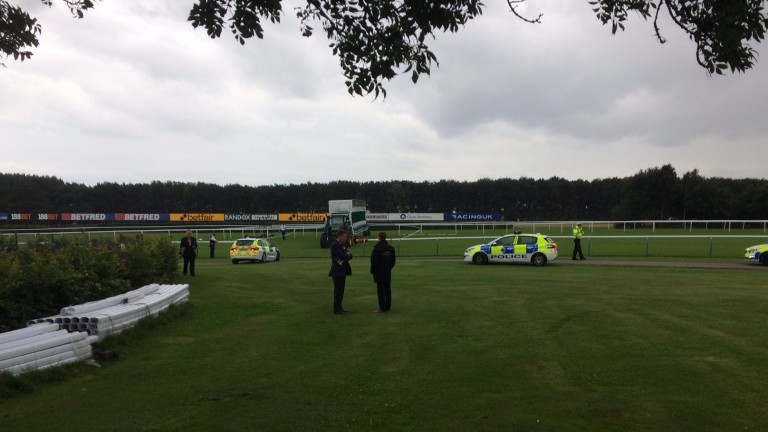 Racing was left stunned on Friday evening when it was announced that a stalls handler injured at Haydock in the afternoon had died.

He was named as 60-year-old Stephen Yarborough, whose fatal injuries had been sustained when he was run over by the stalls before the fourth race.

A statement from RaceTech read: "Following a tragic accident today our dear friend and colleague Stephen Yarborough sadly passed away following serious injuries incurred in his role of Team Leader of the Starting Stalls at Haydock Park racecourse."

John Bozza, CEO at RaceTech, expressed his shock and sympathy, saying: “Our thoughts are very much with Stephen’s family, close friends and his colleagues at this very sad time.

"Stephen was an experienced and popular member of the team; he will be hugely missed by everyone. We are doing all we can to support Stephen’s family and the investigation at this stage.”

According to his employer Yarborough, who was born in Grimsby and lived in Great Habton near Malton, is survived by two children, Christopher and Sheriden, his wife Molly having passed away in recent times. 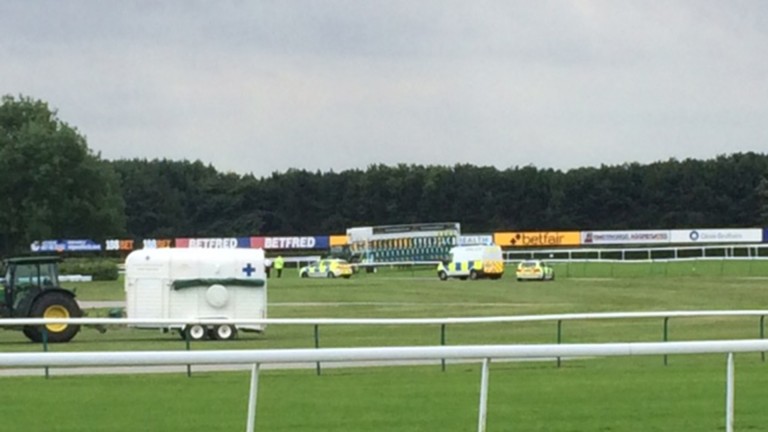 The stalls at Haydock
Runners were coming into the paddock for the fourth race, a Class 5 handicap scheduled to be run at 3.30, but were ordered back to the stables as an air ambulance was called for the injured handler.

The stalls were down at the mile-and-a-quarter start and screens were erected around the scene of the incident as the RaceTech employee received medical treatment.

After the air ambulance had arrived to take Yarborough, nicknamed Yarbie, to Whiston Hospital, Merseyside, clerk of the course Kirkland Tellwright said: "One of the stalls handlers has been run over by the stalls.

"We have abandoned due to the severity of the incident and the police are involved, so the stalls couldn’t be moved off the track.

"The police are gathering evidence and speaking to all potential witnesses. The health and safety executive is involved and we are going to have to learn what happened."

Merseyside police arrived at the scene shortly after the air ambulance had left  – on the opposite side of the course to the grandstands – and taped off the area.

As part of the investigation, the police began interviewing potential witnesses, including other members of the RaceTech stalls team. 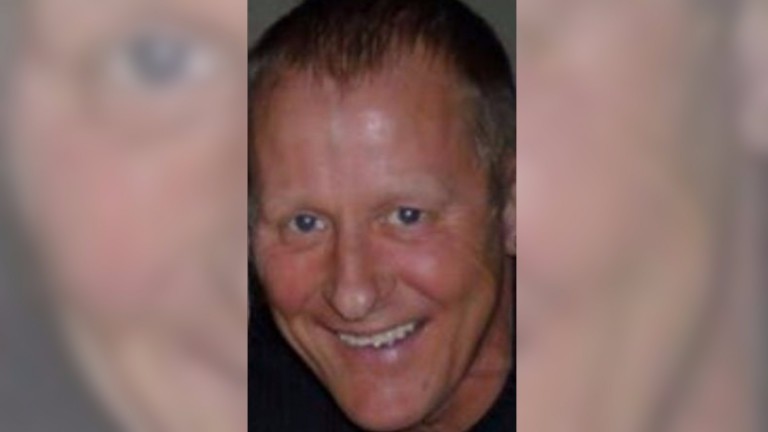 Stephen Yarborough, who suffered fatal injuries at Haydock on Friday

The first sign of the problem came 20 minutes before the start of the fourth race. Tom Dascombe, who had been due to run Punkawallah, said: "We had just saddled our runner and the doctors came running out of the weighing room."

As the horrible severity of the issue became apparent, the racecourse executive abandoned the meeting, a decision that was sanctioned by the stewards.

Stipendiary steward Robert Earnshaw said: "Following an incident at the start, the racecourse executive informed the police, which they are required to do, and because the police were on their way to investigate the incident they took the decision that they wished to abandon racing.

"We've held an inquiry and facilitated the abandonment. The police are involved, it's very unfortunate."

The stewards' official statement read: "The stewards held an inquiry following a report from the starters that a member of the stalls team had been injured prior to race four.

"They interviewed both starters and the clerk of the course, who was representing the racecourse executive. The clerk of the course stated that the racecourse executive had taken the decision to abandon the remainder of the day’s racing as the police had been informed of the accident and were due to arrive to conduct their inquiries. This decision was sanctioned by the stewards."

Haydock is due to stage an evening meeting on Saturday, after which Culture Club are booked for a concert.

Before the news was announced, a tweet from Haydock on Friday night read: "Following the abandonment of racing today, currently Saturday's fixture will go ahead as planned."

FIRST PUBLISHED 9:22AM, JUL 25 2017
Our thoughts are very much with Stephen’s family, close friends and his colleagues at this very sad time