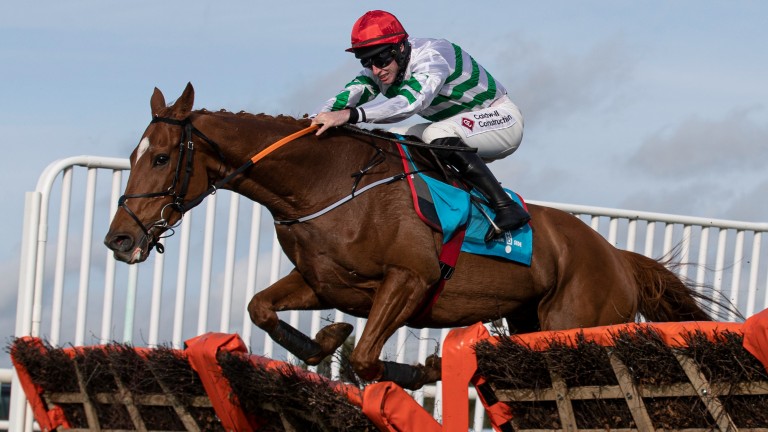 Zanahiyr: was cut for the Champion Hurdle and Stayers' Hurdle after his Down Royal win
Patrick McCann (racingpost.com/photos)
1 of 1
By Justin O'Hanlon UPDATED 5:29PM, OCT 29 2021

Which path Zanahiyr takes this season is the main question after he got his campaign off to a perfect start with a convincing success in the feature Grade 2 WKD Hurdle.

He made all under Jack Kennedy and took control after his chief rival Cask Mate made a bad mistake at the second-last, but the manner in which the four-year-old went about his business from that point left little doubt as to who the winner would have been as he stretched eight lengths clear.

He was cut to 16-1 (from 25-1) by Paddy Power for the Champion Hurdle, but intriguingly the same firm cut him to 25-1 (from 50) for the Stayers' Hurdle, and anyone willing to take the latter price would not have been discouraged by Gordon Elliott's comments.

"He's entered in the two-and-a-half-mile Hatton's Grace Hurdle, we'll have to see, but I could see him stepping up in trip at some stage of the season," he said. 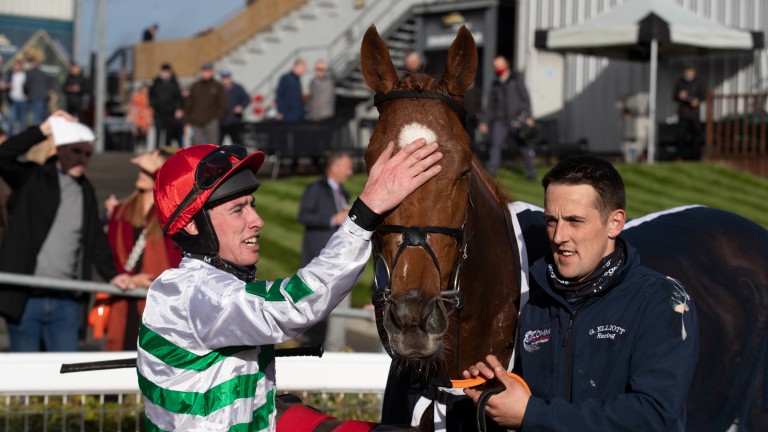 Zanahiyr gets a pat from Jack Kennedy after his Grade 2 WKD Hurdle win
Patrick McCann (racingpost.com/photos)

"He did that well. He wasn't really doing very much, his ears were pricked the whole way, but it was very pleasing how he galloped to the line from the second-last."

Zanahiyr was the middle leg of an Elliott treble. He landed the opening maiden hurdle with the Davy Russell-partnered Hollow Games and completed it in the closing bumper with The Mediator ridden by Jamie Codd.

Among the Brave Incas and the Big Zebs, Colm Murphy trained some good mares in his first stint as a trainer, and he believes the unbeaten Impervious could be up with the best after her impressive success in the Grade 3 Irish Stallion Farms EBF Mares Novice Hurdle.

The Paul McKeon-owned five-year-old made it three out of three over hurdles in the hands of Brian Hayes, quickening well from the back of the last for a comfortable five-length victory over 20-1 outsider Sit Down Lucy. 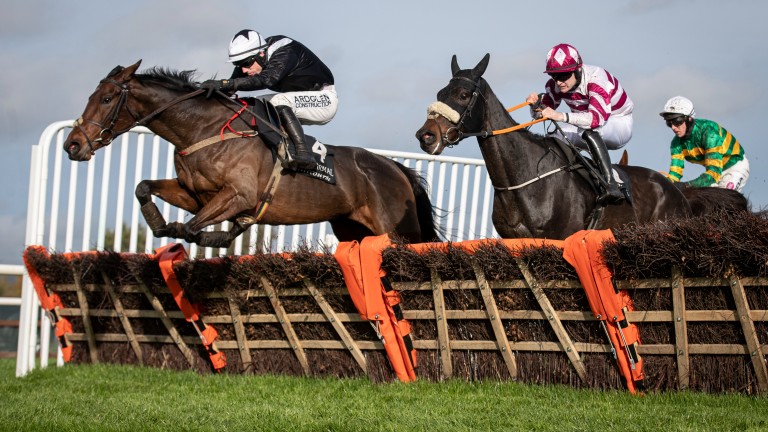 It was Murphy's biggest success since rejoining the training ranks in 2019, and he couldn't hide his excitement over Impervious.

He said: "She answered every question today. She jumped and travelled and I'm delighted with how she went past the line.

"She has really improved from the last day and hopefully she can keep doing so. We can keep dreaming and the Mares' Novices' Hurdle at Cheltenham would be the long-term target."

The beginners' chase oozed quality, and although the Jessica Harrington-trained Lifetime Ambition would not have been on the tips of most tongues before the race, he was afterwards following a fine display of jumping and galloping.

He made all under Sean O'Keeffe to see off all his more lauded rivals, scoring by two-and-three-quarter lengths from Beacon Edge. Big plans can now be hatched.

Assistant trainer Kate Harrington said: "He got his act together at the end of last season and when we schooled him over fences his jumping was different league. He could be exciting. He'll probably get an entry for the Drinmore at Fairyhouse."

Oisin Murphy: maybe I'll let Marquand and Buick have a go at next year's title

FIRST PUBLISHED 3:32PM, OCT 29 2021
He wasn't really doing very much, his ears were pricked the whole way, but it was very pleasing how he galloped to the line from the second-last

Will Gordon Elliott dominate again? Four National Hunt Chase takeaways Tiger Roll handed surprise handicap hurdle entry at Navan on Saturday 'He would be our main one' - Gigginstown targeting Thyestes repeat with Coko The Tide Turns cut to 25-1 for Triumph as Boodles favourite pulls up What we can learn from Jessica Harrington's spell on the cold list Read what Henry de Bromhead has to say as the brilliant Bob Olinger returns