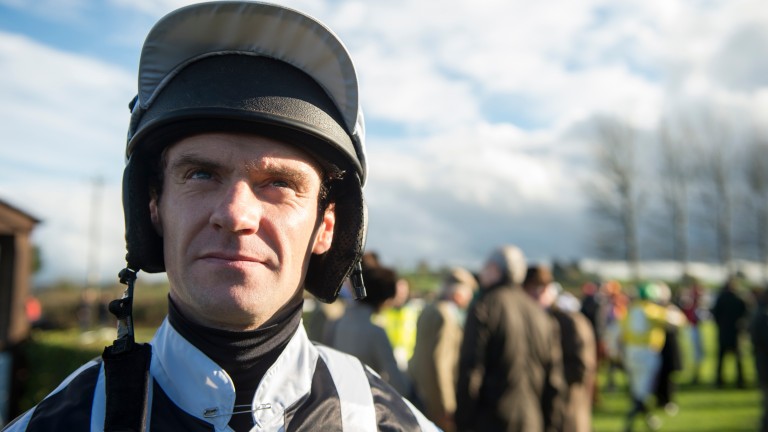 Will Kennedy: struck on Royal Act at Bangor on Thursday
Edward Whitaker (racingpost.com/photos)
1 of 1
By Matt Rennie 6:00PM, JAN 13 2022

Age was just a number in the 2m1½f handicap chase, in which ten-year-old Royal Act denied the 15-year-old Yourholidayisover in a driving finish to land a 20-1 shock.

The Georgie Powell-trained Yourholidayisover was in pole position to defy his advancing years in the home straight, but his fellow veteran wore down his rival after the final fence to score by a length and a half under Will Kennedy.

The winning jockey told Sky Sports Racing: "He's a tricky horse. We came here two runs ago after a wind op and bounced out. He told me to do one last time at Uttoxeter when he was pulled up.

"He missed two fences down the back and I thought he'd given up his chance as he had a freebie out in front, but he stayed on well."

Royal Act's victory also got trainer Sarah Jayne-Davies off the mark for the season, giving her a first winner for 295 days.

Alan Doyle maintained his terrific form in the saddle when he made it three wins from as many rides with Green Vault's easy victory in the 2m7f handicap hurdle.

The 7lb claimer rode a double at Ayr on Sunday and continued his golden spell on the odds-on favourite, who led home a one-two for trainer Lucinda Russell.

Aidan Coleman continued his flying start to the new year with a double courtesy of Contemplatemyfaith's success in the 2m3½f maiden hurdle, before Corey's Courage maintained her unbeaten record in the 2m½f mares' novice hurdle.

Danny McMenamin was out of luck in two rides on his return from a broken collarbone, with his best effort coming when fourth in the 3m handicap chase won by Snuff Box.

A jockey's tale: from a downward spiral of addiction to a rider in big demand Brewin'upastorm likely to go straight to Aintree after winning £100,000 hurdle Next stop Supreme? Unbeaten Jonbon pushed out to 4-1 after Haydock win What next for Sporting John? Hobbs mulls festival options for Warwick winner Ultima and bet365 Gold Cup among spring targets for Corach Rambler Classic handicaps at Kempton and Warwick provide punters with intriguing puzzles