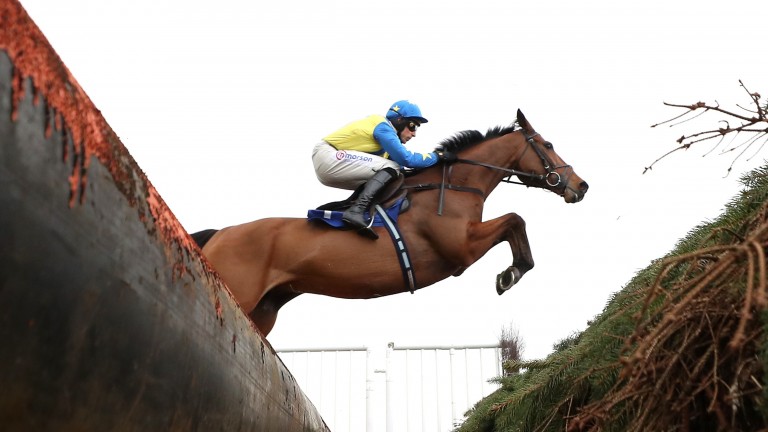 Stable favourite Hatcher cruised to a seventh success over fences for Dan and Harry Skelton in the feature 2m1f handicap chase.

Hatcher, who recorded a four-timer over hurdles at the track in 2018, including when beating Summer Plate winner Francky Du Berlais, survived a scare at the second-last to win by seven lengths.

Champion jockey Harry Skelton, who scored on only his sixth ride of the month, was delighted to see Hatcher record a third win a row.

The jockey said: "He’s been a great servant and loves his racing. That’s his 14th win and he’s great to have in the yard. He loves these conditions and loves it round here. He’s given us a lot of fun.

"It was a good effort from two out because he made a bit of a mistake and I had to just let him get back on the bridle but he did and he’s come home well."

Tom Messenger, assistant trainer to Dan Skelton, added: "He doesn't take much training and always tries his heart out on the track. If we had 20 or 30 of him, life would be a lot easier."

He added: "We've not had that many runners in recent months intentionally as we haven't gone out and bought several horses to go through the summer. We have a really nice winter team, so the summer is an ideal time to take our foot off the gas a little bit and start building up for a busy autumn."

The Skelton team were denied a quickfire double as amateur jockey Ben Bromley won for a third time aboard the Paul Nicholls-trained Chez Hans to foil the Skeltons' 11-8 favourite Gregor.

The 18-year-old, who is based with Phil and Mel Rowley, secured his fourth win under rules, and said: "I'm really lucky the connections have kept me on him. It's my first hat-trick on a horse and Paul [Nicholls] has shown a lot of faith to keep me on against the professionals."

The Gary Hanmer-trained Wbee recorded his hat-trick in the 3m2½f handicap hurdle but it was bittersweet for jockey Sean Bowen, who stepped in to partner the six-year-old for the first time.

Bryan Carver, who was on board for Wbee's last two starts, was injured in a nasty fall at the start of the month.

Bowen said: "Poor Bryan broke his back in a race at Newton Abbot, so he should have been on him but it’s nice to pick up a good spare like that. I probably got to the front a bit too soon but he’s a strong stayer and a good jumper. It was a good performance."

Jonjo O’Neill jr celebrated a winner with his only ride of the day as he steered the well-backed JP McManus-owned favourite Demon D’Aunou to a first win since July 2020 in the 2m6½f handicap chase.

FIRST PUBLISHED 6:59PM, JUL 18 2021
We've not had that many runners in recent months intentionally as we haven't gone out and bought several horses to go through the summer