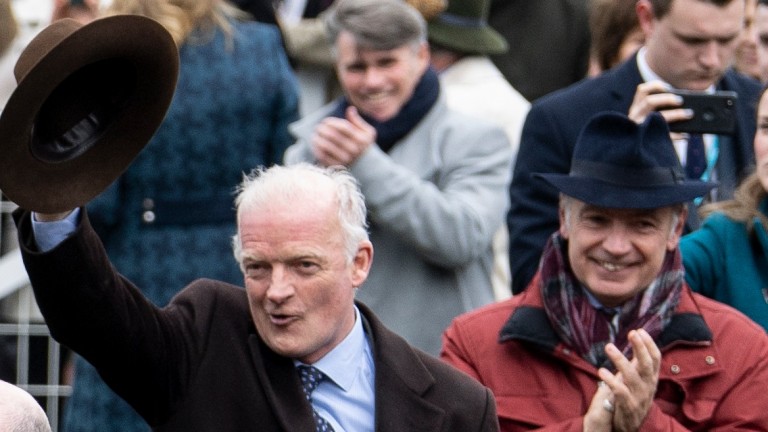 Willie Mullins and his old ally Rich Ricci filled the second and third spots in Wednesday's Kerry National and just when it appeared as though their chance of feature race glory at Listowel had gone, up popped Rebellito.

Last seen running a respectable race on Irish Champions Weekend, Rebellito came alive for the Listowel crowd by showing a change of pace his rivals didn't have to win the €40,000 Listowel Printing Works Handicap.

Ridden by Ronan Whelan, Rebellito quickened impressively with the rider saying: "He has quite a gear."

He added: “He ran a good race for a long way the last day at Leopardstown and, speaking to Willie this morning, he said that's not as good as he is and that he'd improve for that. How right he was.

“He travelled everywhere for me at Leopardstown and I was happy enough he had a little change of gear. I was probably there a little bit sooner than I'd like. He came on from the last day and might come on again from that.”

Ado McGuinness knows better than anyone the truth to the saying one man’s trash is another man’s treasure, and the Dublin-based handler was thanking his lucky stars he didn’t send Is That Love to the horses-in-training sales last year.

Is That Love landed his sixth career win, and did so in style, in the Kevin McManus Bookmaker Handicap under Cian MacRedmond, who lost his 7lb claim in the process.

McGuinness said: “I nearly have to thank the handicapper for this win as he put him up four pounds for being third the other day, so I was forced to run him today. Cian gave him a super ride and he's lost his seven pound claim now.”

The trainer added: “He's in Barney Curley’s race next week at Bellewstown, so he might rock up there too.

“That's his sixth win of the year, so he's done well. Last year we were going to bin him, so it just goes to show you what some of them do. He's just turned himself around.”

French Claim was backed as though he was a good colt ahead of his debut in the opening mile maiden, and he confirmed himself exactly that when overcoming a slow start to score for Paddy Twomey and Billy Lee.

Twomey said: "He's a nice horse and I was hoping he'd run a nice race. When I saw he was drawn in 14 and looked at the stats it didn't make great reading.

"Like a lot of mine, first time he was a bit clueless early on, but he was able to put it together in the second half of the race, so that was great.

“He's my first horse for Teme Valley, so it's a nice start. He's a nice big horse and will make a fine three-year-old. I'm not sure if he'll run again this year, but he might.”