Which horse could give Honeysuckle most to think about in the Champion Hurdle? 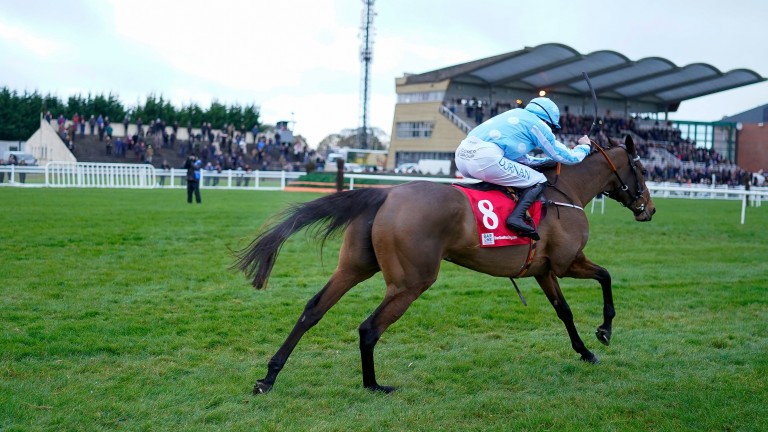 Honeysuckle: as magnificent as ever at Fairyhouse on Sunday
Alan Crowhurst
1 of 1
By Racing Post staff UPDATED 6:33PM, NOV 28 2021

'If Ferny Hollow doesn't go chasing then he appeals'

If Honeysuckle turns up at Cheltenham in anything like the same form she was in at Fairyhouse on Sunday there isn't a horse in the Champion Hurdle picture that will give her anything to think about.

However, if there is one horse other than Honeysuckle who makes appeal, it's Willie Mullins' Ferny Hollow, on the off chance the champion trainer shelves plans to go chasing.

The 2020 Champion Bumper winner hasn’t been seen since beating Bob Olinger in a maiden hurdle at Gowran Park over a year ago and, given December is just days away, it wouldn't be a massive shock if connections decide it's too late in the season to embark over fences with a horse who has run just once over hurdles.
Brian Sheerin, reporter

'Zanahiyr appeals as an each-way alternative'

She won like a high-class mare, but we knew that already. The bare form for the grade was actually nothing special, with the second a 22-1 shot and the fourth going off at 66-1. Neither are speed horses, while Abacadabras, Saldier and Stormy Ireland were all disappointing.

If you think Honeysuckle should be odds-on for the Champion Hurdle already, it is surely because there are currently few alternatives. Sharjah was pummelled three times by her last term, but he’s still the likeliest beneficiary were the favourite not in the same form come March. He will be ten by then, though, so Zanahiyr, five years his junior, appeals more as an each-way alternative.
James Hill, tipster

I was hoping to see a dominant performance from Monmiral in the Fighting Fifth on Saturday, but something was clearly amiss so I will now be looking to another younger horse to chase Honeysuckle home, and I think the David Pipe-trained Adagio is cracking value at 40-1 with Paddy Power and Betfair. 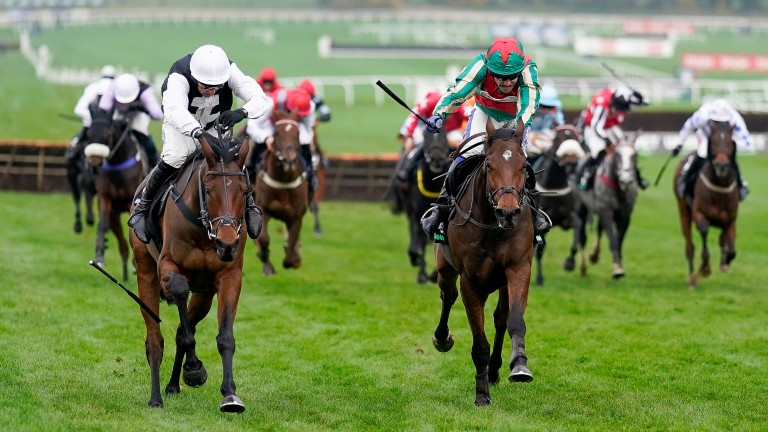 Adagio (right): more than half of the Grade 1 winner's starts in Britain have come at Cheltenham
Alan Crowhurst / Getty Images

Espoir D’Allen demonstrated in 2019 that it is not impossible for a five-year-old to win a Champion Hurdle and should Honeysuckle miss the festival through injury or other reasons, Adagio is too big a price to be ignored based on his untapped potential at this level.
Charlie Huggins, reporter

FIRST PUBLISHED 5:43PM, NOV 28 2021
If you think Honeysuckle should be odds-on for the Champion Hurdle already, it is surely because there are currently few alternatives