What does the Shishkin v Energumene thriller mean for their Cheltenham hopes? 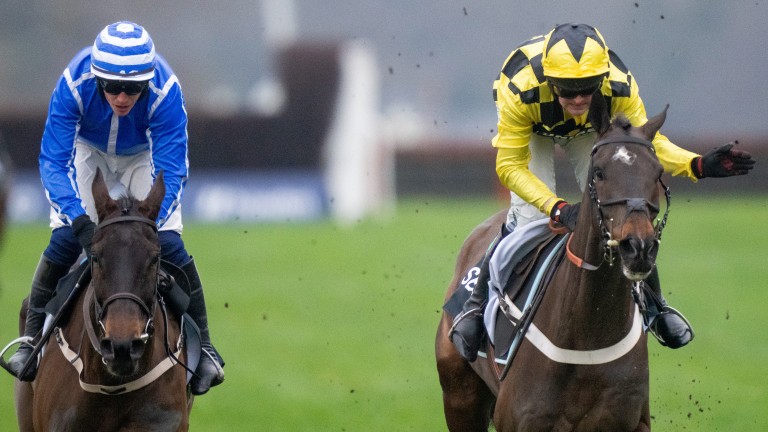 I was shaking as much as anyone at the finish to a brilliant race, but my gut said that Shishkin did Energumene for speed and hand-timing the runners from three out backs that up – if only just.

They finished a couple of seconds faster than you would expect for a chase at Ascot and it was Shishkin's finishing sting that won it.
The rematch in the Champion Chase should be a classic.

Cheltenham's Old course might just suit Energumene that bit more, it is slightly tighter and has the long run down the hill on which Paul Townend can confidently set sail.

Either Shishkin or Energumene could win, but with respective prices of 8-11 and 3-1, the latter available NRNB, there is only one bet and that is Energumene.
Keith Melrose, betting editor

'Not sure Energumene is capable of better than we saw'

Energumene jumped and travelled like the best horse in the race, so Shishkin must be a seriously special horse to run him down after the last, after looking as if he was beaten.

Both emerge from the contest with their reputations enhanced and I can’t wait for the rematch in the Champion Chase at the festival. That is now going to be the race of the entire week. 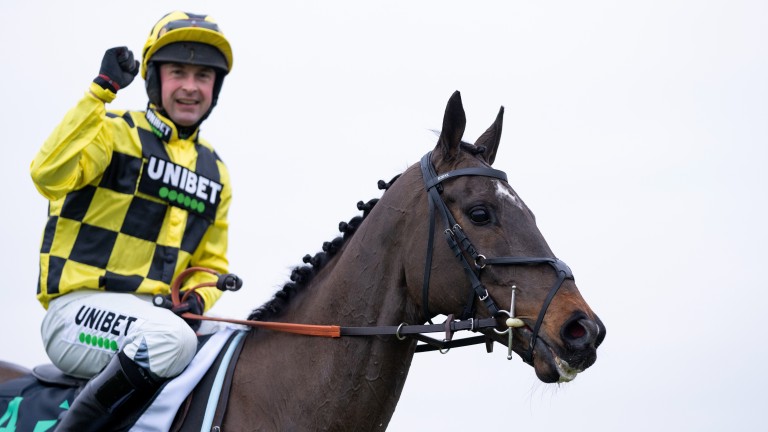 Shishkin showed the heart of a champion to come back off the canvas to land the knockout blow, and the fact he took Energumene’s best and still won convinces me he wins the rematch.

I’m not sure Energumene is capable of better than we saw on Saturday, but Shishkin can definitely jump better. Let’s not forget he was down on his nose after the second-last down the back.

There's plenty of time between now and Cheltenham, so I don’t see why both shouldn’t turn up again in top form, and I’ll be firmly in the Shishkin camp once again.
Graeme Rodway, deputy betting editor

'Nube Negra could be the one to take advantage'

Shishkin’s in the box seat now. That was far from a perfect race for him, yet he still had the ability, and the guts, to win it. Willie Mullins will have more cards to play in the Champion Chase, but I’ve long felt the track wouldn’t suit Energumene, and it would be a surprise were he to reverse the form at Cheltenham.

Of course, the concern for both is that after such a titanic tussle, have they left their season behind at Ascot? Remember what happened to Cyrname and Altior in 2019.

Personally, I would have thought they’ll get over Saturday soon enough, given they both went into this contest race-fit, but if it does leave its mark, a fresh-as-paint Nube Negra could be the one to take advantage in March.
James Hill, tipster

Shishkin's margin of superiority was just a length and that probably doesn't entitle him to be as short as 1-2. There's so little between the pair that pushing Energumene out to 3-1 seems an overreaction.

Perhaps attempting to stretch Shishkin could bring them closer together, albeit it's clearly a serious task.

It's worth considering how much this battle will take out of the two. Shishkin was nowhere near as flashy at Aintree last season after posting a big effort in the Arkle and underwent wind surgery afterwards. This was clearly the biggest test of Energumene's life too.

If one of these failed to run to the same level in March, Chacun Pour Soi, sent off 8-13 for the same race last year, could be the each-way value after being pushed out to 12-1.

It's hard to see him out of the frame and that is more appealing than backing either Shishkin or Energumene to win.
Mark Boylan, reporter

FIRST PUBLISHED 6:29PM, JAN 22 2022
Shishkin showed the heart of a champion to come back off the canvas to land the knockout blow