What did we learn from an attritional John Durkan Chase? 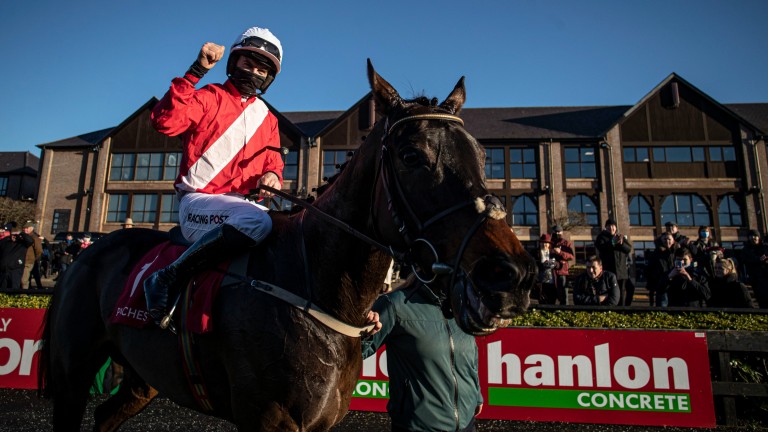 Allaho won a race in which the complexion was changed both by the omission of three fences due to low sun and by the exit of Asterion Forlonge three out. But what did our experts make of it with a view to future Grade 1 highlights?

'The King George is made for him'

Asterion Forlonge was the best horse in the race on the day. He will take some stopping in the King George if Willie Mullins goes down that route and he will go off about 4-1, never mind the current 12-1, if he shows up at Kempton.

The problem with the giant grey is you can't rely on him. Just when he was about to take the John Durkan by the scruff of the neck, he came down.

It was such an Asterion Forlonge thing to do. That said, the ease with which he travelled to three out was quite striking and he seemed to be loving it. The King George is made for him.

Allaho is a relentless galloper. His class got him home and he will be hard to beat in the Ryanair Chase once again.
David Jennings, deputy Ireland editor

My main takeout is that Envoi Allen is not the horse many, including myself, hoped and thought he would be. After racking up that brilliant winning sequence, he has now disappointed in three of his last four runs.

Everything looked set up nicely for him, but he was off the bridle a long way out. Maybe he needs dropping back to two miles.

Even though Allaho was not at his best, his will to win was impressive and, providing such a gruelling race hasn't left its mark, he remains the dominant force over two and a half miles.
Andrew Dietz, reporter

Will Willie Mullins stick at two and a half miles with Allaho?

Trying to pick out the horse with the most upside is not straightforward given only Envoi Allen and Fakir D'Oudaires had enjoyed a prep run.

As a longtime fan of Asterion Forlonge it's easy to make a case that he was travelling all over his rivals but four out is still a fair way from home at Punchestown and it was tough going up the straight.

While it didn't work out for one of the Joe and Marie Donnelly runners, Melon stayed on well to be third at 50-1 and presumably will be sent out to bat against A Plus Tard over three miles at his favoured Leopardstown over Christmas.

Arguably the most intriguing question is whether Willie Mullins and Cheveley Park are content to stick at two and a half miles with Allaho, perhaps with a lighter campaign to allow him a crack at the Cheltenham and Aintree Grade 1 double. Or will they continue to search for alternative trips with a view to a more historic prize at the festival than the Ryanair?
Scott Burton, reporter

FIRST PUBLISHED 5:00PM, DEC 5 2021
Asterion Forlonge was the best horse in the race on the day. He will take some stopping in the King George if Willie Mullins goes down that route