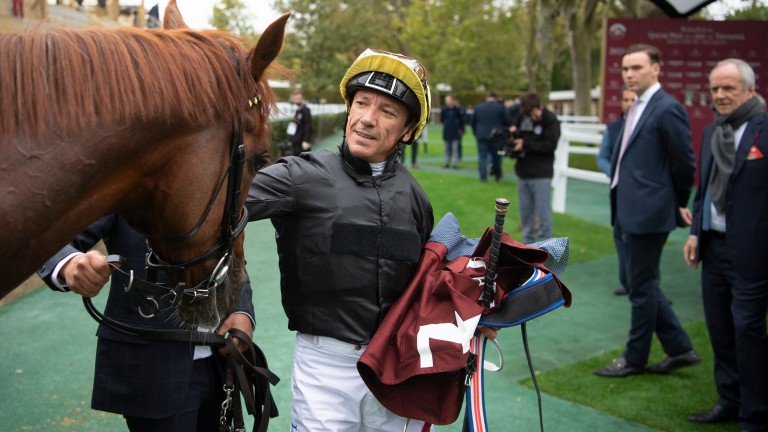 TRUESHAN cemented his mantle as the new king of the staying division with a typically tenacious performance in retaining his Qipco British Champions Long Distance Cup crown – but Frankie Dettori was furious after riding his old rival Stradivarius to third.

"The kid in front did everything he could to get me beat," fumed Dettori after the three-time Gold Cup hero was left with too much ground to make up. "It was a disgrace."

The Italian was kept three wide into the first turn and the Joseph O'Brien-trained Baron Samedi, who eventually weakened to finish sixth, was again an obstacle when Stradivarius challenged in the straight.

Baron Samedi's rider Dylan Browne McMonagle defended himself in the wake of Dettori's verbal attack, saying: "I just pulled my horse out for a run and I didn't have enough under me to go through with it," he said. "Look, that's race riding and that's how it goes."

In contrast, Hollie Doyle managed to keep Trueshan out of trouble well enough for Alan King's stayer to land a second big staying prize in the space of two weeks following his victory in the Prix du Cadran at Longchamp.

Relief rather than pleasure appeared to be the overriding emotion for King, who thought his team had "got away with it" running Trueshan so soon after Paris.

On that occasion he had Stradivarius, for so long the dominant force in the staying division, four and a quarter lengths in arrears and it was an almost identical margin back to the staying legend on this occasion, with 50-1 chance Tashkhan splitting the pair in second.

However, this was a completely different test from the Cadran, with the pace best described as muddling and plenty of scrimmaging for position. Stradivarius wasn't the only horse affected, with Trueshan also forced wide into the straight, but his strongest trait has long been his strength at the finish and he answered every one of Doyle's calls to emerge a length and a half clear of the runner-up.

Members can watch the replay

"The pressure was huge," said King. "I didn't even come last year and stayed at home. I was more nervous today because of the fact it had only been two weeks since Longchamp.

"He was quite a handful to saddle and quite hot. I don't think he was at his best but I think we got away with it today, but only just."

The trainer added: "He had to be very brave today – the runner-up kept coming back at us and I thought Stradivarius ran a great race. Let's hope we get a wet Royal Ascot next year as it would be lovely to run him in the Gold Cup." 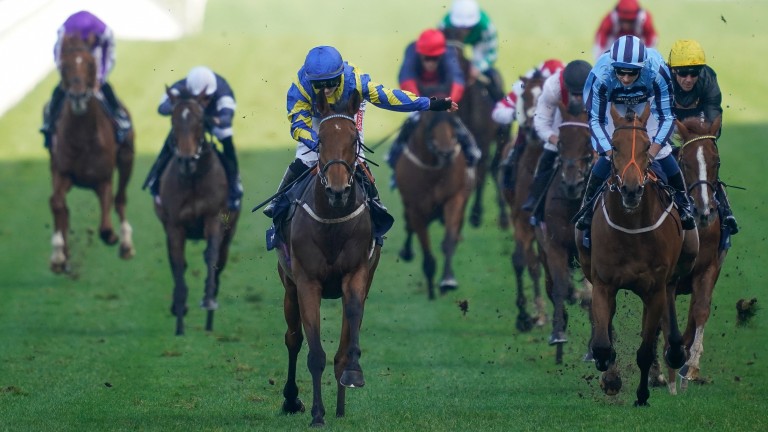 Reliving the race, Doyle said: "It was a bit of a nightmare really. He jumped nicely and I got a nice position early on and he switched off, but at halfway he came to life and raced rather keenly, but that's the way he is.

"I could feel Frankie Dettori [on Stradivarius] breathing down my neck five down and I was wider than I wanted to be, but I had to make my move.

"He's so brave and the further he goes the better. He's a horse you dream of finding in your career and thankfully I did."