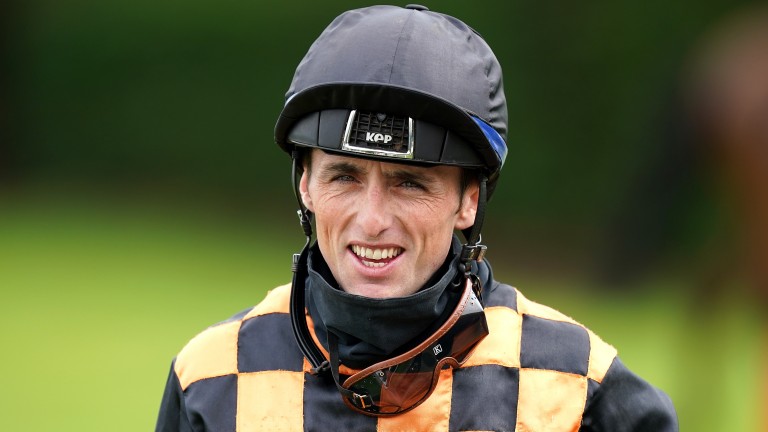 Trevor Whelan is having his best season on the Flat since joining Roger Charlton’s Beckhampton yard and he further illustrated his prowess in the saddle when guiding 8-1 shot Zain Nights to win the mile novice.

The former jump jockey has had a difficult beginning since switching codes, but his newly formed alliance has rejuvenated his career.

Whelan said: “When I was jump racing I was riding out for Roger during the quiet times. Unfortunately I got injured and I broke my leg at Chester and had two shoulder operations so I've missed probably seven or eight months. This year Roger has given me a lot of rides and winners and I’m very appreciative of that.”

He added: “Zain Nights is a lovely horse, he's nice natured and has an easy way of going. I thought he ran well at Nottingham and he came on a lot after that and today he jumped and travelled really well.”

“I was just waiting down the straight for a bit of room, because we were all up on top of the rail so I just switched out and [Jamie] Spencer came down our outside and headed him, but he battled back really well and was on top going away to the line.”

The Ed Walker-trained Molls Memory bolted up by four and three-quarter lengths in the 7f handicap for the third consecutive year under Tom Marquand, who completed a double on the day. Marquand struck earlier on 5-2 chance Hoodwinker in the 1m2f fillies’ handicap for long-standing ally William Haggas.

FIRST PUBLISHED 6:52PM, OCT 22 2021
This year Roger Charlton has given me a large quantity of rides and winners and I’m very appreciative of that