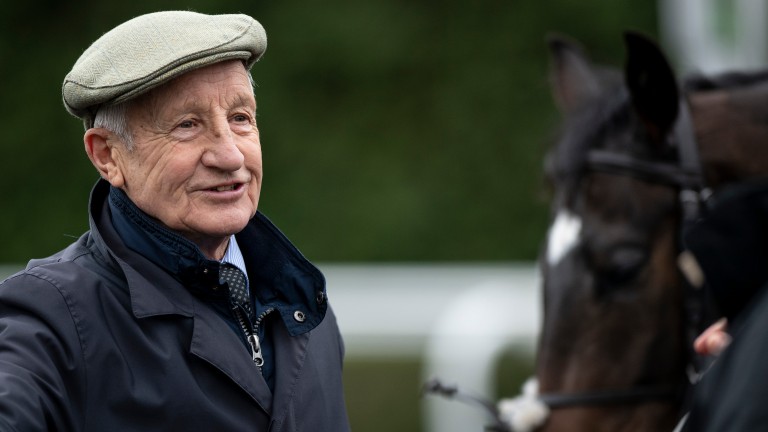 Michael Madgwick joked he will never be brave enough to back his runners when they are rank outsiders, but that did not dampen the local trainer's celebrations following 100-1 shot Big 'n Better's shock victory in the 2m3f maiden hurdle.

The big-priced winner theme continued at Wincanton, where Catchin Time struck at 125-1 for Laura Hurley and amateur jockey Peter Summers in the 2m5½f handicap hurdle.

Madgwick, who is based at Denmead in Hampshire, was enjoying his first winner of the season. The success ended a 513-day barren streak in terrific style, with the nine-year-old putting up a fine front-running performance under Marc Goldstein to win for the first time under rules.

It was a remarkable sense of deja vu for the trainer and the Goldstein family as Marc's brother Jamie rode a winner for Madgwick at the same three-figure price at Lingfield in October 2012.

'We're keeping it in the family lines'

"I've never been a betting man as I'm not that brave! I think one or two of the boys had a few pounds on him but not me. I'm over the moon with that," a delighted Madgwick said.

"It's funny because Marc's brother Jamie won on a two-year-old for me called Multitask at Lingfield at 100-1, and their dad Ray rode winners for me too, so we're keeping it in the family lines!"

Despite the lofty odds, Madgwick was confident of a bold showing from Big 'n Better, who is owned by the Queen Mother's former stable jockey Bill Smith.

He added: "He actually ran really well at Newbury last time as he'd been off the track a long time. I said to Bill that he's so well and will run a big race whatever happens. It's wonderful when horses like him can do the job for us."

The two big-priced winners on Monday means there have been 21 winners at odds of 100-1 or greater in Britain and Ireland since racing resumed in June. In the previous 33 years, there were 179 such winners.

Fontwell has been a happy hunting ground for the Moore family and Grade 1-winning jockey Jamie brought up his 150th winner at the track aboard Episode in the 2m3½f handicap chase, before doubling his tally for the day on Furlough Me in the bumper.

Jack Quinlan was given a seven-day ban following his winning ride on Friends Don't Ask in the 3m2f handicap chase for using his whip with excessive force after the final fence.

What's on this week: Envoi Allen could star in an Easter feast for racing fans