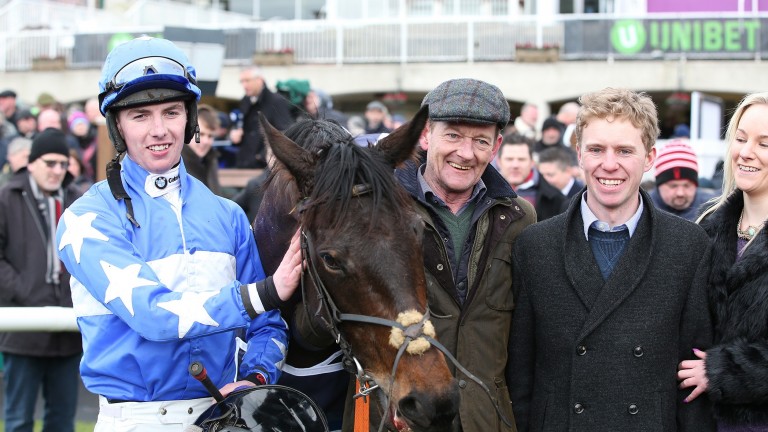 Shane Crawley is considering an appeal against the decision of the stewards to hand the trainer a €2,000 fine and give rider Chris Timmons a ten-day suspension after they were found to be in contravention of the non-trier's rule with Frisco Queen following her sixth-place finish in division one of the 2m mares' maiden hurdle.

In his evidence, Timmons stated that he was instructed to jump off in mid-division and give the filly – who was beaten 23 lengths behind Mt Leinster Gold – plenty of daylight, get her to pop around and do the best he could. He described the filly as being small and not a natural jumper, and that he rode in a manner primarily to avoid a fall for him or the filly.

Timmons, who had ridden her when she fell at Down Royal, also stated that the filly was not ideal at any hurdle and that a harder ride could have resulted in a fall.

Crawley confirmed the instructions and added that in his opinion the filly had the ability to win a summer maiden and would prefer nicer ground, while also suggesting she jumped low.

However, the stewards were of the opinion that the trainer and rider were in breach of rule 212 and issued their penalties accordingly, while Timmons was also ordered to forfeit his riding fee and suspended Frisco Queen from running for 42 days.

Commenting later, Crawley said: "I was a little bit surprised that they came to such a conclusion. I'm considering whether to appeal."

Denis Hogan seemed to think a crack at the Boodles Juvenile Handicap Hurdle had gone by the wayside for his Flat import Zanavi after an uninspiring debut at Punchestown in December, but he will have to think again after the son of Champs Elysees was an impressive winner of the opening 2m juvenile maiden hurdle. 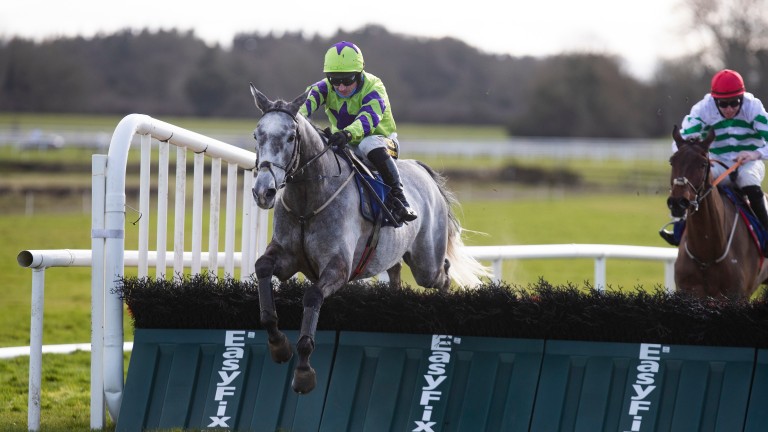 Zanavi: could be Cheltenham bound following his victory at Fairyhouse
Patrick McCann

The ex-Dermot Weld-trained gelding got a handle on his jumping as the race developed and galloped away from the odds-on favourite Showbusiness between the last two flights before winning by an easy 13 lengths from newcomer Brookline, who edged out Showbusiness on the line to earn second spot.

"I was expecting him to run well but there were two very well-fancied horses in the race and I expected to be third," Hogan said. "He has come on a lot from Punchestown, but he was putting down at the first few hurdles and he was only getting confidence in his jumping as he went. He takes time to warm to it.

"We were hoping he would be a horse for the Boodles, we scrapped that idea after Punchestown but the entries are on Tuesday so I'm sure he'll be going in."

Elliott has high hopes for Folcano

It was a bit of a struggle for Folcano to justify 4-9 favouritism in the first division of the 2m3½f maiden hurdle under Jack Kennedy, but he gained the upper hand in seeing off the persistent challenge of runner-up Carrig Rock by a neck.

Trainer Gordon Elliott has reasonably high hopes for the son of Falco, who said: "Don't be surprised to see this fellow in the Martin Pipe at Cheltenham."

Another Cloth Cap? Hemmings and O'Neill team up with future 'strong stayer'

FIRST PUBLISHED 7:30PM, FEB 22 2021
We were hoping he would be a horse for the Boodles, we scrapped that idea after Punchestown, but the entries are Tuesday so I'm sure he'll be going in