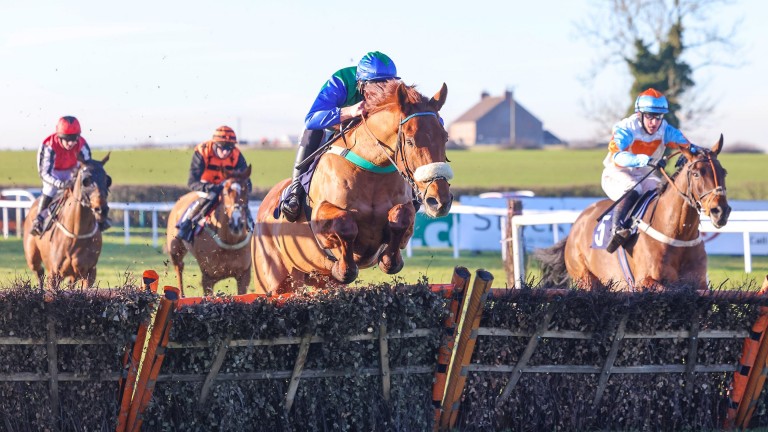 Hajey, the only jumps horse in Flat trainer Tracy Waggott's yard at Spennymoor, sprung a 28-1 upset under an enterprising Tom Midgley ride on Friday.

The conditional rider, son of Flat trainer Paul Midgley, started the year with a bang when winning at Musselburgh on Champion Hurdle entry Tommy's Oscar and struck again in division one of the 2m4f handicap hurdle at Sedgefield in just his fourth ride of the year.

Making the majority of the running on Hajey, Midgley kept just enough up his sleeve to fend off Son Of The Somme to record his tenth victory of the season.

Waggott, who is rarely sighted fielding a jumps runner, registered her first winner in the code since the 2012-13 season, with four of her five successes coming at Sedgefield.

May day for Ellison

Brian Ellison took the feature 2m3½f handicap chase for the third time in a row when The King Of May returned to winning ways under Brian Hughes.

The Phil and Julie Martin-owned eight-year-old, having his second start after wind surgery, recorded his first win since scoring at the track nearly two years ago. 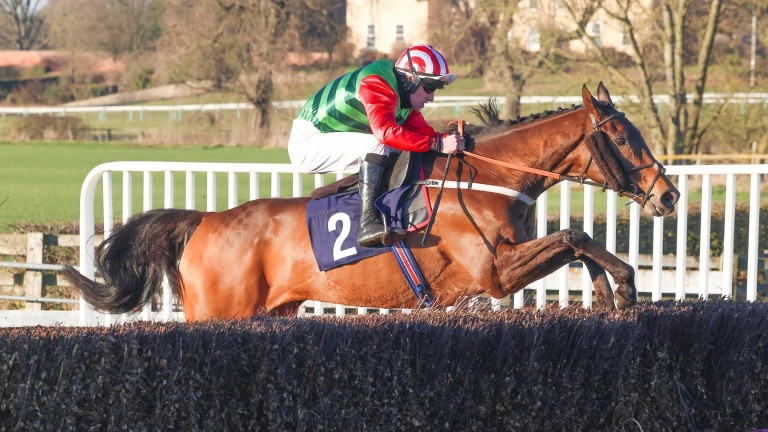 The King Of May hands Brian Ellison his third win in the feature at Sedgefield
John Grossick (racingpost.com/photos)

The track's general manager Emma White was in charge of her final meeting before she prepares to take up a similar position at Limerick racecourse.

White, who has been in the role for just over three years, was presented with farewell gifts by members of the weighing room.

Craig Nichol missed his first ride on the card after being involved in a car accident but arrived in time to partner Grey Atlantic Way, who finished a gallant second to Dalkingstown in the 3m2½f handicap chase.

FIRST PUBLISHED 6:00PM, JAN 14 2022
Waggott, who is rarely sighted fielding a jumps runner, registered her first winner in the code since the 2012-13 season