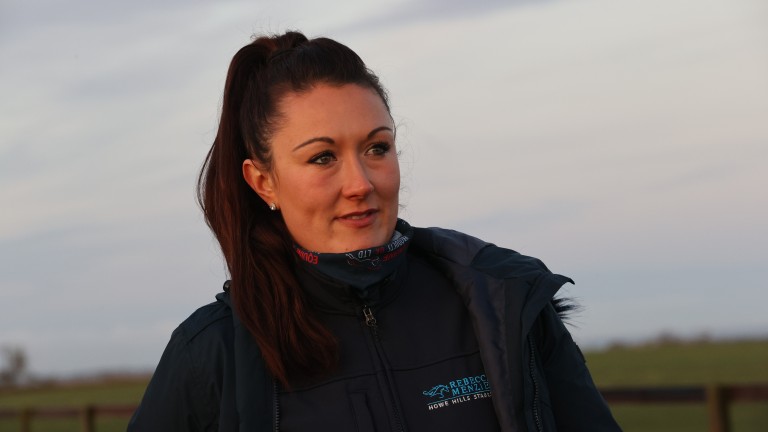 Sao earned himself entries in some top spring targets after making it three chase wins on the spin in a dramatic 1m7f handicap chase.

The seven-year-old was beaten in a jumpers' bumper at Newcastle last week, but showed no ill effects under Nathan Moscrop to take a contest in which four of his six rivals failed to complete.

Trainer Rebecca Menzies said: "He was good today despite being a little bit keen. He's probably going to go up a couple of pounds and should get into a nice handicap in the spring.

"He'll have a nice break, so the Grand Annual would be an option and then have a look at Aintree and the Scottish National meeting."

Menzies was quick to highlight the work of Moscrop, crediting him with playing a leading role in settling Sao since the gelding joined the yard from Paul Nicholls in the summer.

Lust For Glory too good

Smart mare Lust For Glory got off the mark over fences at the third time of asking with an authoritative success in the 2m3½f mares' novice chase under Sam Waley-Cohen.

The eight-year-old had some good form over hurdles, but had yet to produce a similar level over fences.

Messire Des Obeaux proved too good for her at Wincanton last time but, in calmer water here, Lust For Glory looked at ease in the testing conditions, pulling seven and a half lengths clear.

FIRST PUBLISHED 6:28PM, JAN 12 2021
He'll have a nice break no the Grand Annual would be an option and then have a look at Aintree and the Scottish National meeting

'He was like his old self' - Nicky Henderson buoyed by Buveur D'Air's return Hail Bailey, Bass and all the stars who made this a day when miracles happened 'We only survived by a hair's breadth' - Haydock clerk relives snow drama Champion or Ryanair? Game Spirit may settle debate on Altior's festival target 'There's no way I thought he'd win' - Economy matched at 800 in Ayr blockbuster 'If he continues to improve we'll have some lovely targets to look at'