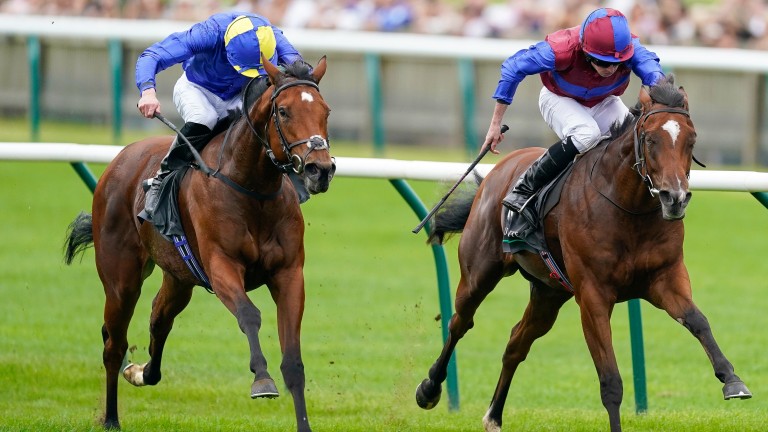 For much of the season Tenebrism was missing. She also seemed to be absent for most of the Juddmonte Cheveley Park Stakes. When she finally appeared it became apparent she had been well worth the wait.

Since scoring on her debut in late March, the exquisitely bred daughter by Caravaggio out of Immortal Verse had not been running. Over the same period Ballydoyle's juvenile bluebloods had not been winning, certainly not with the regularity of a normal season. Going into this late September Saturday only one of Aidan O'Brien's two-year-olds had landed a Group prize.

This was the afternoon when all that changed.

Just five minutes before Luxembourg became Derby favourite at the Curragh, Tenebrism surged to second spot behind Inspiral in betting on the Qipco 1,000 Guineas. She did so by unleashing a stunning turn of foot to run down and gallop clear of Flotus, with the pair having raced closest to the stands' rail.

Tenebrism – who like Luxembourg runs in the colours of Westerberg, the racing operation of Georg von Opel – was last to leave the stalls but thereafter displayed a level of professionalism that, due to her inexperienced, seemed to surprise even her trainer.

Flotus, who lead most of the way, finishes in second

"I didn't think it was possible for her to do it, not because of ability, but because of the layoff," said O'Brien.

"She had a setback after her first race and was off a long time. She was literally just ready to come racing. I had a knot in my stomach, wondering whether it was fair to run her, but there's only one Cheveley Park, and you don't often get horses with her speed and turn of foot. I just thought today was too early for her."

O'Brien was pleased to be wrong about a filly now quoted at 8-1 for the Guineas, before which she could be off to Del Mar, which would no doubt please another of her owners, Merriebelle Stables.

"It's a rare thing to see a horse quicken like that – not many horses can do it," added O'Brien. "How far will she stay is the next thing? I had her in a seven-furlong race this weekend and usually if they get seven they might get a mile.

"If she was to go again this season it would be to America but the lads will decide whether or not they want to go to the Breeders' Cup. It would depend on how she comes out of this race but we would be delighted to go." 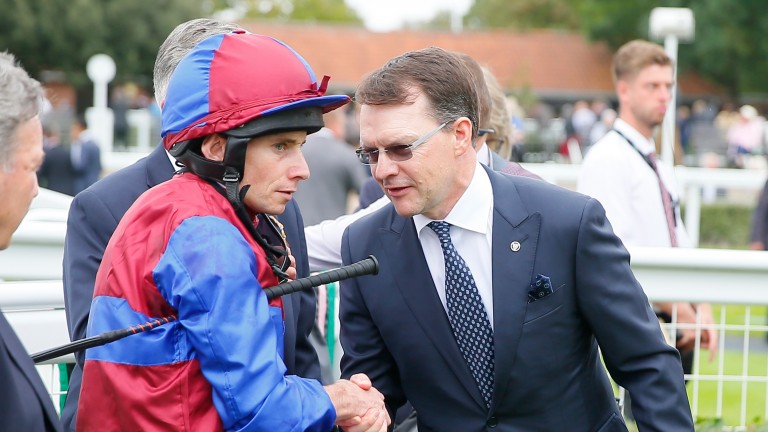 "I was saying to Aidan that he did us with Ten Sovereigns when Jash was second in the Middle Park and now he's done the same," said joint-trainer Simon Crisford. He can look forward to the future with Flotus and after a difficult summer with his babies, O'Brien can certainly do the same.

"In the middle of the season they went through a lull. For six weeks we had a very quiet time but we couldn't find anything wrong," he explained.

"They were running alright but they weren't winning. We just had to wait, sit quiet and let them come. They're now all just starting to come again. The spark is coming back."

Nobody who saw Tenebrism on the Rowley Mile would disagree.

FIRST PUBLISHED 2:38PM, SEP 25 2021
Even at halfway I was thinking it wasn't the right thing to run her, but she has that burst of speed which is unbelievable

Cheveley Park runner-up Flotus to be offered at Tattersalls December Mares Sale 'Four Gold Cups, an unbelievable horse' - Aidan O'Brien recalls Ascot hero Yeats How do we hope to attract fans if we can't even start races on time? O'Callaghan set for maiden voyage to Breeders' Cup with speedy Twilight Jet Order Of Australia 'didn't show up' as he trails in last in Keeneland Grade 1 'Man among boys' - Native Trail storms home in Dewhurst to cement Guineas claims