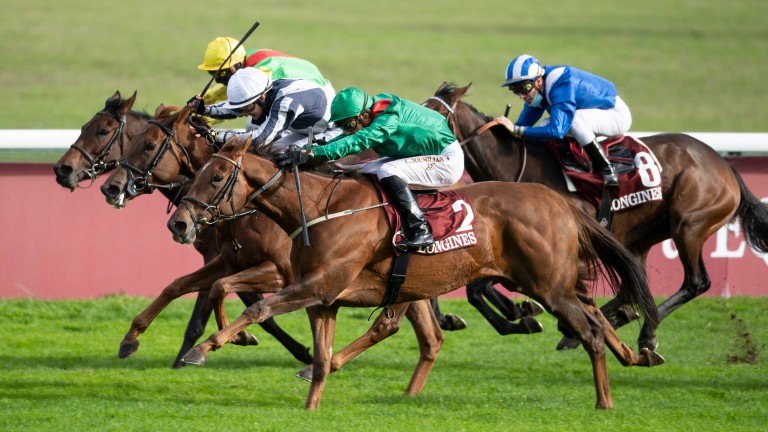 With their younger generation ruled out by the contaminated horsefeed debacle, the old guard stepped in to fly the flag for Ireland on Prix de l'Arc de Triomphe day.

Dermot Weld and Jessica Harrington can give a year or two to Aidan O'Brien and sons Joseph and Donnacha, whose runners were all forced to miss Longchamp.

But with age comes wisdom and the pair combined to end French domination of the card and land a one-two in the Prix de l'Opera Longines.

For much of the way it appeared Harrington was going to take the 1m2f contest as Alpine Star promised to make it third time lucky after two Group 1 near-misses since her Coronation Stakes success at Royal Ascot.

But she was caught in the last 50 yards by the Christophe Soumillon-ridden Tarnawa, who was dropping back in trip from her victory in the 1m4f Prix Vermeille here last month and whose stamina kicked in late on.

Weld has been training winners on this card since Committed landed back-to-back Prix de l'Abbayes in 1984 and 1985 and had targeted the Aga Khan's filly at this part of the season.

"I specifically trained her with the autumn in mind this year," he said. "I did something similar last year with Eziyra, and she did me proud, but she just wasn't able to bring us to the heights that this filly has. 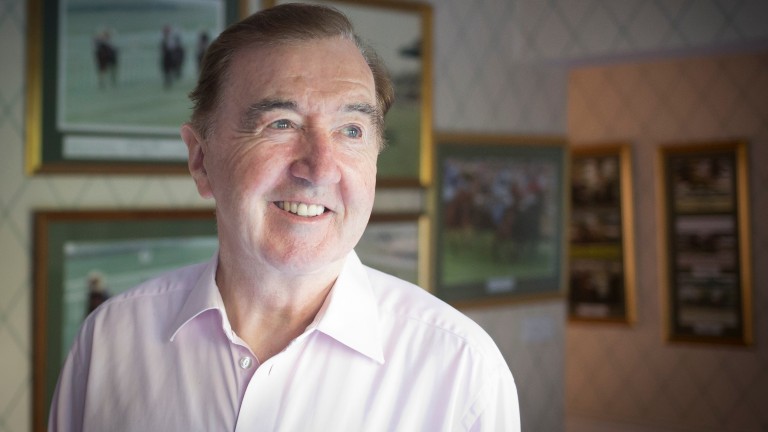 Dermot Weld: "I specifically trained her with the autumn in mind this year"
Patrick McCann

"Tarnawa was very busy last year. She started off in April at Leopardstown when she won her maiden, and she was kept going right the way through to the latter stages of October, winning three Group races along the way.

"I didn't want to do that this year. The whole plan was the second half of the year and it's worked out great.

"Early on I was concerned she wasn't handling the ground at all, but there is a standard way we ride Tarnawa all the time. We take our time and gradually improve throughout the race, and that's what Christophe did."

The US now beckons, as Weld said: "I'd imagine she will now go to the Breeders' Cup for the Filly & Mare race or the Turf.

"She's also in the Fillies and Mares race at Ascot on Champions Day, but we will have to review it all and see how she comes out of Longchamp first."

Alpine Star had been second in the French Oaks and Prix Jacques le Marois on her two previous starts, and Harrington said: "She ran a cracker, she's some filly. If the other horse had come to her earlier, she'd have battled back because that's the kind of horse she is.

"If you told me at the beginning of the year she'd be second in three Group 1s and win one, I'd have taken it.

"She's finished for the year now but she'll stay in training next year, which is brilliant." 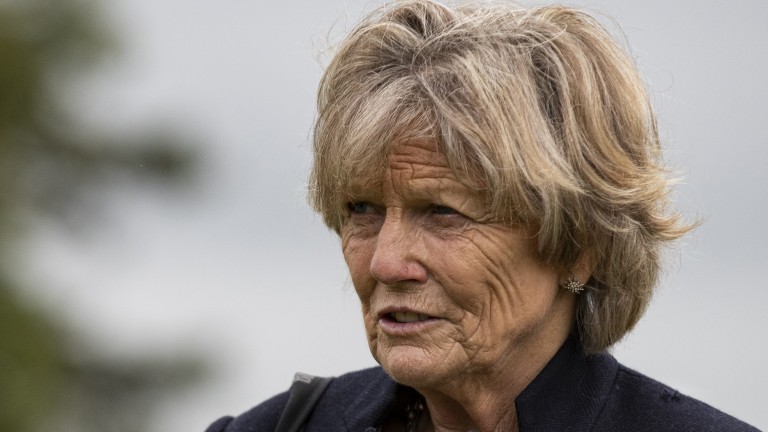 Jessica Harrington: "If you told me at the beginning of the year she'd be second in three Group 1s and win one, I'd have taken it on a plate"
Patrick McCann (racingpost.com/photos)

FIRST PUBLISHED 5:40PM, OCT 4 2020
The whole plan was the second half of the year and it's worked out great