Marcus Tregoning back in the big time with exceptional miler Mohaather 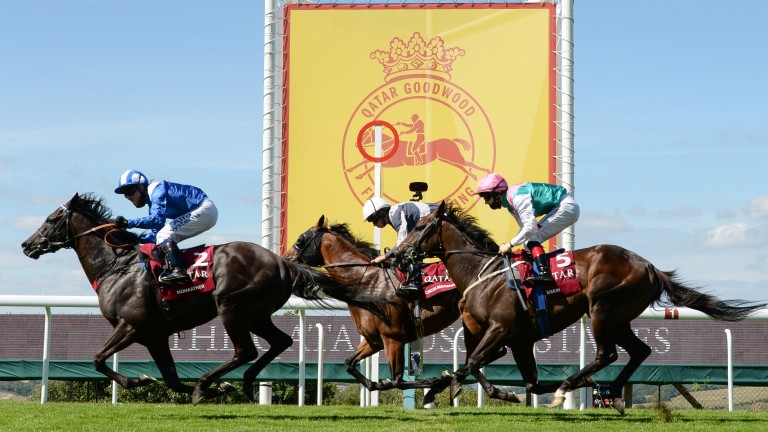 He had to do it the hard way but Mohaather proved he was king of the milers when producing a devastating turn of foot to land a vintage Qatar Sussex Stakes.

Winning trainer Marcus Tregoning described the race as a "nightmare" at times but, having circumnavigated the entire field, Mohaather showed an exceptional change of gear that propelled him to the front and sent his trainer back into the Group 1 spotlight for the first time since Sir Percy completed a rags-to-riches success in the 2006 Derby.

"He's a proper horse," declared Tregoning, sporting his trademark Panama at his favourite track. "It was a little bit of a nightmare but I knew if he got out then he'd have the speed. 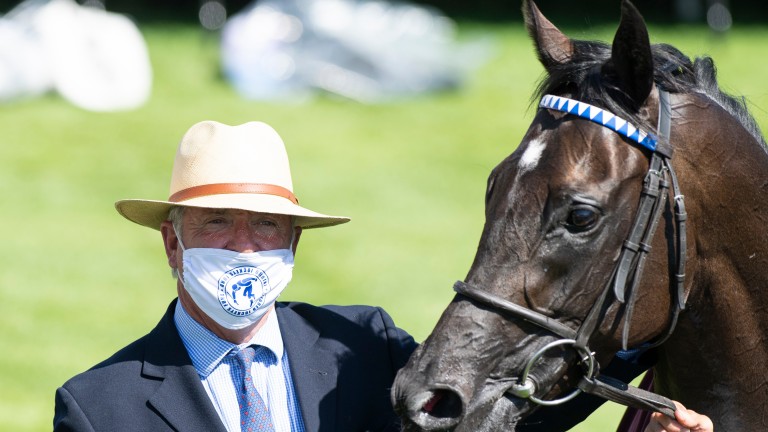 "He's got a very good turn of foot and finds heaps under pressure. I'd have been pretty sore if he hadn't been able to win because I thought I had him in really good order. I thought he'd win, all the indications were we had him right."

With the Eclipse restricted to older horses this year and the King George failing to attract a single three-year-old, the Sussex provided an overdue clash of the generations and a stronger line-up you could not find.

The 2,000 Guineas winners from both Newmarket and the Curragh were present, as was the Queen Anne hero. Yet even giving 8lb to the three-year-olds, Mohaather was an irresistible force under Jim Crowley, who took the crucial decision to head for the wing two furlongs from home.

"The race probably didn't go to plan," admitted Crowley. "I was quite well marked throughout and the horse really got me out of it. We went forward today on him but I didn't think the pace was particularly strong and then Frankie arrived up on the outside and we weren't in a great pitch all of a sudden.

"I had to let the race unfold and then pull him around the field. I got on to the back of Siskin and when he saw daylight he just absolutely flew. Giving weight away I thought it was a very special performance and, the way it panned out, he was exceptional."

Crowley added: "I've never had any doubt he could win a Group 1 over six furlongs and would say he's in the mould of some of the really good horses." 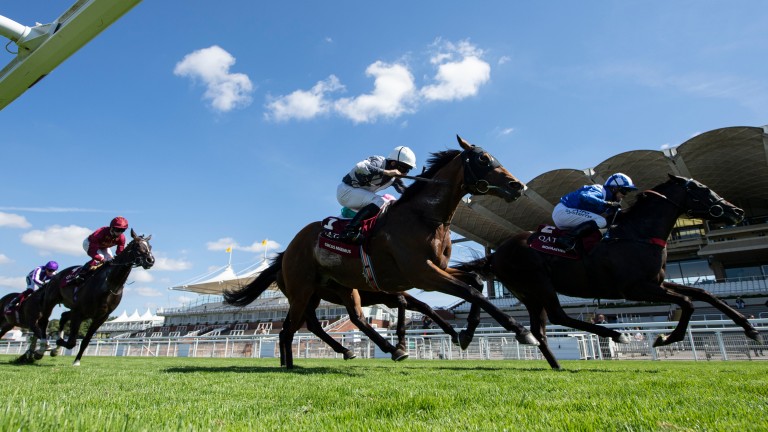 Circus Maximus was carried out on his shield, finishing runner-up in the race for the second year running having tried to make all, while Irish Guineas winner Siskin ran another screamer in third.

If there was an unlucky horse in the race it was without doubt Kameko in fourth, who was all dressed up with nowhere to go on the rail. But Mohaather had to overcome his own troubles, and whether the 2,000 Guineas hero would have lived with the winner's raw acceleration with a clear run is open to considerable debate.

A rematch would certainly be interesting but this day belonged to Mohaather and Tregoning, whose standing as one of the most popular men in racing was abundantly clear as those lucky enough to be on course formed an orderly queue to give their congratulations.

Since Sir Percy's heroics at Epsom, Tregoning has been forced to move from Lambourn to Whitsbury to keep his head above water, seen numbers at his yard fall steeply and went six years without a Group-race winner before Mohaather landed the 2018 Horris Hill Stakes.

But with Mohaather's owner Sheikh Hamdan firmly in his corner once more, the spring is very much back in the 60-year-old's step and he welcomed back the good times with warm enthusiasm.

"This is pretty special," he said. "I'm lucky to train horses for Sheikh Hamdan because he's been an avid supporter. You've just got to get the horses and, hopefully if I can get a few more, we'll be visiting here a bit more often.

"All my owners want to win the Sussex Stakes so I wanted to win for all of them as well. I was with Dick Hern for 14 years and he could not stand coming to this meeting and not having a winner. That's where my love for the place comes from. It's the most magnificent racecourse." 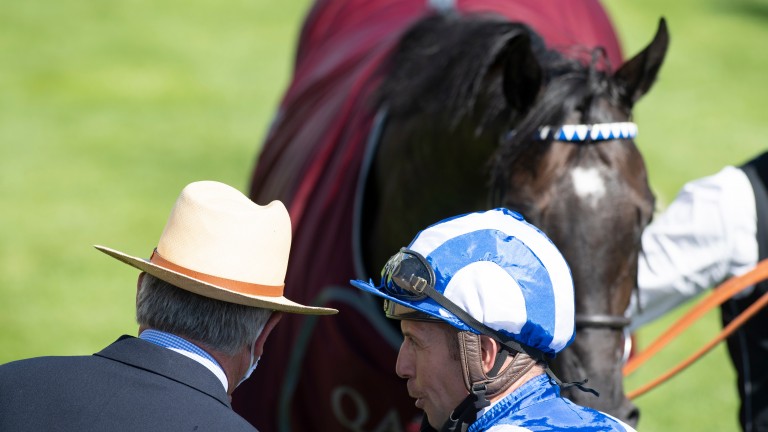 Despite the winner's raw speed, Tregoning thought it likely connections would resist dropping back to sprinting and instead target the big mile races before the end of the season, with the Queen Elizabeth II Stakes at Ascot on Champions Day the race he kept coming back to.

The victory had a real family feel to it, with Tregoning's son George the first to embrace his father, while his 15-year-old daughter Alice rides the winner at home.

It was also fitting that the horse who has taken him back to the big time is sired by Showcasing, the up-and-coming stallion who stands on the same estate as where Mohaather is trained from at Whitsbury, once home to fabled chaser Desert Orchid and back on the big-race map in style.

FIRST PUBLISHED 3:29PM, JUL 29 2020
I've never had any doubt he could win a Group 1 over six furlongs and would say he's in the mould of some of the really good horses