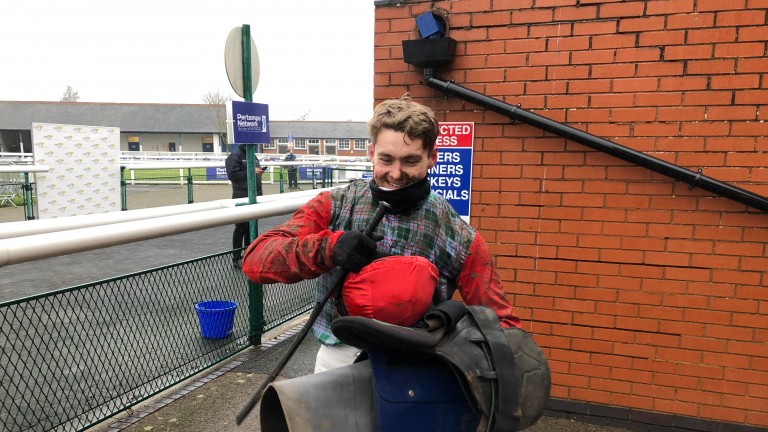 Jonjo O'Neill Jr sported the Sea Pigeon silks aboard Leicester winner When You're Ready
1 of 1
By Jack Haynes 5:19PM, JAN 13 2021

Jonjo O’Neill enjoyed Champion Hurdle and Ebor success on Sea Pigeon and the versatile star’s silks were back in the winner’s enclosure at Leicester following the victory of When You’re Ready in the 1m7½f handicap hurdle.

The recognisable colours are now used for the three horses in the trainer’s racing club – When You’re Ready, Cheltenham winner Tegerek and five-time scorer His Dream – with membership costing £99 a year.

It was a slow-motion finish on heavy ground with Jonjo O’Neill Jr galvanising the lightly raced seven-year-old to score by a head and a neck in a thrilling finish.

O’Neill Jr said: “They’re illustrious silks and were great ones for dad. I used them for pony racing a few years ago, so it’s nice to be back in them. They’ve been with the family a good while now.

“It was an attritional finish but When You’re Ready has ran well over further and coped with conditions. All he does is stay and thankfully he managed to get back up on the line.”

Zambella sealed a hat-trick of Listed wins in the feature Pertemps Network Mares’ Chase under man of the moment Daryl Jacob.

Fresh from a 3,275-1 five-timer for five different trainers at Wincanton on Saturday, Jacob made his only ride of the day count as the Nigel Twiston-Davies-trained six-year-old, owned by Simon Munir and Isaac Souede, stepped successfully out of novice chase company.

Jacob said: “She’s getting better and better and we’re finding the right races for her.

“When she came over from France she was very keen and excitable, but the earplugs help keep a lid on her.

“Saturday was a nice achievement, particularly to ride winners for five different trainers, and I’m told only a certain AP McCoy and Brian Hughes have done it in recent years.”

A midweek trip from Herefordshire was certainly worthwhile for Venetia Williams as the trainer enjoyed her first treble of the season.

Jack Valentine initiated the successful afternoon on his debut over fences in the 2m novices’ handicap chase, followed by The Crooner, who took his track record to 2-2 in the 2m4f handicap chase, and talented mare Fontaine Collonges, who took the 1m7½f novice hurdle.

Williams, who recorded video feedback for owners from jockey Charlie Deutsch after each race, said: “I was surprised Jack Valentine was favourite but I’m delighted to be wrong. Chasing is the way forward for him and Charlie gave him a very well judged ride. 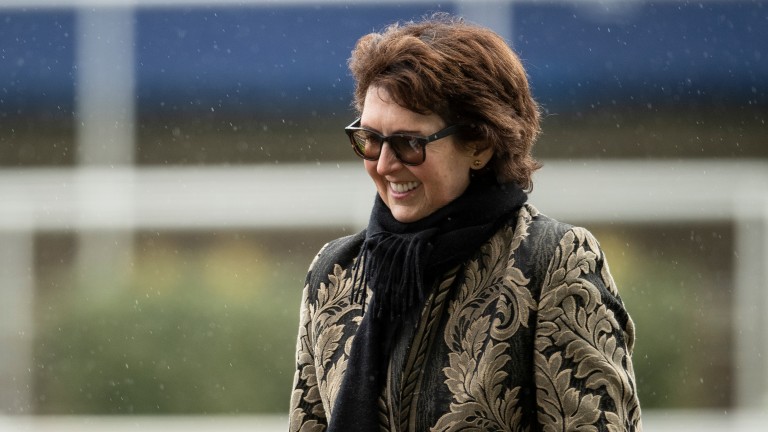 “I’ve been scratching my head with The Crooner as to why he’s been coming up short, but we’ve kept trying and he likes it here.

“Fontaine Collonges is a lovely horse and she was our strongest chance. I was going to step her up in trip but we thought testing conditions and the uphill finish might compensate for it here.

“When she was headed halfway up the running I was cussing myself, but she showed plenty of resolve and stamina is her forte. The real excitement with her will be when she goes chasing.”

FIRST PUBLISHED 5:19PM, JAN 13 2021
They’re illustrious silks and were great ones for dad. I used them for pony racing too a few years ago, so it’s nice to be back in them

'Royale Pagaille wouldn't be out of his depth' - Deutsch has no Gold Cup qualms Hail Bailey, Bass and all the stars who made this a day when miracles happened 'The world is his oyster' - Royale Pagaille storms into Gold Cup reckoning Fantastic four: Kapga De Lily continues rampant run of form Paul Kealy evaluates Buveur D'Air's long-awaited return in Grade 2 hurdle One trainer, one horse, one jockey and one race to watch on Saturday