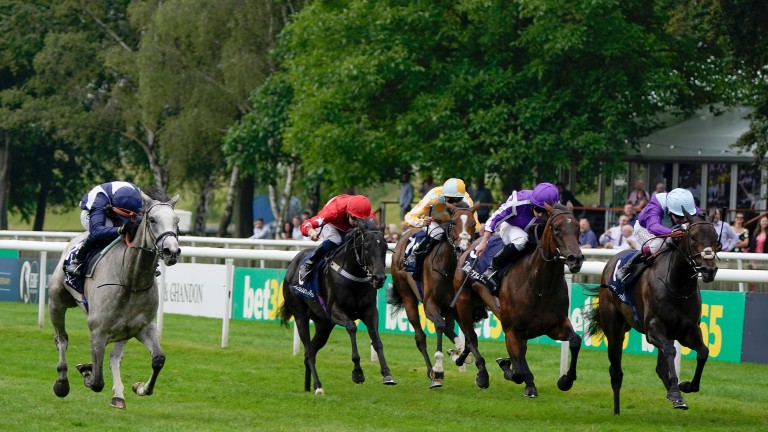 Her dam Sky Lantern controversially went down by a neck to Elusive Kate in 2013 and her connections were unsuccessful in their appeal after they believed their Classic winner had been impeded by the winner.

"It's very special as there was a score to settle with Sky Lantern a few years ago," said trainer Richard Hannon. "I've always thought she was extremely good – she has the pedigree as a daughter of Frankel."

Snow Lantern had a second score to settle at Newmarket after being beaten by Alcohol Free in the Coronation Stakes. However, her Royal Ascot conqueror could manage only third behind 1,000 Guineas heroine Mother Earth, who was beaten half a length by the Sean Levey-ridden winner.

"I shouted when the gap opened up for her and I never shout. Usually as soon as I start shouting they tend to stop," said Hannon, who will no doubt hope his support has the opposite effect when he cheers on England in the Euros final at Wembley on Sunday. 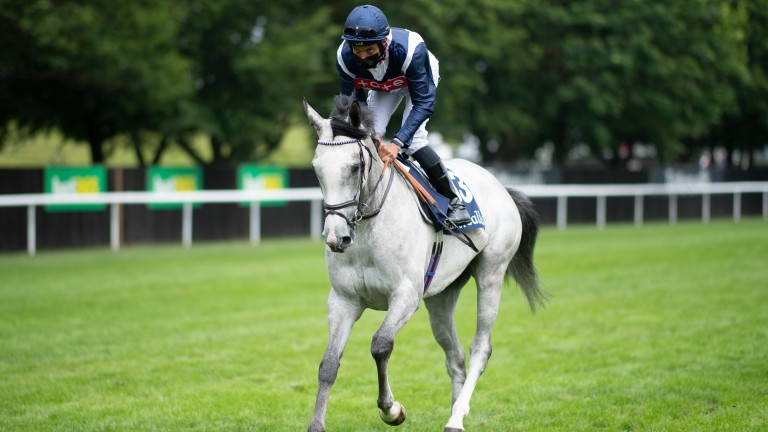 "She looked like she was going to struggle for room but Sean had the horse under him and she was brilliant. He's riding great but a winner like this will do an awful lot for him and for the yard too."

Snow Lantern caught the eye when winning a Newbury maiden in April but it has not been completely plain sailing for the grey, who was a beaten favourite at York and just missed out at Royal Ascot.

Hannon was unsurprisingly delighted in the winner's enclosure – and when holding court with the assembled press after the race – but there was relief too as his stable star fulfilled her huge promise.

"All you feel is relief, more than anything," added the trainer. "After her run at York, she had to do something or I'd have looked a bit of a plonker. She showed that at Royal Ascot on testing ground.

"She was a little bit unlucky in the Coronation Stakes but was really exceptional there. This was an extremely good race too. Usually there are two or three good fillies but they were all in the line-up today.

"She's got a big following and she's shown how good she is – I'm delighted for Rockcliffe Stud after everything with Sky Lantern."

It is a far cry from a day to forget for Hannon in May, when Derby runner-up Mojo Star was beaten at Newbury just under two hours after Snow Lantern lost at York, and the trainer joked: "I thought 'this will be a long year'. I wondered if I'd chosen the right career."

Levey cut a contemplative figure outside the weighing room before the race but his game face gave way to a beaming smile as he soaked up the applause when entering the winner's enclosure. He was also treated to a shout of 'Go on Sean' by a fellow jockey. 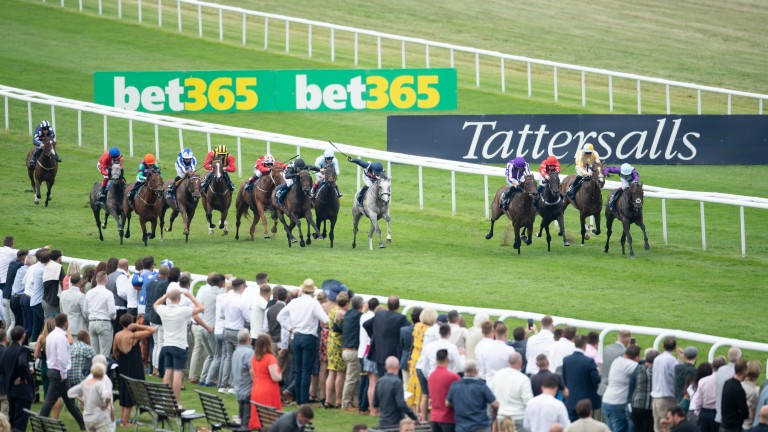 This was a job well done. He has made no secret of his love of Snow Lantern and proved he was the perfect partner when switching her off the rail with a furlong to travel and driving her into the lead.

"It means a massive amount," said Levey after winning his first Group 1 since King Of Change in the Queen Elizabeth II Stakes in 2019. "A lot of hard work has gone into her – it's a big deal.

"I think she has learned with every run. She's known to be keen, so my hands were tied tactically. I was trying to settle her. I thought it would be hard to get off the rail but luckily we were able to."

After winning a "race for the ages", as it was aptly described by racecourse commentator John Hunt, Snow Lantern was cut to 9-2 (from 6) by Paddy Power for the Qatar Nassau Stakes this month.

"We'll sit down and have a think," said Hannon. "She'll get a mile and a quarter and is in the Nassau and Sussex Stakes. I think she'll probably go for the latter. She's in the Juddmonte International too. I'm hopeful she'll stay in training next season as well. I love her."

FIRST PUBLISHED 3:49PM, JUL 9 2021
It means a massive amount. A lot of hard work has gone into this filly

'It fried my head' - jockeys might not enjoy a title battle, but we sure do 'The best year since Frankel' and 'off the charts' - epic Champions Day awaits Love misses Champions Day as Aidan O'Brien reroutes Snowfall to Fillies & Mares Champions Day: big guns on course for Ascot but Poetic Flare out of QEII 'Man among boys' - Native Trail storms home in Dewhurst to cement Guineas claims A Classic star is born? Inspiral delights Frankie Dettori with exciting victory